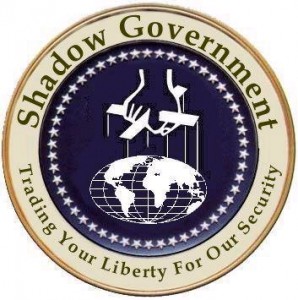 Most people laugh off talk of government or private industry conspiracies, and even the sensationalism Hollywood adds to the theories just makes the general unknowing public skeptical at best. It is much easier for the masses to believe there is no Grand Scheme undermining their normal routine, no secret conglomerate or Unknown Government Agency hiding in the shadows…

…until you become the target of one.

Even without being the direct target, there are some of us who just feel something isn’t quite right with the world, no matter what the media and masses try to make us believe. There may not be a tangible reason, or incontrovertible truth, but that niggling feeling in the back of the head won’t go away just because others don’t see what we see, or feel what we feel in the pit of the stomach.

Recently I made an offer of aid to one of the commanders of the Zombie Survival Crew. It was an innocuous thing, just the sharing of software which I had in my possession and no longer used. The archive file was too large to just share via email or chat, so I took an old thumb drive and thought nothing of sticking it in an envelope and shipping it via standard mail. The story of that attempt was reported here earlier; and now I go from being just one of the questioning but otherwise apathetic masses to one of the questioning few who are looking over their shoulder.

I’ve been friends with another of the founding commanders of the ZSC for a few years, but until recently she has been quite active online – blogging, writing, an active twitter user – available almost any night for a fun time or serious conversation. But looking back at some of the things she told me about her life up to the time we met, and the more recent events which have caused many changes recently in her life, it feels like she has become the target of some kind of plot. 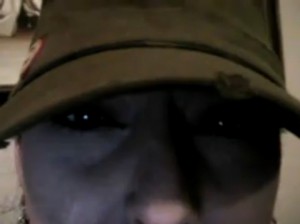 Jinxie G in an undisclosed location

Four moves in less than two years – most of them within the last year. “Official” assistance which has disappeared nearly as quickly as it was offered. And ever since helping form the ZSC, she has been on the run and unable to maintain her usual daily contact and routine. Yes, our own Jinxie has become a target of that Unknown Government Agency that is hiding in the shadows, trying to control the secret of invasion and infestation, which she and others have uncovered and are trying to prepare the defense of the human race.

Her recent move has forced her into a location without direct internet access – not even a local wifi signal to gain access with. Jinxie has been forced to roam the area with her laptop, using coffee shops, libraries, and even McDonald’s to gain access and relay orders. Although they haven’t been able to silence her, and can’t stop her signal completely, our fearless commander is obviously targeted as a “person of interest” to the UGA; communication is sporadic instead of consistent, and it is happening in such a way that none of the upper echelons of the ZSC are able to aid more directly to restore Jinxie’s communications.

There must be something They want to keep hidden, and the ZSC is on track to expose whatever it is. And the UGA is already in place, large enough to affect communications of many types, on many levels, monitoring those of us who are learning to think for ourselves more, act together in uncovering the fact which have so far eluded the unknowing masses. From small town USA on one side of the country, to large metropolitan areas on the other, and surely in place around the world, the UGA is trying to keep their secrets from escaping.

We must remain diligent. Our commanders have stirred the pot, and must be coming close to something. Their recent activities are being monitored, and those of us who make it publicly known we are helping the ZSC Command may find ourselves targeted next.

Post a Reply to ZSC: From the Beginning | Zombie Survival Crew cancel