Our captain of the Special Forces, Michael Rooker, stands out in a crowd and on the screen because he puts his all into what he does… whether it be acting, or interacting with crew members and fans alike, or giving shout outs to the crew. And we’re not the only ones who have noticed what a great guy Michael is.

Here’s what Fast Company had to say about Michael:

Michael Rooker only needed a handful of scenes to turn Merle Dixon into a fanboy favorite. But it was his real-world commitment to bringing the character to life that gave the AMC series its watercooler buzz.

And thanks to Fast Company for recognizing the ZSC efforts in the #MoMerle campaign. 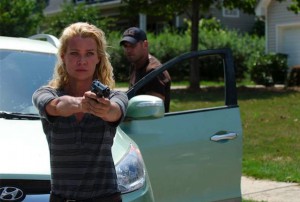 This week The Walking Dead seemed to be missing something. They covered a lot of ground as far as addressing each characters plot arc but there was a key something missing. Oh, I know. Action.

Don’t mistake, I do enjoy watching our survivors grow and evolve to adjust to the harsh reality of the zombie apocalypse. That being said, it is a zombie apocalypse. They are fighting every day to survive. We were spoiled by the fast pace of the first season. The writers couldn’t take an entire episode to tie up all of their loose plot strings before the mid-season finale. That’s what they did here, gave us what I refer to as a “catch up” episode to put the ducks in a row in prep for next week, which from the previews promises the action we missed this week and then some. I hope.

We finally get to see Carl back on his feet this week. Right away it is painfully obvious that being shot has affected how he views the world. Carl is beginning to mature faster than we, with our modern sensibilities, think he should. But there is nothing Lori and Rick can do to stop this natural progression. He is old enough to realize their dire situation and wants to help protect the people he loves. Carl probably sees the world with truer eyes than anyone else when he tells his mother about the missing chicken, “Maybe she got eaten. Everything’s food for something else.” That’s the reality they live in. Some of the survivors simply refuse to see it.

That friggen barn is going to give me fits. Hershel’s ideals surrounding the occupants of the barn seem utterly ridiculous when put in contrast to what we’ve seen our band of nomads go through in and around Atlanta. We know these creatures are dead. We know that the synapses, those electric keys to what makes a human a human, aren’t working. All of this was covered for Rick’s crew at the CDC. There is no cure. These people aren’t sick. They are dead. Again, you can see Hershel’s faith coming in to play. He can’t kill the people he knows and loves. The guilt of putting them down would shatter the last marble he’s got rattling around in his stubborn brain. So instead of doing what we deem humane, he keeps zombie pets. To him it is the right thing because the Bible tells him not to kill. But what does the Good Book teach us about survival? Self defense? Turn the other cheek with a zombie and you’ll get a hole in your face.

Turning a blind eye to other situations can land you in the same sort of hot water, only this time the scars are emotional. Lori tries everything she can to avoid telling Rick about her pregnancy. She talks herself in endless circles about the future and what it could hold for her family. Admittedly, what set her off was the near-death of her son, Carl. As a mother I hope to never, ever be in a similar situation. Watching Lori go through it was bad enough. But… are her fears grounded? She says, “Memories are what keep me going”, then goes on to predict her unborn child’s future of nothing but pain and an early death. Life is what you make of it. If they leave the farm, they have months to find a new home base and settle in before the baby comes. There are plenty of areas similar to Hershel’s farm, in close proximity to cities with supplies, which they could move into. One has to wonder if she is worrying about her baby or what will happen if Rick entertains the idea that the baby isn’t his. She’d lose her hero, her husband, and the only one she can actually trust to keep her and Carl safe.

Dragged into the middle of Lori’s crisis is poor Glenn. He is trying, he really is, but still has a long way to go to be the hero he wants to become. The first step? Learn how to lie better. I’d play poker against Glenn any day. That lack of being able to hide the ugly truth is, unfortunately, a key tool of a leader. Sometimes you need to keep things from others to keep them calm and manageable. Rick does this often to give his crew the sense of stability they need while recovering from injuries. What Glenn isn’t lacking, though, is nerve. When the one person he really sees as his to protect is in danger, he went all Rambo. I would like to remind everyone that severing the spine does not kill a walker. Headshots, guys. Glenn nearly forgot, but it did make for an interesting zombie effect. After his hero moment, Maggie finally acknowledges what is inside his heart. She also sees how, in his effort to become more, to rise in the pack structure, Glenn could get himself good and dead. 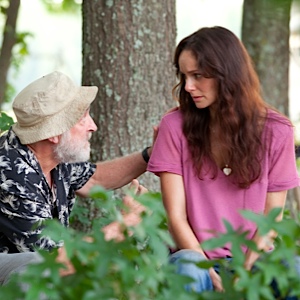 If you paid attention to this episode, you will notice that there is one character with his nose in everything. The writers have taken Dale’s position as the “wise old man” a tad too far. We already knew that not much escapes his attention. Dale isn’t out in the woods, cut off from the core of the action. No, he stays perched on top on the RV simply watching. But it really bugs me that they felt in order to tie up all of these story lines they needed to use Dale so blatantly. He’s there when Carl expresses his desire to grow up more. Dale is the one to confront Hershel about the barn’s occupants. Heck, he even tries to help Lori about her baby issues. And the topper, Dale goes nose to nose with Shane about his erratic behavior after Otis’s death. There are other, less obvious ways to wrap things up for the mid-season finale. We didn’t need Dale to narrate it for us. He’s far too good a character to use like that.

Next week is the last episode we’ll get in 2011. There are still a lot of questions to be answered. Is Sophia still alive? Will Lori abort the pregnancy after all? Is Shane finally at the end of his rope? Guess we’ll have to wait and see.