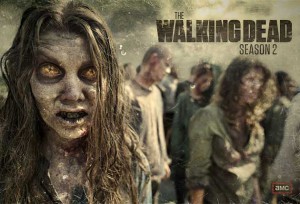 There are very few moments where yours truly is struck speechless. This week’s episode of The Walking Dead ended on one such moment. A huge round of applause to Greg Nicotero for his efforts directing “Judge, Jury, Executioner”, there were some really beautiful moments captured on screen. As well as some instances that ripped the audience’s heart out, stomped on it, dropped it down a well, and then fed it to a walker. Yeah, this one was emotional on so many levels.

We’re going to start this week with the Shane Issue to make room for the main topic this episode. Right away, we knew Shane would go ballistic if they didn’t off the prisoner. In typical fashion, he tries to worm his way into Andrea’s ear to turn her to his side in the matter. Not that she needed much pushing to get there. Andrea—despite her background as a civil rights lawyer—is all about capital punishment. I’m not too sure how much of that is her being willing to do anything to survive or an attempt to immolate the men in how they deal. Shane’s continued efforts to stage a mutiny to oust Hershel and Rick may fall on deaf ears with Andrea, no matter how much he tries to poison her ear. Also, how long has he been stealing ammunition? Personally, I don’t think Shane plans to stay with the group much longer.

Daryl is likewise pulling away from the group, setting his camp further away from everyone else. He’s also distanced himself even more from Carol, which breaks my heart. I wanted to see what would bloom between those two if given the chance. Daryl displays a moral code in this episode, despite what he’d have us believe about being a hard-as-nails man with no limits or boundaries. His anger at Randall shifts to blind fury after hearing the unspeakable things his crew has done to innocents. Is beating someone associated with rapists right? No. But seeing that Daryl cares about anything at all is reassuring. He’s pulled so far into himself that there wasn’t much left to watch other than a snarling squirrel catcher.

There was all of one happy moment in this episode. We’ve been waiting a few weeks to see how Hershel would change after the attack in the bar. He’s continued down the path allowing Rick to do what he sees fit to protect the farm. However, Hershel also had a change of heart about a much more pleasant matter. In a very touching moment he gave his approval of Glenn and Maggie’s relationship. Won’t lie, I cheered. Go Team Glenn!

Normally I don’t do this, but . . . SPOILER WARNING!! The text blow contains spoilers from episode 211 of The Walking Dead. If you have not seen the episode, what are you waiting for? Go watch! Then come back and finish reading.

The big question—which is literally underlined three times and written in all capital letters on my review notes—Who is to blame for the last moments of the episode? 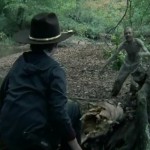 On one hand you have Carl, who is acting out more and more. Not only did he wander away from camp on his own, but also stole a gun from Daryl. The icing on the cake came when he tried to take on a walker by himself and nearly got eaten. He also said some very nasty things to Carol. Yes, Carl is also mourning Sophia’s loss, but that gives him no right to speak as he did.

However, whenever you see a child misbehaving, you need to look at the parents. Rick is consumed with the idea of doing what is right for everyone. In the process of solving the world’s problems, he’s lost sight of the things closest to him. Carl needs a father more now than ever and between the two men who could be a father figure to him—his actual father and Shane—he spends most of his time with Shane… a man not well known for being a role model, or even all that nice. And forget about Lori being an actual parent. She’s got her nose in everyone else’s business to make sure they’re not all talking about her. Get over yourself and take care of your child, please. Before he gets anyone else in camp killed.

No matter whom you blamed, the group has lost their voice of reason. A loss born out of sheer neglect. Dale fought so hard for so long to remind everyone that they are human despite what happened around them. He assured them that even with walkers knocking down their doors that being a decent person still mattered. Through Dale’s efforts they kept that vital piece of themselves that distinguished the living from the walkers. If they go around executing people for no valid reason, how are they better than the undead?

“The world we know is gone, but keeping our humanity, that’s a choice.” –Dale 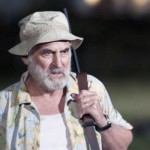 Jeffrey DeMunn gave a brilliant performance in this episode. You can tell that he put everything into the role. Dale never slowed, never wavered in his belief that an alternate solution could be found to deal with Randall. What really broke my heart was in the end he won. The kid lives to see another day, but Dale won’t. I’m tearing up again thinking about it—tears of impotent rage aimed at fictional characters and their messed up fates. That is testament to the skill of everyone involved in creating The Walking Dead.

What do you think, who is really to blame for Dale’s death? Let us hear your opinions in the comments below.