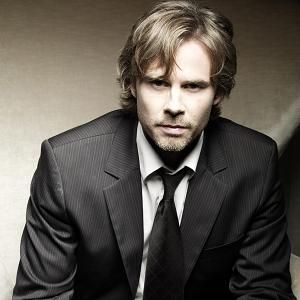 This week’s Commander Monday feature brings us to another True Blood alumni, joining us fresh from the front lines of the battle against a small but not inconsiderable vampire presence among us. First Lieutenant Sam Trammell brings to the Zombie Survival Crew considerable experience with the undead as well a very unique and extremely rare talent – shapeshifting! Okay, so he doesn’t really transform into an adorable floppy-eared mutt at will, but his scruffy good looks, sweet disposition, intelligence, loyalty and undeniably sharp senses as well as considerable creative talents can only be a benefit to all in the dark days to come.

Sam Trammell is a native of West Virginia who attended Brown University before making his move onto the stage with his off-Broadway debut in Dealer’s Choice. Continuing 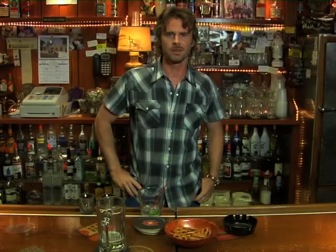 onstage, he went on to appear in My Night With Reg and earned a Tony nomination for his part in the Broadway revival of Eugene O’Neill’s comedy Ah, Wilderness! Before landing the well-known role of beloved shape-shifter Sam Merlotte on HBO’s True Blood, Sam appeared in numerous television series, including Trinity,  Going to California, Judging Amy, Dexter,  Law and Order: Criminal Intent, and A Drop of True Blood. Sam has also appeared in the critically acclaimed film Beat alongside fellow ZSC Commander Norman Reedus. Sam has also been seen in AVPR: Aliens vs Predator – Requiem, The Details, Fear of Fiction  and Guns, Girls & Gambling.

Coming soon:
Later this year, watch for Sam in the upcoming film Long Time Gone, and of course the anticipated return of True Blood on HBO.