Review of The Walking Dead 304 “Killer Within” 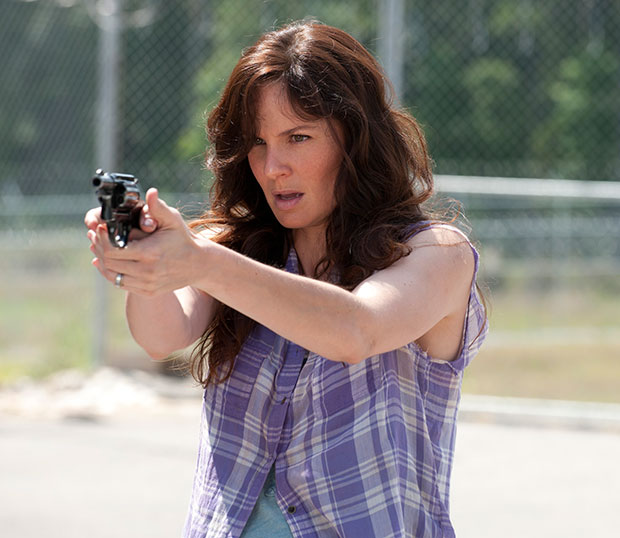 Caution: There will be spoilers below. If you have not watched episode 304 of The Walking Dead, bookmark this page and go watch what you’ve missed!

Yes, we’re kicking things off this week with the dreaded spoiler warning. It was not my intention to do it this way. After watching this week’s episode twice and doing a good bit of thinking, there is only one conclusion to be reached—TWD writers hate the fans and want them to weep. A lot. It would not surprise any of your ZSC commanders to learn the producers and writers have stock in Kleenex. Just sayin’.

Let’s ease into things slowly and ask a couple questions many of you may have after the last two episodes—Why is Andrea being so quick to trust the Governor? Can’t she see the crazy in his eyes?

Andrea and Michonne have been alone for eight months. It is very easy to miss human contact outside of the one person you’re tied to in order to survive. However, it does not mean you throw common sense out the window. Listen to the voice in the back of your head, Andrea. It is easy to lose yourself in the fight to survive day to day. Dreams die when you’re forced to live like that. But for heaven’s sake, something is not right with this guy. Seriously so. Ask to see his man cave; you’ll totally rethink your idea of staying in Woodbury a few more days. Better yet, listen to the woman who kept you alive all winter. Michonne knows the Governor is up to nefarious deeds. Eventually she will confront him about it. I don’t know about you guys, but my money is on Michonne and her sword.

What about Merle? Can we trust the new, improved Merle? Probably not. He’s far too ingrained into the Governor’s inner circle…or is he? Something about the way the Governor brushed off Merle’s plan to find Hershel’s farm (and, hopefully, signs that Daryl is still alive) felt off. If he is all about helping Merle rehabilitate physically and mentally, why would he hold Merle back from finding the only family he has left alive in the world? Isolating people from their loved ones is something abusers do. If you cut your victim off, they have no one else to turn to but you. The Governor did the same thing, essentially, when he took Merle and the other men to take care of the National Guard members. With no government protection to rely on, the people of Woodbury are further forced to rely on him.

We can’t dance around it any longer. It is time to address one of two elephants standing in the room… 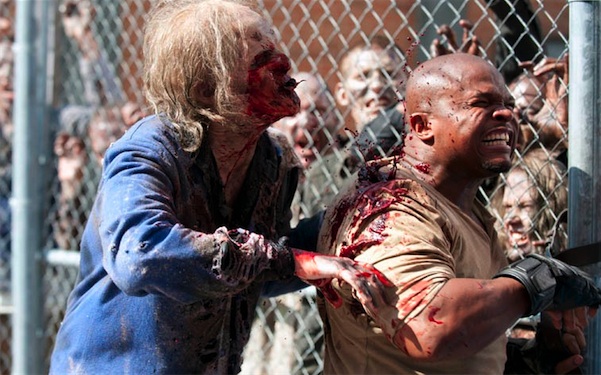 Since their time at Hershel’s farm, the grim reaper has stalked one character in particular. Lori knew from the day she realized she was pregnant that she wouldn’t survive the birth. Did the looming death sentence make her a better person? No. Lori’s decisions in the last nine months of her life were hard, cruel, unrelenting. They were that way for a reason. She was making sure Rick and Carl would have somewhere safe to live with the baby and the right people around them to keep it that way. In a way, Lori weeded out the bad seeds and used Rick to take care of them. It doesn’t change my opinion of her in the least, however.

Lori’s last breath was spent trying to redeem herself in her child’s eyes. She abandoned Carl the moment Rick showed up at the quarry. Lori realized she hadn’t been finding comfort in the arms of a friend, but sleeping around on her husband. She was a control freak. When life threw her a curveball (Surprise! Your husband wasn’t left to be zombie chow) she fought tooth and nail to regain control of her life—of everyone’s lives. Lori couldn’t allow the universe to rule her or anyone in the group. Because of that, Lori became the catalyst to Rick’s hard decisions. The only chance he got to balance the scale was when he told her to keep the baby that would become the proverbial noose around her neck.

Much respect to Sarah Wayne Callies for her portrayal of Lori Grimes. It is not easy to take a character fans are forced to dislike and play them without buying into the hype. Of all the characters on the show, Lori was possibly one of the truest. Can’t say Lori will be missed, but Sarah’s talent will be.

Over three seasons, we’ve watched T-Dog grow from the quiet, yet useful, man in the background to one of Rick’s trusted crewmembers. In this last season, T-Dog really came into his own. He voiced his opinions and they were taken seriously by the group instead of brushed off—a sign they appreciated everything he’d done for them. We even got to see T-Dog and Rick butt heads a little at the beginning of this episode. It was energizing to see someone speak up against the Ricktatorship. Sadly, while he was right about giving the two prisoners a second chance, it’d take some very extreme measures for them to receive the chance. And he’ll never know it. 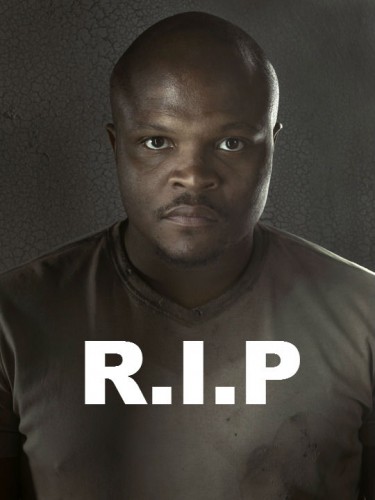 T-Dog’s death was accompanied by numerous lamentations from fans worldwide. It was sudden. Shocking. And really, really graphic. But you know what? He went out a hero. It doesn’t stop the pain of losing a beloved character. However, knowing he was given a good ending goes a long way to quelling the tears. Yes, even ZSC commanders cry when they see someone cut down before their prime on TV.

From one ZSC commander to another, IronE, you will be seriously missed on The Walking Dead. It has been amazing watching you grow as T-Dog and we wish you prosperity with all of your future endeavors. Oh and if they ask you to do a flashback on TWD, please do it. The world needs more T-Dog.

This was a rough week for The Walking Dead fans. What was your reaction to this shocking episode? Let us know in the comments below.