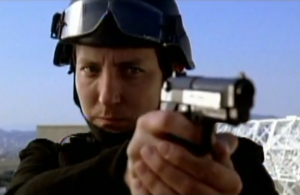 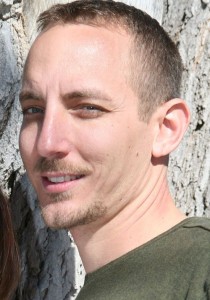 Blue Brigade’s Second Lieutenant Jim Burleson brings a unique expertise to the Zombie Survival Crew.  Not only has he been referred to as “the man behind the plan of Albuquerque’s first MAJOR Comic Convention,” Jim is smart, organized, and quick to act when action is needed. Actor, producer, stuntman… he’s seen it all from many different angles and knows how to get in and out before anyone even knows he was there. Currently stationed in Albuquerque, New Mexico, Jim has become a well-known fixture in his state of residence and we at the Zombie Survival Crew are confident that the Southwestern zones will be under his watchful eye when the dead begin to rise.

Starting off as a stunt performer in the crime thriller The Keeper in 2009,  it wasn’t long before Jim introduced himself to the world as producer and host of the television series Cage Fighta.  Continuing on to work both behind and in front of the camera, Jim has been spotted on the television series In Plain Sight, and also in the recently-released motion picture The Avengers. And it certainly can’t be mere coincidence that he appeared onscreen with fellow Commander Sean Patrick Flanery in the action thriller Deadly Impact.

Coming soon:
Currently in post-production is the film Stars, and be sure to keep one watchful eye on the New Mexico horizon for the indie film The Cowgirls.

For more information about our fearless leaders, please check out our previous field reports!