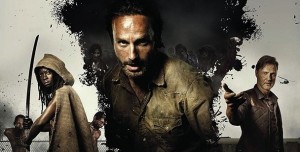 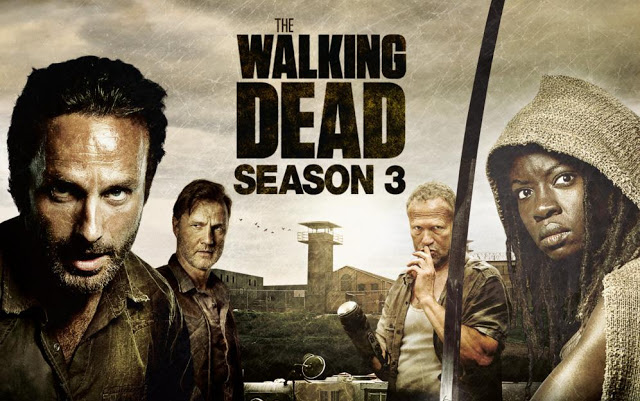 Last week “The Walking Dead” took a deep look into what makes Rick tick and how his crew at the prison are preparing for the looming conflict with the Governor and his Woodbury army. So this week, we got a look at what is making the Governor tick and where Andrea’s loyalties will put her during the war. We spent the entire episode with Andrea. Yes, the angst of many fans were heard. However, it was necessary to take the time to truly see where Phillip’s head is at before he launches another attack on our favorite survivors. 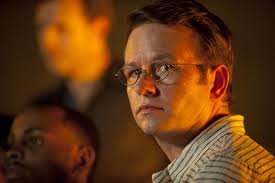 An unsung hero in the tension between Woodbury and Rick’s crew is Milton. He lurks in the background, whispers advice in Phillip’s ear, and helps Andrea when she has the driving urge to do something right (which inevitably goes wrong). Milton has been able to keep Phillip’s antisocial behavior under wraps for the most part. He offered himself up as a touchstone for the Governor to lean on in order to see how far from the façade of normalcy he’s put on in order to lead the town successfully. He tries to be Phillip’s Jiminy Cricket, but how can he be a conscious for a man who forfeited his soul to get revenge and power? Unfortunately, Milton isn’t a fighter. Over and over again, he’s run to Andrea for help, sensing her desire to be where Phillip is in the power structure. All so he doesn’t have to grow a pair. He doesn’t think like a warrior and is easily cowed by people in power. Or at least he was before this episode. At least we’re seeing Milton put his foot down and stand up, albeit indirectly, to the powerbase driving the war to yet another senseless battle. He’s working from inside Woodbury to even the playing field. It’d be better if he finished finding his courage and kill Phillip. There’s a history between the two of them. Does Milton recognize his friend in the monster the apocalypse unleashed? 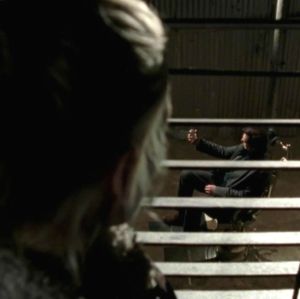 Over the course of this season, we’ve seen the humanity bleed out of the Governor. Sometimes literally, thanks to Michonne. There is a sense of joy in the way he goes about prepping and stocking his little “fun” room, the torture chamber he’s set up in preparation for Michonne’s arrival. There is no doubt in his mind. He will win. Michonne will come back to Woodbury with him. Over the course of weeks, he will be free to torture her. One of the most telling objects in the room wasn’t the bone saws, scalpels, and needles. It was the spool of thread and hooked needle. Several possibilities came to mind, but the one that stuck out the most was, he doesn’t want his victim to have the opportunity to bleed out and die ahead of his schedule. He must have complete control of every aspect of his life. Death is a tool he means to bend to his will. Phillip’s arrogance stems from the complete lack of people questioning his actions. Since day one of Woodbury’s foundation, he’s been the one taking charge. The only people to stand up to him are outsiders, not part of his little herd. He can’t control the new people, so he must eliminate them. And if he just so happens to enjoy himself on an almost sensual level while chasing his prey, well, even sociopaths need a little fun. 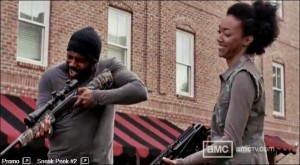 Tension is brewing between Tyreese and Phillip. Tyreese is a trusting soul, despite what he’s seen of human nature while battling the undead. Unfortunately, it made him a prime victim for the Governor’s scheming. Thankfully, Tyreese didn’t drink the Flavor-Aid like Andrea did when she first arrived in Woodbury. His instincts may very well keep him and his sister alive. Can’t say as much for their two traveling companions. Allen and his son overcompensate for their lack of power in the apocalypse by being the manliest men Woodbury has ever seen. Allen in particular continuously butts heads with Tyreese, trying to prove he can be an alpha male in order to not appear weak in front of his son. But Tyreese won’t give him the satisfaction of “winning” their arguments. He has a good set of morals that have kept him and his sister relatively safe. If he continues down the path he’s on, questions people who seem . . . off, he may just prove to be the savior Andrea wishes she could be.

Oh, Andrea . . . Sometimes I think we are too hard on her. Then she goes and does something so utterly ridiculous, it is impossible to see the good things she has done. Fans all over loathe Andrea. In part, this may stem from fans wanting to see one of the women step up and take control, without bungling it so badly a man is forced to step in and save her hide. Maggie’s appearance was a breath of fresh air after dealing with Andrea’s attempts to be “one of the boys” as far as work in camp goes. However, whereas Maggie does what is needed to survive, Andrea does what is needed to garner attention and praise. She is a puppy learning new tricks and expects a reward every time she doesn’t piddle on the carpet. Somewhere along the way, Andrea began to equate her happiness with that of the people she’s determined to be hers to save. This way of living left her vulnerable and pliable to the will of someone stronger than her. Phillip took full advantage of her hero complex. All it got her was a very uncomfortable seat. If she’d stuck to running under cover instead of through a huge, open field, maybe she’d be safe with the people in the prison. As it is, well, Andrea won’t be finding any rewards in her new “home.” 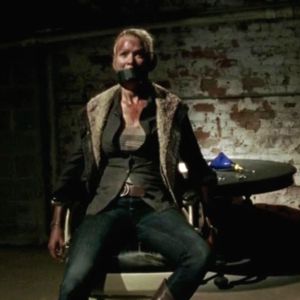 Pet peeve time! This is a bonus ranty bit for readers. I will start off by saying, I do not fault the actors at all for this. The final call came from the director and writers, all of whom should know better than to dig up outplayed horror movie tropes. A character can be creepy, downright nightmare-inducing while chasing a victim without: A) Dragging a weapon behind them, raking it across a fence, etc., and B) Whistling a cheery tune. Just . . . stop. The entire chase at the end of the episode lost its power because of these two jarring actions from the Governor. Such a shame, I was looking forward to seeing David Morrissey let loose with his incredible acting skills.

Does the group in the prison have any chance at all of surviving the war with Woodbury? Let us know what you think in the comments below.