This is what we discovered for the Yellow Brigade’s zone in the mid-west. 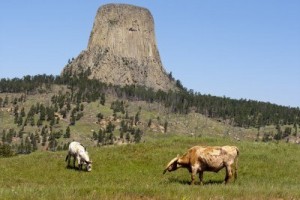 Just over half of the land in Wyoming is dedicated to farmland.

86% of farms in the state raise livestock and process livestock products. Cattle are the primary product, by a large margin. Hogs and sheep can also be found if you know where to look.

Make a pit stop for meat and hope you find a farm with edible produce on your escape routes. You’re not going to find a lot of variety, but at least you’ll have food. 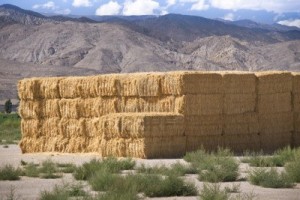 Only 9% of Nevada is used as farmland.

68% of Nevada farms house livestock, with a focus on cattle and dairy products.

32% of the farms produce crops, with a large focus on hay.

You can also find onions, potatoes, wheat, and garlic at select locations. 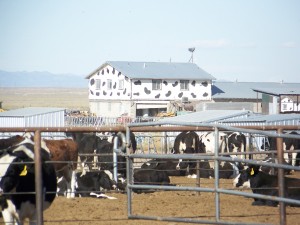 A vast majority, roughly 79%, of the farms in the state raise cattle, hogs, sheep, and process dairy products.

21% of Utah farms grow crops. The top two products are hay and green house plants. However, you can still find wheat, onions, and apples on your way through the state.

An overwhelming portion of Nebraska is utilized as farmland, approximately 93% of the state.

The majority of farms raise livestock. The main livestock is cattle, followed by hogs.

While this state is rich in farms to visit on your escape routes, the variety of food leaves much to be desired. There are few crops that will sustain humans for the long-term after the zombiepocalypse. 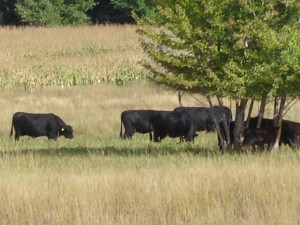 Just under half of the land in Colorado is used as farmland.

76% of farms in the state raise cattle and hogs. Colorado is the number one producer of lamb and sheep for consumption in the United States.

24% of Nebraska farms grow crops. The top two commodities are grain corn and greenhouse plants. However, you may still find wheat, potatoes, onions, and dry beans at farms on your way to safe haven. 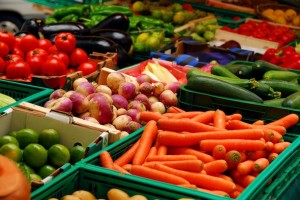 Approximately 36% of the state is farmland.

47% of Arizona farms house livestock, with a focus on cattle on dairy products.

Despite the temperatures, Arizona produces a wide variety of food that should sustain survivors for a decent amount of time. 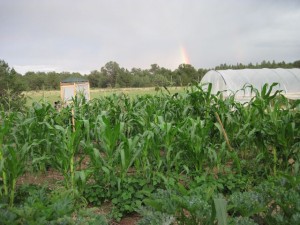 Over half of the state, about 58%, is dedicated to farmland.

A large majority of farms house livestock and process livestock products. The main focus is on dairy products, cattle, and sheep.

Like its neighbor, Arizona, there is just enough variety in produce and livestock to keep survivors in the state fed for a while.

It would be wise to find ways to preserve or dry meat, since it is the most prevalent commodity. 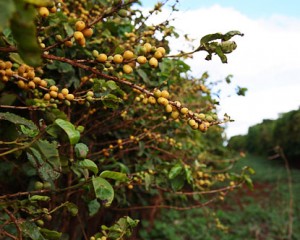 Just about 32% of the island state is farmland.

The majority of farms, roughly 83%, grow crops. There is quite a bit of variety, including pineapple, sugarcane, macadamia nuts, papaya.

Hawaii is the only state to grow the following: Coffee, bananas, ginger root, guava, macadamia nuts, papaya, pineapple, and taro.

This means once the zombies take over, the rest of the U.S. can kiss these items goodbye. Life without coffee? Start stocking up now, guys!

There you have it, the resources available to brigadiers living in the Yellow Zone! This zone has a wide range of food available to them. Other brigades should take note and consider these states for their ultimate safe haven.