Here we are, creeping closer to the end of Walking Dead’s fourth season. The first half gave viewers nervous ticks, keeping them on the edge of their seat until the mid-season finale. In stark contrast, the second half has so far lulled fans, calmed down the non-stop action from previous seasons. No doubt in preparation to drop a world of angst on their heads next week in the finale. Or so we hope. Things have picked up a little, but still haven’t brought the tension to the levels seen before the hiatus. What action we’ve seen that progresses the plot has only left a lot of question marks rattling around our heads. There’s loose threads waving around everywhere. We’ll have to wait and see what gets tied up in the finale and what’s left to hang until season five.

Beware, for the path you will take will lead you to certain spoilers! 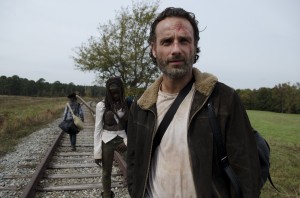 After Rick, Michonne, and Carl ditched their invaded safe house, we haven’t seen them since the end of episode 411. In that time, apparently all they’ve done is walk and drink nearly all their water supply. Strange, since Michonne is the most capable killer on the show. Rick is the main character. And Carl has grown and matured the most in four seasons of TWD. A good chunk of what makes the show compelling lays with those three. We see them for maybe two minutes in this episode—just long enough to watch them walking and laughing. Sure, it shows Rick’s hope returning, along with Carl and Michonne’s building friendship, but after three episodes without, a quick peak isn’t enough to bring these three back into the story for the finale.

Finding trust in Mullet Man . . . I mean Eugene, is really difficult. There’s so many little things he does throughout his scenes that brings into question the truth behind his babbling. Boy, does he talk a lot. For the most part, when a character talks non-stop, we start to wonder what they’re hiding behind all the mindless chatter. Eugene dominates every conversation with what seems like inane chatter—ranging from how to build batteries ala MacGuyver, to the possibility of zombie dinosaurs. (A distant cousin to zombie bunnies? I’m not cleaning up after them.) Since joining forces, Eugene fought Sgt. Ford’s orders to follow Glenn and Tara in their search for Maggie. Could he be a closet romantic? Doubt it. Something about his interest in the others doesn’t feel right. Here’s a guy who supposedly knows what’s really going on with the zombies, yet he’s more than willing to delay their mission for days, possibly weeks, to help complete strangers in what was very much a doomed mission from the get-go. He signed his escorts on for a mission to hunt a needle in a haystack. Doesn’t make sense when he may be capable of putting an end to their primary problem—the creatures trying to eat them. Or can he fix this at all?

Glenn and Tara do a lot of rehashing about what happened during the prison attack in the episode. Honestly, most of it wasn’t needed. If they’d stuck to showing Tara’s guilt over what happened and wrapped it up with a truncated version of their conversation in the tunnel, Glenn’s acceptance of her would’ve had a larger impact. Instead, it kinda came across like woe-is-me whining. Tara needs to find her backbone again. After the prison, she lost everything that made her an interesting character and became a stereotypical angst-ridden, confused woman with no substance. When they finally tried to give her substance, it was something we’d heard so often it meant nothing, until Glenn reunited with Maggie and when he introduced Tara, he didn’t out her as one of the Governor’s lackeys.

Yes, Glenn and Maggie are together again, against all odds and reason. Once more, they’re using the pair to give a shaft of hope before chaos hits the fan. The reunion was telegraphed, killing some of the excitement. 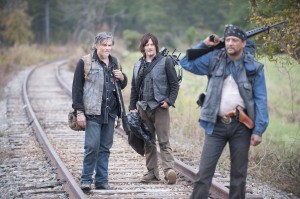 At last we get to see more about Joe and his crew, who’ve decided to keep Daryl around—they’re reasoning being no one can survive alone. Something suggests they have ulterior motives. Those guys, not telling the full story? Never. [/sarcasmfont] Joe’s group isn’t completely lawless. Which is probably a good thing. They don’t seem to be stellar pillars of the community, Len being a primary example of what could happen if Joe allowed his guys off the leash. Len picked a fight with Daryl, and through no action on Daryl’s part, ended up vulture bait. Through subtle manipulation, giving his guys the illusion that they have control through the “claim” system, Joe keeps his wild dogs under control. Or should they be called alley cats? When he caught Daryl skulking around, his head wrapped up in Beth’s whereabouts Joe told him, “Ain’t nothin’ sadder than an outdoor cat that thinks he’s an indoor cat.” He knows their place. Fully understands that his crew is comprised of the dredges of humanity. Yet Joe embraces it and continues to adopt strays, similar to what Daryl did once they’d settled into the prison. With Joe’s influence, we’re seeing the rougher Daryl reemerge. Beth gave him someone to care for. None of the guys he’s traveling with now need that much, if any, help. Daryl has no responsibilities. He can sink back into the mind frame he had when chasing after Merle, wreaking havoc wherever their bikes took them. What’ll happen if they find Beth again? Can the alley cat learn to behave indoors?

Next week is the season four finale. We caught a glimpse of Terminus when Glenn and gang rolled in. So far it seems . . . pleasant. Then again, so did Woodbury. The preview suggests we have some yelling in store. About time. 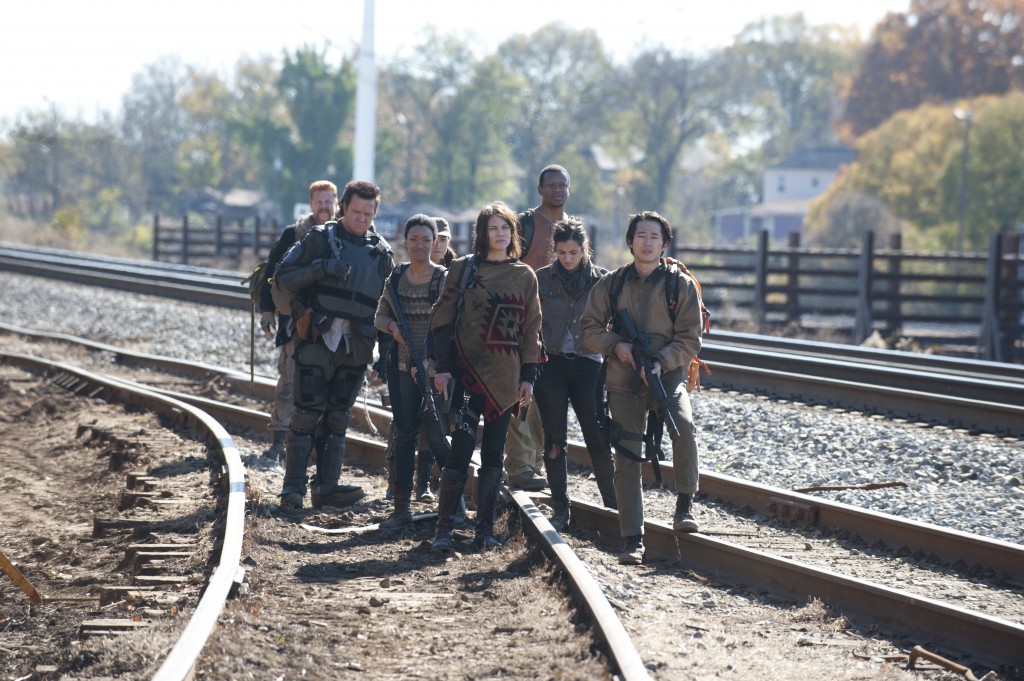 What do you think, is Terminus a legitimate safe haven where the survivors can finally let their guard down? Let us know what you think is in store for everyone in the comments below.