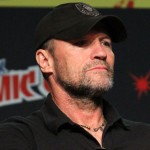 On the eighth day, God created Michael Rooker and said “That should give the zombies something to worry about.”

True story. Special Forces Commander Michael Rooker is badder than ol’ King Kong, meaner than a junkyard dog. Foes alive, dead or mostly dead quake in their boots when he’s around. The UGA couldn’t catch him. If you look up “badass” in the dictionary there’s a photo of him. Chuck Norris has nothing on Michael Rooker. When Michael Rooker speaks, everyone listens. His legend precedes him the way lightning precedes thunder. He is the most interesting man in the world…

We would love to tell everyone that Michael Rooker is actually a nice guy with big heart and (sometimes) a quiet, observant and soft-spoken manner. We would also love to tell everyone that regardless of his ass-kicking reputation, he doesn’t like violence and is more likely to shoot stuffed animals than zombies, but he would probably not be happy if we ruined his reputation. You can just ignore that last part.

Commander Rooker was born in Jasper, Alabama but spent the most interesting years of his young life in Chicago, where he studied at the Goodman School of Drama. His first forays into acting included appearances in local stage productions and pilot episodes for the television series Crime Story. In 1986 he jumped headfirst into the role of infamous serial killer Henry Lee Lucas, and delivered a truly frightening performance for the cult-classic and controversial film Henry: Portrait of a Serial Killer.  In 1988 he fought for and won the role in Eight Men Out, and also co-starred in the civil rights-era film Mississippi Burning. From Sea of Love , Days of Thunder, and Tombstone all the way up to James Gunn’s Slither and Super,  Michael very quickly established himself as a hard-working, talented actor with a determination matched by few.

In 2010 AMC’s The Walking Dead exploded into the living rooms of zombie-genre fans all over the world.  Even with only brief appearances in the first two seasons, Merle Dixon quickly became one of his most memorable and sought-after characters. During the record-breaking Season 3, Rooker returned with a vengeance and brought the best of Merle Dixon into living rooms all over the world. It was with heavy hearts and more than a few tears that we said farewell to Merle as Season 3 came to a close. 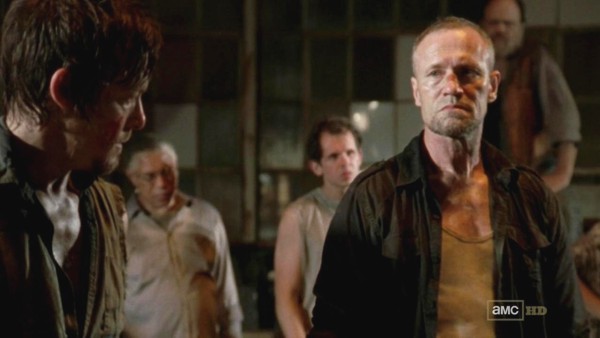 But as the saying goes, when one door closes, another one opens. That new door leads to Marvel. James Gunn’s much-anticipated Guardians of the Galaxy will feature our Special Forces Commander as the mysterious (and very blue) Yondu.

The Voice of Rooker has also become one of the more recognizable in the gaming community. He has appeared in the mega-hit franchise Call of Duty: Black Ops 1 and 2, Lollipop Chainsaw, and most recently The Walking Dead: Survival Instinct from Activision.  When he isn’t filming, voicing or producing, he might be found on the firing range, of which he is a co-owner, or on regular patrols to keep the West Coast safe from zombie infiltration. 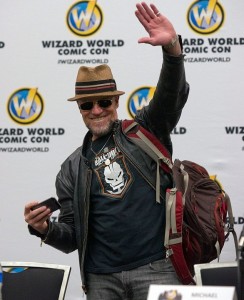 Over the last few years Michael has increased his presence on the convention circuit alongside other Walking Dead co-stars Norman Reedus, IronE Singleton, Chandler Riggs, Madison Lintz, Lew Temple, Vincent Ward and… well,  everyone else. Always pushing outward, he has expanded his convention visits overseas. He recently visited Germany and Australia, and will be traveling to Japan this summer.

We at the Zombie Survival Crew need no further convincing, Commander Rooker and his Special Forces Unit are more than up to the task as the strongest line of defense in the days to come.