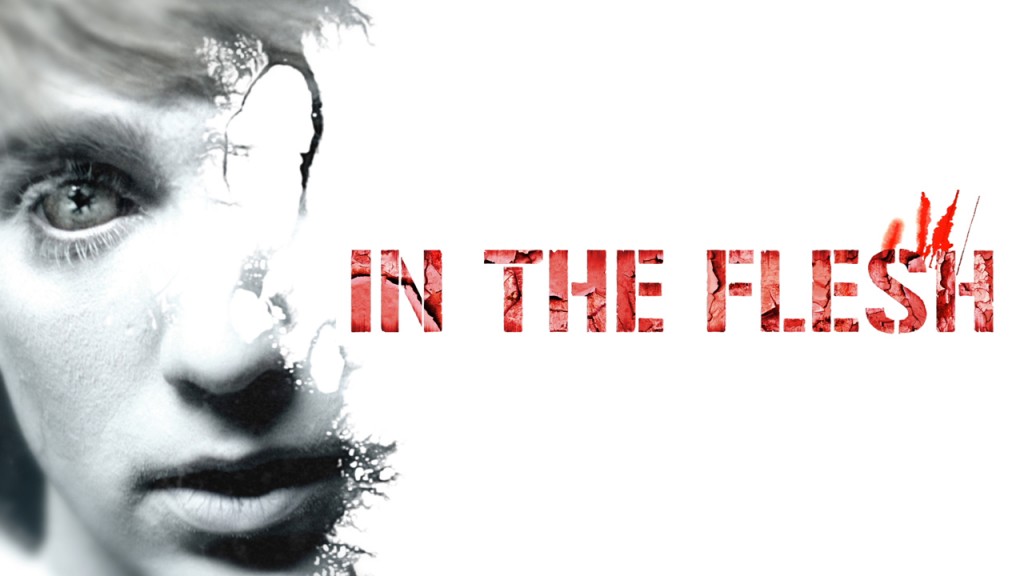 Just when we thought we’d get to see the world outside Roarton, our hopes—like Kieren’s—were dashed. With the Vicar’s death, changes are afoot. None of them beneficial for the undead. Before we get into what happens in the episode, let’s have a quick rundown.

Kieren’s dreams of escape are left in tatters when Maxine imposes an Undead travel ban on Roarton, also introducing stringent measures for PDS Sufferers to pay back their debt to society. However, being thrust together with Simon on Maxine’s ‘Give Back’ scheme has its benefits. The two have a connection, and Kieren agrees to go to Simon’s Undead party that night, where Simon makes a surprising declaration.

Jem is troubled at school. A 19-year-old amongst 16-year-olds, she feels completely alienated, until she’s revealed to be an ex-HVF war hero. Jem’s reputation soars and she is befriended by the popular girls. However, when a PDS prank goes wrong, resulting in a terrifying rabid in the corridors, Jem is humiliated in front of her classmates. She gravitates to Gary, finding solace in a world she understands – hunting rabids in the woods. But it’s here that disaster strikes. 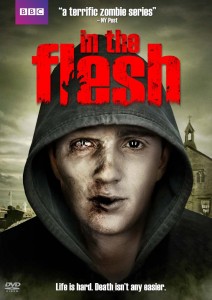 Kieren’s escape route is blocked. He’s denied what he considers a chance to start again in a city that may or may not allow him to be himself, unlike the small minds in Roarton. Given the fact that his father insisted to send him on his way with a French-themed breakfast—complete with awful “French” music, berets, French-pressed coffee, and French toast (the latter two Kieren can’t even enjoy)—the poor kid needs to get away. Instead he’s ordered back to town after being refused a train ticket. Amy, too even though she wasn’t trying to leave. She tagged along to convince Kieren to stay, acting on Simon’s orders. Most of what Amy has to say comes from the heart, though. Kieren is running away from his problems. He isn’t trying to fix anything. This trip isn’t so much about finding himself as putting distance between him and the painful emotions in Roarton—his parents’ failure to understand who he really is, the town’s small-minded anti-gay sentiment, and Rick’s second and final death. Try as he might to start over, Kieren’s problems start and end with his inability to accept himself. He’s hiding behind layers of makeup, lies, and evasion.

Amy said it best: “How many miles will you have to travel to be able to take it all off?”

What’s so special about the undead in Roarton? This underlying question has filtered through the first episodes for series two. The longer they pull out this question, it becomes more and more apparent that Kieren is the man of the hour. Everyone is focused on him, from Simon and his mission passed down from the Undead Prophet to Maxine and her hush-hush info search through the town records. Could Kieren be the first risen? What does that mean for the PDS community? 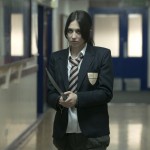 The government plans to use PDS sufferers as slave labor. They’ve concocted a scheme in which the undead “give back” to their communities after leaving rehab. If they’re good, their cases are reviewed after six months and their rights as a living person renewed. It sounds almost reasonable. Until you stop and really think about it. They’re making people who had no control over their return from the dead earn a place in society again as though they’re car thieves and drug addicts. We make criminals work community service hours in order to prove they can be trusted and let off the leash, so to speak. And there is no guarantee PDS people will actually regain their rights. The law is written to only promise their cases be reviewed, nothing more. It’s entirely possible that every PDS sufferer whose case is reviewed in six months is ordered to complete more “give back” hours. A reality Kieren is now considering after a talk with Simon. 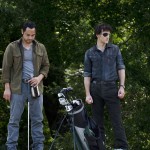 Naughty Phillip, the newest council member in Roarton, has been visiting PDS prostitutes. But not necessarily for the obvious reason. He’s using them to replicate his fleeting relationship with Amy. Which I’m pretty sure was a just a one-night-stand. Someone is watching him. They know what he’s up to. The fall-out from his nightly visits will rattle the council again. 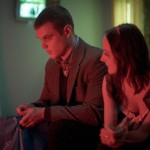 The major focus of the episode wasn’t so much Kieren and the other PDS trapped in town—who make the most of it by partying and getting high on lamb’s brains—but Jem’s continuing failure to seek treatment for her PTSD. She has a fleeting moment where everything seems okay. The kids at school find out she’s a HVF “hero” and the harassment turns into a form of worship. She’s bringing friends home to hang out. Going out to spend time with the girls. Sure, Jem still suffers hallucinations, but they’re easier to brush off. Until an idiot PDS kid gets his hands on Blue Oblivion and turns rabid at school. Of course everyone will think sending the hero in to kill the rabid undead is a good idea. They don’t understand what it was like for Jem—who was only fourteen during her first mission—during the rising. Of course she panics at the school. Fails to dispatch the “rotter”, which is a good thing because the drug does wear off. Something we hadn’t seen before. Instead of talking it out, getting help for her PTSD, Jem decides to arm up and resume patrolling for rotters. And kills an innocent PDS boy who had the biggest crush on her.

The next episode should be interesting. There’s a lot secrets in the air and given what Jem’s done, what Kieren is beginning to understand about the way his people are being treated, a whole world of chaos is about to fall on Roarton. Hang on to your hats.