Light Blue Brigade’s First Lieutenant Ted Raimi already has the single most important weapon to survive the pending Z-pocalypse – expertise. With years of experience playing, directing and battling against any and all manner of all dead, undead or just mostly dead behind him,  Smith & Wesson in one hand and cattle prod in the other, Mr. Raimi brings his expertise to the front lines, ensuring that the western coast is well protected and prepared.

Ted Raimi first arrived on the screen in 1981, appearing in the now infamous and wonderfully nauseating film Evil Dead, where he got an early taste (excuse me) for dealing with… well… evil dead. He went on to appear in and direct many films, including Midnight Meat Train, The Grudge, Drag Me to Hell, and a small but memorable role alongside fellow First Lieutenant Sean Patrick Flanery in Masters of Horror: The Damned Thing.

On the smaller screen, we’ve seen him in episodes of Supernatural, Code Monkeys, Legend of the Seeker, Xena: Warrior Princess, and Your Dungeon, My Dragon. Mr. Raimi also directed the webseries Playing Dead. 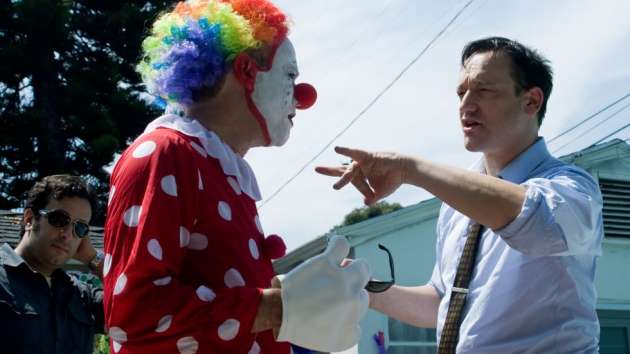 He also wrote and directed several episodes of Morbid Minutes in 2011, as well as the short film My Treat in 2009. In 2012 he appeared in Attack of the 50 Foot Cheerleader and Oz The Great and Powerful. In 2014 he appeared in Murder of a Cat, and currently in production are the films Purgatory and Semblance.

Not long ago, undercover ZSC operatives discovered what was initially suspected to be evidence of First Lieutenant Raimi’s questionable motives for joining ZSC Command. It seems he has in the past connected with the Zombie Rights Campaign, a fringe operation devoted to supporting the rights of the mindless creatures that may replace us at the top of the food chain in the very near future. We suspected then and now that such a group was a cover for something far more nefarious. However, we have now learned that he was in fact working in a deep-cover operation with long-time friend and covert operative Bruce Campbell, until their cover was blown by an unusually observant zombie. First Lt. Raimi was forced withdraw and report back to Command empty handed.

First Lieutenant Raimi is currently on special assignment in an undisclosed location, and we are confident that this mission will be fully successful. Be sure to check out his website www.tedraimi.com for more updates!