Loyalty, generosity and compassion are words one might use to describe David. A winning smile and soft-spoken nature are enough to win over even the most critical of viewers… but one also cannot deny that a certain amount of mystery surrounds him, leading the imagination to fill in the rest. 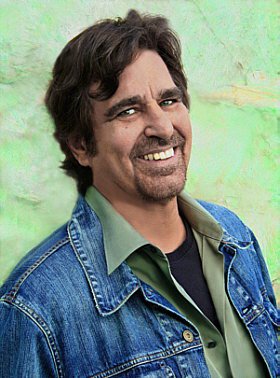 It is a little known fact that Rocco is also a master of disguise, a talent that longtime childhood friend Troy Duffy made use of in 1990’s cult hit The Boondock Saints. The role of the Funny Man was written specifically for him, but this opportunity also allowed him to form early connections with future ZSC Commanders Norman Reedus and Sean Patrick Flanery. Another small piece of trivia was revealed during attendance at a convention last summer – his preference for the classic architecture of the standard door system over that of the modern convenience of the revolving door.

David recently joined the world of social networking on Twitter. While he claims to have been coerced by fellow commander and Boondock Saints alumni Sean Patrick Flanery, he’s tackled the online media world like a champ and so far seems to be enjoying the opportunity to reach out to his fans.

In addition to the notoriously hilarious role of Rocco in the Boondock Saints franchise, David has appeared in the films The Black Dove, Dead in 5 Heartbeats, Jake’s Corner, and Anthony Colliano’s Feeding on Fear.