Warning, there’s a horde of episode spoilers below.

None of the crew will make it out of Georgia if they don’t find supplies. There’s been a drought over summer. None of the creeks they’d used to find water before exist now. Digging would only provide enough water for maybe two people—using more energy than they can spare. They have no food. There’s no handy side-of-the-road towns to pick over for green beans and fruit cocktail. Even when they hit a spot in the road filled with cars, there’s not much left that’d keep them walking toward their goal. Abraham’s big find was a bottle of booze, which he intends to drink despite dehydration. This last stint of life on the road has kicked the crew in the shins every chance it gets. When a pack of wild dogs attacks, it’s the first time we’ve seen a live domestic animal since the pigs at the prison. It’s also when we find out just how determined these people are to survive. A dinner of dog meat isn’t something many can stomach, but they had to or admit they’d given up the fight to live. There’s a couple characters who look like they’ve already thrown in the towel on that fight. 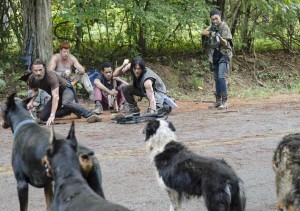 Over the three weeks since Atlanta—where they said their final goodbye to Beth—Maggie has done her best to hang in there. But long days in the heat without water and food paired with the trauma of her loss have taken their toll. Carl manages to lift her spirits a little, handing her a pretty jewelry box. In stark contrast, Gabriel attempts something similar and is shut down. To Maggie he’s a coward who hid when the people counting on his help came for aid. That cowardice goes against everything her father taught her and what she tried to instill in her sister before her murder. It also tempts her. Seeing the weakness in Gabriel makes Maggie disgusted at herself. She’s not sure she can go on without seeing her sister every day. They’d been so close to finding each other—Maggie missed her by minutes. How can she go on when her family’s journey has ended? Glenn tells her, “Keep fighting.”

Fighting is what Sasha does best. It’s what Tyreese did best, as well. This family trait of extreme violence to cope with strong emotions is a handicap the group cannot afford at the moment. They’re exhausted, in no condition to walk the remaining sixty miles to Washington, let alone take on a herd of walkers who’ve been harmlessly stalking them for miles. It doesn’t stop Sasha from messing up a non-violent plan to get the walkers out of the way—pushing them down an embankment near a bridge—and attacking. Michonne has to shove Sasha onto the ground to make her stop fighting. While yes, Sasha’s bloodlust and drive to fight the world did net the crew a canine dinner that night, it will also cost them later down the road if she can’t learn how to channel her feelings into something more productive—like finding food they can carry that won’t bleed over the last of the bullets. Sasha likewise isn’t sure is she can go on without her family. 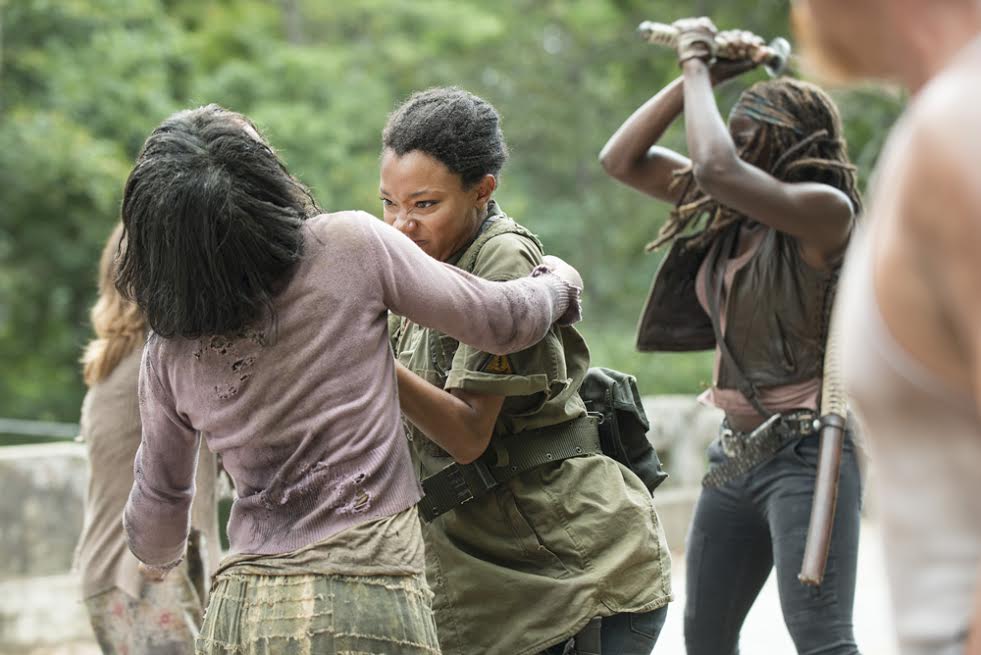 Daryl stands as proof that one can go on after losing their entire family. He made it through Merle’s disappearance, reappearance, turn as a kinda-don’t-hate-him guy, and his death…s. Coping with that loss wasn’t a solo endeavor. He had his chosen family and they needed him to keep them safe. Beth needed him. Judith needed him. And he failed one of them. Just like he failed his brother. Just like his family failed him. Daryl is caught in a cycle of disappointment and loss—one that stretches years before the walkers came and shook things up. He’s hit a breaking point. Not even ever-vigilant Carol can derail the trauma train hijacking Daryl’s brain. He’s resorted to sneaking off and burning himself in order to feel anything past the numbness. Carol gave him permission to feel his losses. It wasn’t enough. He didn’t feel safe expressing his emotions with witnesses. Not until he gives just a peek to Maggie because he understands the pain in her chest and the sleepless nights. He’s already wondered, “How can I keep going?” In the end, Beth—the seemingly weakest of them all—inspires two people who’ve never floundered this much in their sense of self before. She saves them, as hokey as that sounds.

Rick did the thing. He said the show’s name in dialog. It was a moving speech. It might even keep the troops going. But what’ll keep them going even better is something they’ve been denied for too long—hope. A helpful stranger says he has good news, but how many times must they be burned by the same promise before they learn their lesson? Or is Aaron telling the truth? 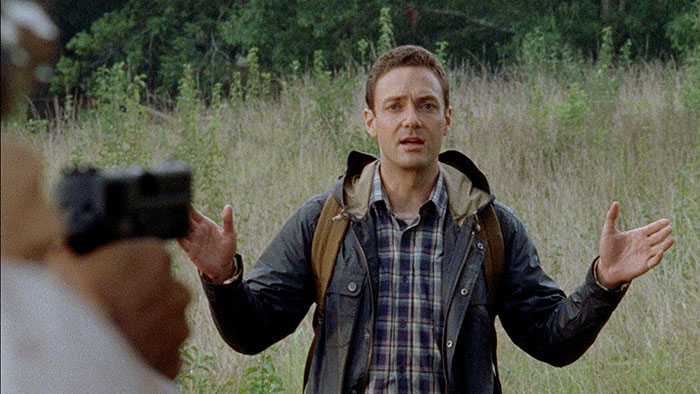