The episode focuses on Addy and Mack, who have yet to catch up with the escort crew after the zunami separated them. Citizen Z has tried and failed to reconnect them, leaving the couple in Four Corners, Utah with virtually no resources. Luckily, they find a creek to get water–at least they have a hand-up on the others, who relied on Murphy’s ruthlessness to obtain a two-day food/water supply. 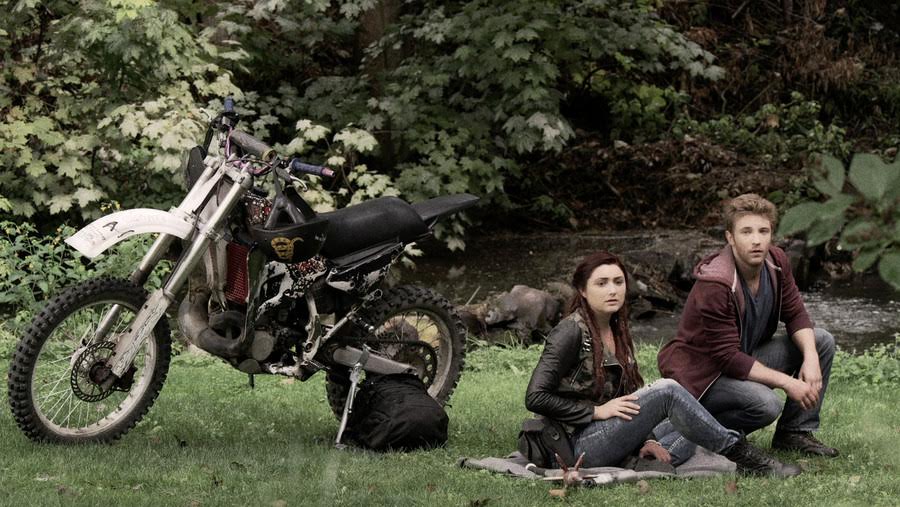 There’s trouble in paradise. Addy refuses to talk about the memories haunting her. Mack is frustrated. He doesn’t understand why she won’t open up to him, trust him with everything. Their argument is cut short when they move on from the creek. Addy wants to stay, it’s beautiful and relaxing next to the water. Mack points out, “Beauty attracts trouble. You should know that.” He’s got a point, even if it’s a slightly snippy way to say that Addy’s a magnet for trouble.

Maybe leaving the creek isn’t such a good idea. Their motorcycle runs out of gas down the road. The couple set up camp at a rundown warehouse—in front of said warehouse, not inside under an actual roof. Because that makes sense. Sleep out in the open with only a couple broken steel sheets to make a tent. The downtime gives Mack a chance to pry into Addy’s problem again. She finally tells him about the flashbacks. She thinks it’s a memory, but isn’t sure. Mack may be the guy fighting a zombie in these mental hiccups, but again she isn’t sure. With a total lack of nothing to go on, they devolve into an awkward game of Twenty Questions in which they realize they know nothing about each other—meanwhile they’ve failed to secure food, water, gas, and electricity so they can contact Citizen Z.

“We never stood a chance, Mack.” Addy points out that without the zombie apocalypse, they would have never made a logical couple. They have little to nothing in common. Heck, she doesn’t even fully remember the night they met. Addy can’t see a future for herself, let alone a future with Mack. Kids and marriage? Impossible. Mack wants to prove her wrong. He asks her out on a date. While he’s fashioning their meager supplies into a gourmet “dinner,” Addy sleeps in their makeshift tent. Mack comes back and opts to let her sleep. He dozes off, as well. 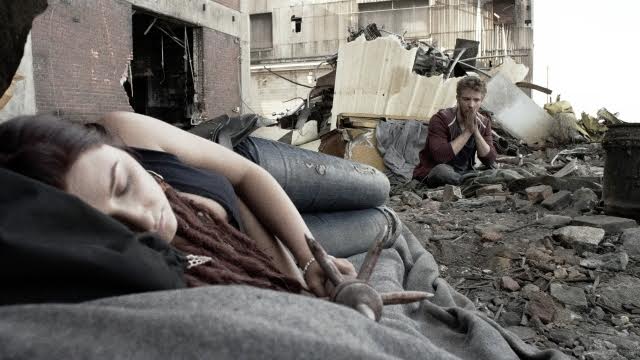 This is where the annoying part comes in. Everything from here on out is a series of dream sequences. Mack wakes and hears Addy scream. He runs after her, encountering a trail of dead zombies who’ve been bitten by something—a rattlesnake. There’s also one live zombie left. In each dream sequence, Mack fights the zombie in some way and dies. In dream four, he survives long enough to find a random wall with a door in the middle of a warehouse before he’s killed.

It’s not until dream number five that things notably change up. This time Addy is still in their tent when Mack wakes. He tells her he thinks he’s been dreaming about the future. They hear the same zombie roar from Mack’s dream. They run off, taking the same path from the dream, but everything is different. No dead zombies. No snake. The door is still there, along with the live zombie. They break through the boards on the inside of the door, but not in time. The zombie bites and kills Addy. Dream six, Addy is gone again. Mack goes straight to the mystery door. The zombie waits, but doesn’t interfere. The boards behind the door are gone, allowing him to rush down into a basement. There’s a dying kid, bitten by a female zombie who attacks Mack. He stabs her repeatedly in the torso.“Why won’t you die?”

Addy wakes Mack from the dream because he’s yelling at the dream zombie woman. He asks Addy where the necklace came from. Suddenly we’re in Addy’s dream sequence, not Mack’s. She goes to the door. She kills the male zombie which has killed Mack so many times. 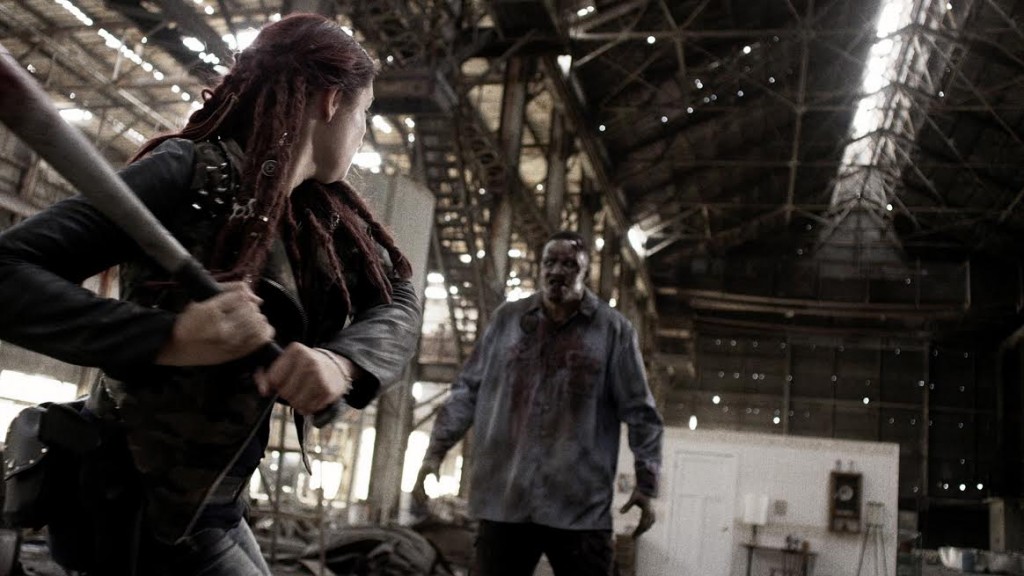 Down in the basement, Addy is the one who stabs the female zombie. After the zombie finally dies, Addy opens her hand to reveal her necklace. Suddenly we’re back at the creek. Mack sleeps beside the motorcycle. Addy weeps hysterically down by the water. She remembers the first night of the zombie apocalypse now. Remembers she didn’t know how to kill a zombie and that her mother was the first she gave mercy. Forty minutes of a reoccurring nightmare—which we thought were Mack’s for thirty minutes—just to tell viewers she’s having issues about killing her mother. 10k killed his father and they handled it with two or three flashbacks.

Addy and Mack aren’t characters who can carry off their own episode, let alone an episode where the writers decided to play with weird story-telling techniques. The next episode better have more than two main characters. This was ridiculous and did nothing for the main plot.