Last episode, Lowell was a minor distraction compared to the rampant Baby Fever cooking Liv’s brain. This time around, she’s so caught up in her new lover and how he makes her feel, she ignores the people who’ve been by her side pre-and-post zombie infection. When Major calls from jail, she ignores it in favor of a rather intense foot massage. Later in the episode, she agonizes over whether or not she actually has a relationship with Lowell or uses him for bedroom antics—despite the fact that in the previous episode, they spent an entire night hanging out as friends because Lowell ate a gay brain. The agonizing doesn’t amount to any growth on her part, his part, or for their relationship. They talk for a couple minutes, it magically fixes everything she sees is wrong, and they end up in bed together again. Liv can’t handle her own relationship, but analyzes everyone’s personal lives in the episode with help from the most recent case on the morgue’s table. The hypocrisy is strong with this one.

Since Liv is missing in action, Major relies on his roommate and friend, Ravi, to bail him out. Ravi is beat to the punch by Peyton, Liv’s roommate, who finds just the right loophole to get Major out of jail without bail. 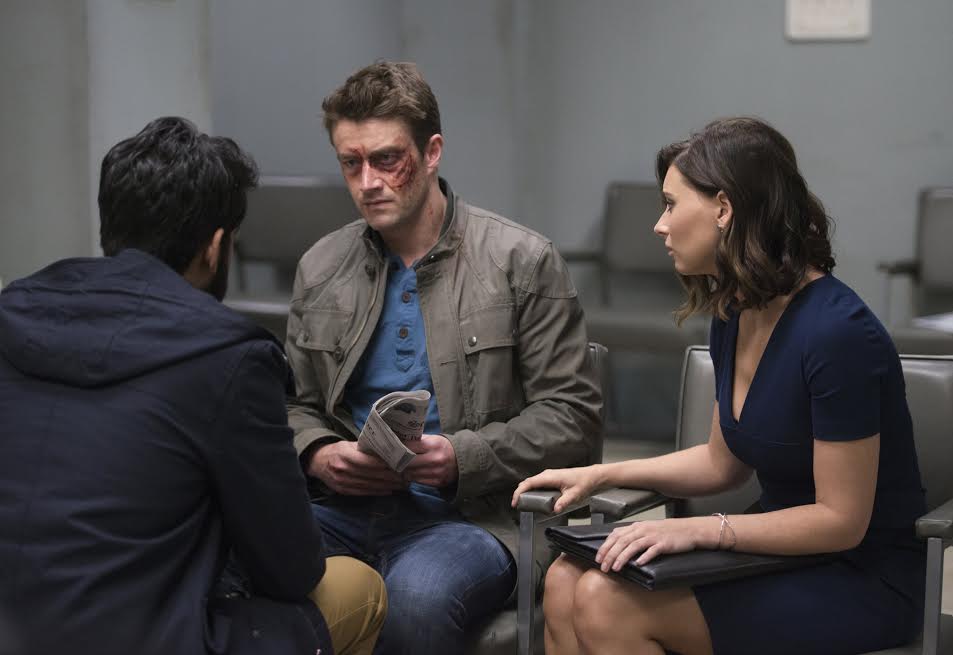 Everyone Liv is close to comes to her ex’s aid. Ravi even carefully breaks the news that the police found the bodies of the missing boys. However, he can’t bring himself to tell Liv what’s happened to Major—aside from informing her about Major’s recent break-up. What is Ravi protecting her from? She’s pretty much gone through the worst thing possible in her life; finding out her ex played Batman, was caught, and beaten for his part in antagonizing an already tense police department isn’t going to ruin however long she’ll stuck in zombie limbo. It’s an absurd character decision. The show is full of them. Like Ravi’s failure to properly handle his undead rat friend at the end of the episode. Maybe a human shouldn’t handle the infected rodent, like, at all. Even with chainmail gloves. Spoilers: It proves to be an incredibly stupid idea. 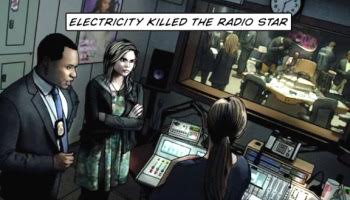 The case is a nightmare—overly complicated like so many others this season just to drum up false tension. A radio relationship gossip queen, Sasha Arconi, is murdered on-air, electrocuted by her microphone. There’s no security in the building, anyone could’ve walked in to rewire the murder weapon. One caller is suspected after calling out the plate number for the car belonging to her husband’s mistress. Just so happens, the car belongs to Sasha. Problem is, Sasha believed in free love. There’s no telling how many lovers she has floating around in the world.

One lover in particular hosts a rival sports talk show, Morning Hurl. Their on-air hatred is the stuff of legends. It’s also disgusting. Morning Hurl’s host, Chuck Burd, is King Pig in the land of Misogyny. A shame since they brought in Battlestar Galactica star Aaron Douglas to play Burd. Everything from the character’s mouth degrades Liv or the deceased in sexual ways. 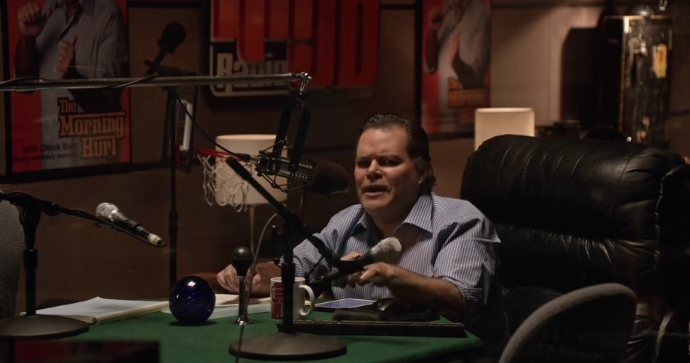 Is this necessary? Is this entertaining? Is this appropriate for a show touting a supposedly strong female lead? Bringing in Burd one episode after they forced Liv to become baby crazy isn’t wise. It perpetuates her role as victim. Sure, she talks a big game when Burd confronts her, but that’s thanks to Sasha’s brain. Liv is a passive vehicle for her meals and their personalities. They didn’t even need Burd for the plot to work. He is a red herring. The real killer is, of course, a woman jealous over professional success. Because women are incapable of coexisting in a competitive work environment. Sure.

To make everything more convoluted, at the end of the episode, Liv sees Blaine walking into Lowell’s apartment building. She should’ve thought about how her new lover sated his brain habit long before now. Oh, and the brain they ate for breakfast after a night in the sack? Just so happens to be Jerome’s. Major buys a gun after delving deeper into why Dupont had a brain in his car. Because guns solve everything. How these characters haven’t killed each other by accident yet boggles the mind.