Without the helicopter Citizen Z failed to provide them with, the crew continues the trek west on the dim hope there’s still scientists left to take over caring for Murphy. They make a pit stop in Illinois to play at normalcy, taking over an abandoned house which just so happens to have . . . an electric fence? Pretty sure it’s something they rigged, taking advantage of the low chain-link fence around the house to secure it for some rest and relaxation time. How does one relax with zombies banging on the gates?

Addy and Mack frolic in the front yard before vanishing into one of the bedrooms to try and fail to have alone time. Roberta and Charles get cozy in the kitchen, drinking coffee. Murphy and Doc play poker, the stakes including whatever pills Doc has left after miraculously treating the burns he suffered during the fight with McCandless. 10k and Cassandra perfect the art of brooding in the living room, ignoring the poker game. Pretty normal, until someone has to go outside and kill the zombies frying on the fence.

Physics takes another vacation on this episode. The crew uses a blunt broom stick to pierce zombie skulls. Doable? Yes. However, it takes significant force to puncture a skull. Any time someone staked a Z, it never felt like enough force to do the damage shown through the zombie’s sudden demise. Lightning kills whatever system they set up to charge the fence. That’s pretty believable. But when the tornado shows up, stuff gets weird.

“Hang on, am I missing something? You did not drag my ass this far so that mankind’s hope can get sucked up by a tornado, did you?” Murphy sums up the plot problem perfectly, as usual.

They hole up in a nearby city, where Roberta and her husband Antoine lived before she shipped to New York to help with the outbreak. The house is a standard size with a basement she swears will protect them from the storm. Seeing as there’s windows down there, my faith in its protective abilities would’ve been shaken from the get-go. The tornado chases a horde of zombies toward the city. Slower zombies become part of the twister. Yes, there is the required Sharknado joke thrown in when the first Z takes flight. 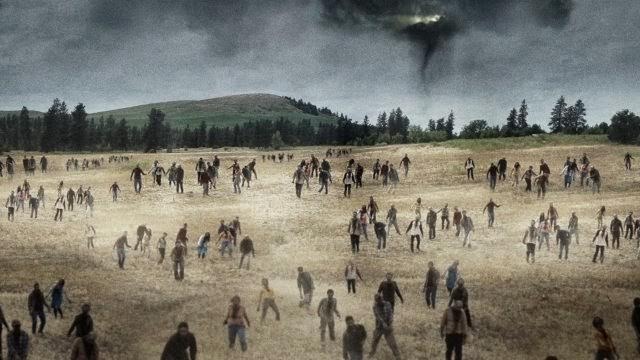 At one point, they split into groups to find medical supplies to patch up the walking head wound and his girlfriend who’d been hiding in the house before Roberta’s homecoming. The newcomer’s head trauma leads to another round of “Doc isn’t a real doctor” but he goes on to perform a rather invasive procedure to relieve pressure on the guy’s brain. And screws up. Of course. During the same time, 10k and Cassandra think it wise to hide from the tornado in a sedan. I still can’t fathom how these people made it out of New York.

Once they reach Roberta’s home, she loses some of her fight. There’s no clear sign from her husband to tell her if he’s still alive—aside from testimony from the people in her house saying “the fireman” sent them to stay there. During the supply run, she discovers nearly the entire fire department staff locked in the station, all undead. Included in the group is her husband’s best friend. By the time they’re done giving mercy to the department staff, the tornado is on top of the town. She gets Charles to safety, locks him in the basement with the others, and sits in her living room, waiting to die or be saved by Antoine.  Someone—Antoine or another faceless firefighter—covers her when the ceiling collapses, taking all four walls of the house with it. Miraculously, she survives. The basement crew survive. Even 10k and Cassandra’s less-than-bright hiding spot somehow keeps them alive. Suddenly, Roberta is okay with moving on. She talks to Charles as though she didn’t just try to kill herself via tornado. Someone remind the show’s writers that this is not how suicide attempts work, even if it’s death by failing to protect oneself from a natural disaster.

Murphy may have pluck, but his body is slowly giving up the fight with the combination of Z-virus cure and the bites suffered shortly after they pumped him full of it. He’s rotting. It’s the best word for what happens in the episode. Teeth grosser than they should be—they’re on the run, but still capable of brushing teeth—eyes jaundiced, skin mottled, and his hair is falling out. 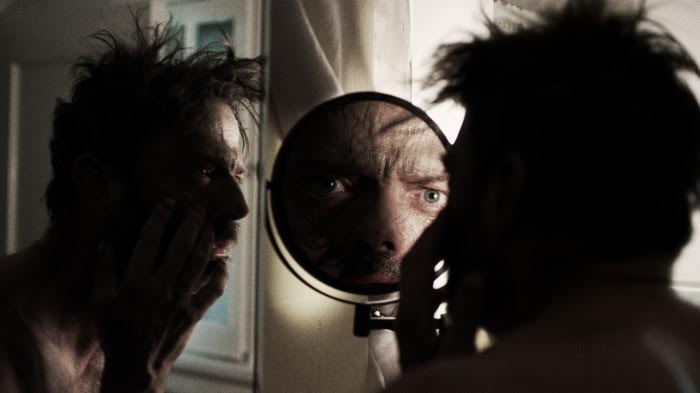 To stop the others from noticing, he takes the time to shave his head. While a tornado is practically on top of them. Makes total sense. The empathy Murphy shows for the zombie flung through the basement window is striking. It’s one of few times we’ve seen anything other than amused contempt on his face. What does his degeneration mean for the cure overall? Does it work, or does the cure merely push back the symptoms? If so, everything they’ve done, all the bodies they’ve dropped since New York, is for nothing.