Liv, obviously, isn’t handling Lowell’s murder well while operating on PTSD brain. The police drag her into interrogation after neighbors report gunfire at his apartment and they discover the body. She’s lying badly, about to be arrested for the murder, when Lt. Suzuki—Blaine’s pet zombie-cop—walks in and says Lowell shot himself, case closed. Is this to save Liv, Blaine, or keep the undead truth under lock and key? All of the above, I’d say. Suzuki knows what happened. He has to. Blaine dragged him too deep into the muck around his brain delivery scheme for him to deny anything z-related coming through his office—including Liv herself.

How does Liv celebrate escaping jail and a murder charge? Dives face-first into an alcoholic’s brain. This particular alcoholic happens to be Rebecca Hinton, the reporter who broke the story about the police department’s failure to allocate resources to find the missing skate park kids. Her death has nothing to do with Blaine and company, though. Over the last few months, she chased a story about seemingly random, violent outbursts—including a young man, Jason, who snapped and assaulted people in a library. Long story short, Max Rager is at the center of attacks in at least three cities.

Day-drunk and brimming with journalistic bravado, Liv marches into the Max Rager offices. Bypassing the high-strung office assistant, Adele, she comes face-to-face with Vaughn Du Clark. He attempts to charm away the accusations. Their conversation is cut short by Adele and two security officers. Apparently they were smart enough to call in to check Liv’s credentials. Oops, not actually a cop. Time to go. Go get drunker, of course. 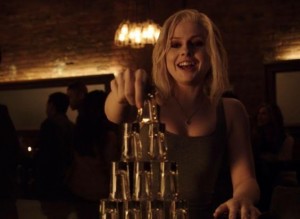 At the bar, one of Rebecca’s sources for her story comes forward. Sebastian tells Liv about a second informant, someone on the inside still. It sets a fire under Liv to find answers. Alcohol and fire, a great combination.

She finds Rebecca’s inside source at a morning Pilates class. Adele hesitates before agreeing to make a deal—and runs the second Liv leaves her alone. Neither make it far. Sebastian waits in the parking garage, easily taking the women. Liv wakes on a boat with Sebastian and a corpse. Into the drink goes Adele. Sebastian takes time to taunt Liv. Bad move. She’s sobering up and it doesn’t take much to go full-on-zombie. Liv saves herself, running the Max Rager hitman over with his boat.

A far more pressing problem—which Liv ignores—is Major’s descent into madness. Clive can’t find anything to substantiate Major’s story. Dupont is at the gym, bench-pressing a small car. Obviously he doesn’t have three bullets in his chest. Worried, Clive advises Major find psychological help. Ravi unfortunately has to parrot the idea. When he asks Liv to tell Major, she shoots it down. 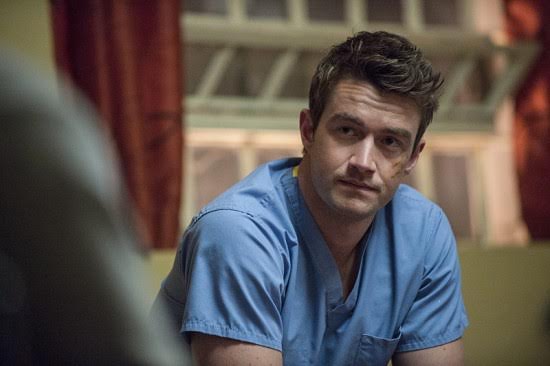 “He’s lost his job. He’s breaking into cars. He’s shooting people. He’s doing all of this when he thinks the Candy Man is killing kids. What’s his move when he finds out he’s eating them?”

She has a point. Some people aren’t built to handle the truth. Isn’t she selling Major short, though? He’s proven there’s not much which will dissuade him from finding the truth, no matter how odd. So zombies are real and have a taste for young brains, it’s not too far of a stretch from thinking that body builders munched ’em to build muscle. Cannibalism is cannibalism. No one says anything to Major. He leaves for Blooming Grove mental hospital after taking care of Liv after yet another binge-drinking night. At the hospital, he meets a man who likewise faced a zombie and walked away to tell the tale. Sad when a complete stranger is more helpful than the woman he was supposed to marry.

Liv does come to terms with Lowell’s passing and her part in it. Ravi signs a falsified coroner’s report stating Lowell killed himself. Now more than ever, Liv is determined to kill Blaine. I think this time she won’t hesitate with her finger on the trigger. 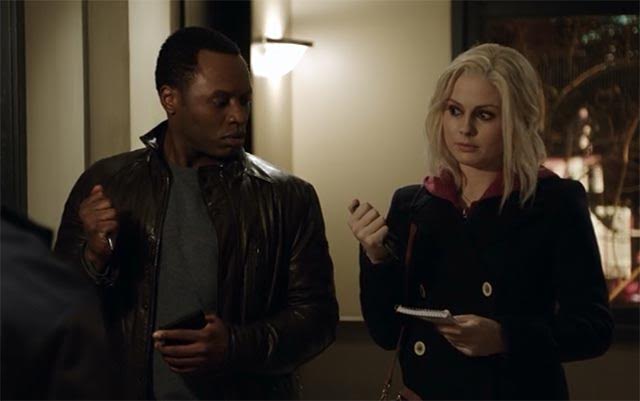