Corpse time. Simon Cutler was a grade-A d-bag with a God complex and far too much time to spend on a computer. When Ravi and Liv get the call—while Liv sutures the cuts on Major’s forehead from his fight in the previous episode—to pick up the deceased, they had no clue he’d marinated in his own juices for ten days in his basement. 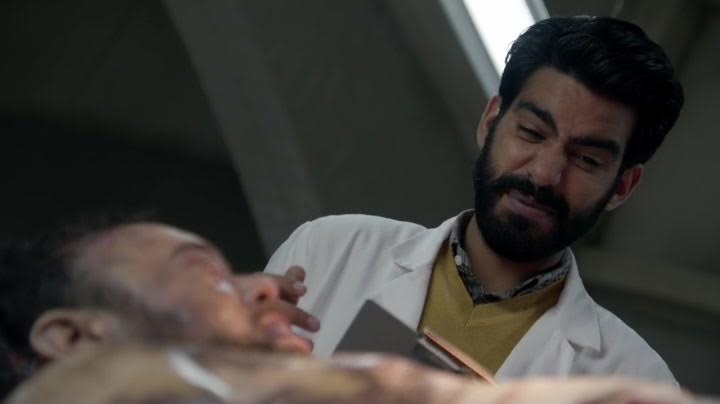 Yes, Liv made a smoothie from brain matter so decomposed, they probably had to pour it out of the guy’s head. Even I draw the line there. Brain isn’t like steak; aging doesn’t do a thing to improve flavor or texture. Simon’s brain gives Liv a wicked case of agoraphobia, cravings for cheese curls, and mad computer skills. She puts the latter to use, breaking into the dead guy’s computer at Clive’s insistence. A possible lead through a video game falls flat, and eats up screen time which could’ve been spent actually building the plot for the murder case. Honestly, they solve this one by accident. It’s a bittersweet case once everything is on the table. Simon unleashed his anger on a customer service representative, going so far as to put her on the registered sex offender’s list and releasing false nude photos online. After a year dealing with his torture, the poor girl killed herself. Her brother tracked Simon via a Yelp review and took his revenge with no regrets. Unfortunately this story is buried under Liv’s love life and the snail-paced Blaine story arc.

Speaking of, Blaine has to clean house again. His woman-of-the-month, Jackie, loses her temper after a botched brain delivery and eats the delivery boy. It happens to the best of us, Jackie. However, Blaine isn’t as forgiving. One drill bit to the head later, Jackie has eaten her last free meal. Ever. It’s not the last heard from the dead delivery boy. His body is found, leading Clive straight to Blaine’s slaughterhouse/café. He doesn’t get any information from Blaine and nearly gets himself killed. Bravo, Detective. Meanwhile, Major stumbles on footage which places Blaine in the skate park with the guy he thinks is the Candy Man. Ravi sees and takes the problem to Liv. What the heck can she do about it? Major won’t listen if she tells him to drop it. Clive will get dead, or undead, if he comes at Blaine again. Rock, Hard Place, please meet Liv. 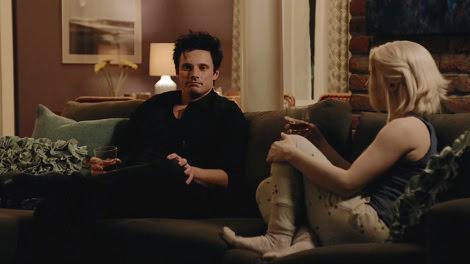 A surprisingly easy decision is the choice to give it a shot with Lowell. It’s easy to talk to him, zombie to zombie. Liv only really has Ravi to talk dead things with. Even then, there’s things he just can’t understand. Right now, that’s Lowell’s appeal. He empathizes with her problems. Brings her anxiety pills after Simon’s brain throws her for a loop. Lowell even got out of Dodge when things ramped up in the murder investigation without complaint. He’s too good to be true and that makes for boring television. But they kiss, so someone, somewhere must be pleased.