Their mechanic is out of commission—Roberta checked out after giving Charles mercy and isn’t planning to come back anytime soon. The others want to give her space to mourn. Murphy knows if she falls down that rabbit hole, they’re all doomed to follow suit. 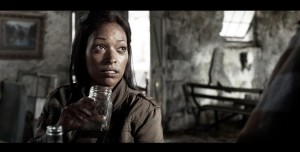 Roberta is allowed to marinate in her feelings for the majority of the episode. Once 10k patches the radiator hose—and Doc stupidly dumps their entire water supply in the radiator—they find a trading outpost, where Warren proceeds to drink her weight in moonshine. Literally. That’s all she does until the last five minutes or so of the episode. Then when facing off with a zombie bartender, suddenly she’s ready to talk. Not to the living or the bar tender, but her lover, Charles. She blames him for dying and abandoning her to hopelessness, burdening her with a “beautiful lie” about the possibility of a better future with him by her side. In minutes she goes through half the stages of grief, landing on anger. Her anger transforms her into an efficient killer. But has she really moved on from the grief?

Mack is more than ready to move on. After the truck broke down, he and Addy scout ahead, looking for a place to pick up parts or even a mechanic who’ll do more than nap in the broke-down vehicle. Of course, they find nothing. Major Williams warned them, there isn’t much west of where his camp had been. Seizing the opportunity, Mack suggests he and Addy take their mysteriously-located motorcycle and run off together.

“Addy, the only promise we ever made was to each other—stay alive.” 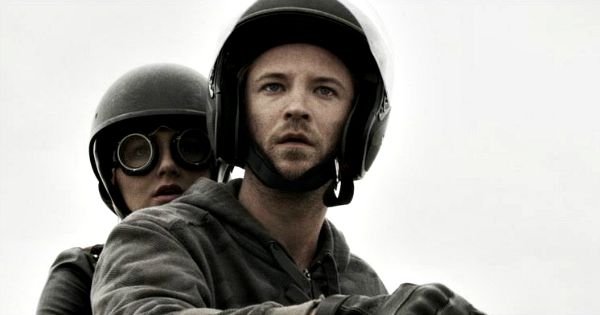 She can’t leave Warren, can’t leave the memory of Garnett and how he saved her from the cannibals. Most importantly, she can’t trust Mack to not decide he’d be better on his own a week or two down the road. Reasonable. He’s willing to cut-and-run on people who’ve kept them alive for weeks. Who risked everything to save Addy when it wasn’t in their best interest. Mack can’t handle turmoil. With the weird flashbacks Addy’s had over the last few episodes, turmoil is all she’s got to offer. She needs the solidity of a large group in case she freaks—it’ll save Mack’s life at the very least. He agrees to go back. Senses there’s something she’s not telling him. It doesn’t matter. By the time they make it back to where they left the others with the truck, everyone is gone. Better yet, there’s a wall of zombies heading their way.

Cars are the number one fatality on this show. The trusty ol’ truck is showing some wear and tear—again. So of course the solution is to enter 10k in a live zombie-shooting contest at the outpost they found on accident. The prize is a .50 caliber rifle, which they plan to trade for a functioning car. The deal-makers are named Sketchy and Skeezy. I’m feeling huge waves of trust from these guys. Doc knows them from back in New York and vouches for their intentions. Spoilers: The plan doesn’t work. Of course. These guys aren’t allowed to have a reliable car, it’d make it too difficult to cause problems for them plot-wise.

Murphy is nervous and getting dumb with panic. He attacks a guy, Forman, to steal his car. During the struggle, he goes rabid, biting Forman’s neck. A little blood. One ticked-off drunk. And now there’s a witch-hunt on for Murphy. That’s when everything goes downhill—and how Roberta ends up chatting with a zombie bartender. Forman and his posse catch up with Murphy during the shooting contest. Doc, who’s been at 10k’s side with Cassandra, hears a ruckus and they dart off to save Murphy’s backside. A few misfired guns take out three or four innocent bystanders—including one poor sap using the outhouse and Forman. They turn zombie instantly. Except Forman. He’s just dead. Murphy inspects the bite mark he left and finds his tooth embedded in the wound. Turns out he is the cure after all. Here I thought they’d go through all this trouble for the cure to fail catastrophically upon arrival in California.

There’s still time for things to go wrong. They have to stay ahead of the zunami, first and foremost. 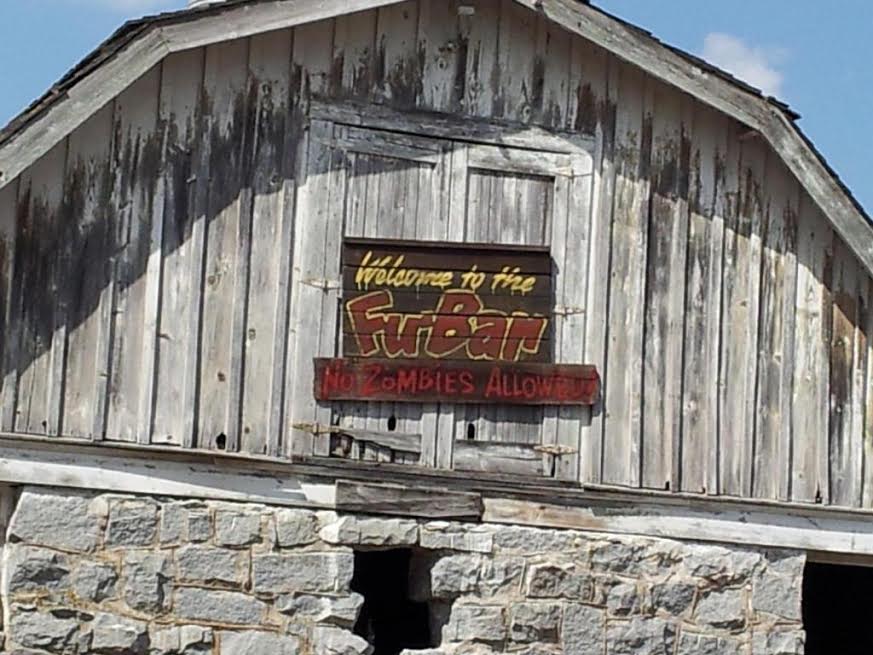