Poor Theresa didn’t survive the beating at the end of the last episode. Seeing as Sebastian had a knife in his head before the attack, there’s a new killer on the loose. Liv wastes no time digging into Theresa’s snarktastic brain—served on a BLT with not-spicy-enough mustard. The first vision connects the dots for the Scooby Gang; the kids were attacked for the Max Rager flash drive Theresa took from Sebastian’s pocket before they buried him. It explains all the texts about “The stuff” and money flying around during Kimber’s case. Someone from Max Rager wants that information and they’ve resumed killing people to get it back. The lone survivor from the band, Cameron, is missing. When the police finally locate information, it’s from a gas station surveillance camera. Cameron walks in, grabs enough food for two people, and mouths, “Help me.” It’s a good cover story. While he’s dropping breadcrumbs for the cops to follow his “kidnapper,” Cameron meets a Max Rager representative and sells the flash drive. Then they try to blow him up. Terrified, Cameron hops on a bus to Canada . . . and is caught at the border because he didn’t think they’d catch on to his scheme and put out an APB. Moron. Faced with Clive’s not-so-veiled threat to hand Cameron over to Max Rager—who has plans to get their money back if the tracking device in the bag of cash is any indication—Cameron spills everything, including a cloud-stored copy of the flash drive’s contents. 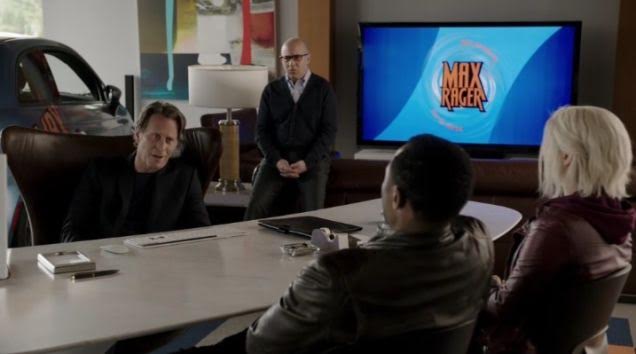 Max Rager’s part in zombie creation is bigger than anticipated. And an accident. Vaughn Du Clark tasked his scientists with creating Super Max, an energy drink which makes the consumer never need sleep again, plus a few other enhancements. The tainted energy drink which went public is likely the test batch of Super Max, sent out in the world to see what’d it do to humans. MR took advantage of the opportunity when Sebastian made his way back to them post-turning. He went to them in good faith. Then went nuts and killed the lead scientist. It’s okay, Du Clark has a spare scientist laying around. Once the guy recovers from the whole, “Zombies are real,” shock, he’s pretty onboard with the Super Max plan. Though that doesn’t stop him from being Creepy Mc Staresalot when Liv and Clive come for yet another friendly chat with Max Rager’s CEO, Du Clark. Despite all the manipulation and murders, the documents they hid came to light. It’s no rain on Du Clark’s parade. He’s got the makings of his own personal undead army. He may not be able to keep that army undead for long. Ravi’s cure is on the fast track to success. Hope 2 (as I call her) is alive and well after taking a low dose of the cure. Unfortunately, with all the zombie-related deaths, Max Rager antics, and Major’s kill-’em-all approach to the undead, Liv’s patience will not last long enough for Ravi to test the long-term effects.

“I don’t care. The man that I wanted to marry has vowed to kill every last zombie and last night my best friend looked at me like I was a monster. Which, incidentally, I am. I want my life back, Ravi. I eat brains. It’s disgusting. I am disgusting. I’ll sign a waiver, just let me do it.”

Ravi talks her off the ledge, begging her to give him time to test and replicate the formula. There’s only one, maybe two doses left after returning Hope 2 to the land of the living. He wants the cure for every zombie Blaine and Max Rager made over the last year. Liv almost doses herself at one point. Then she gets a phone call about Major.

What about Major? For most of the episode, he’s rooming with Blaine. By rooming, I mean Blaine keeps him locked in a freezer at Meat Cute, hoping slow torture will get Major to cough up the location of the astronaut brains he stole. 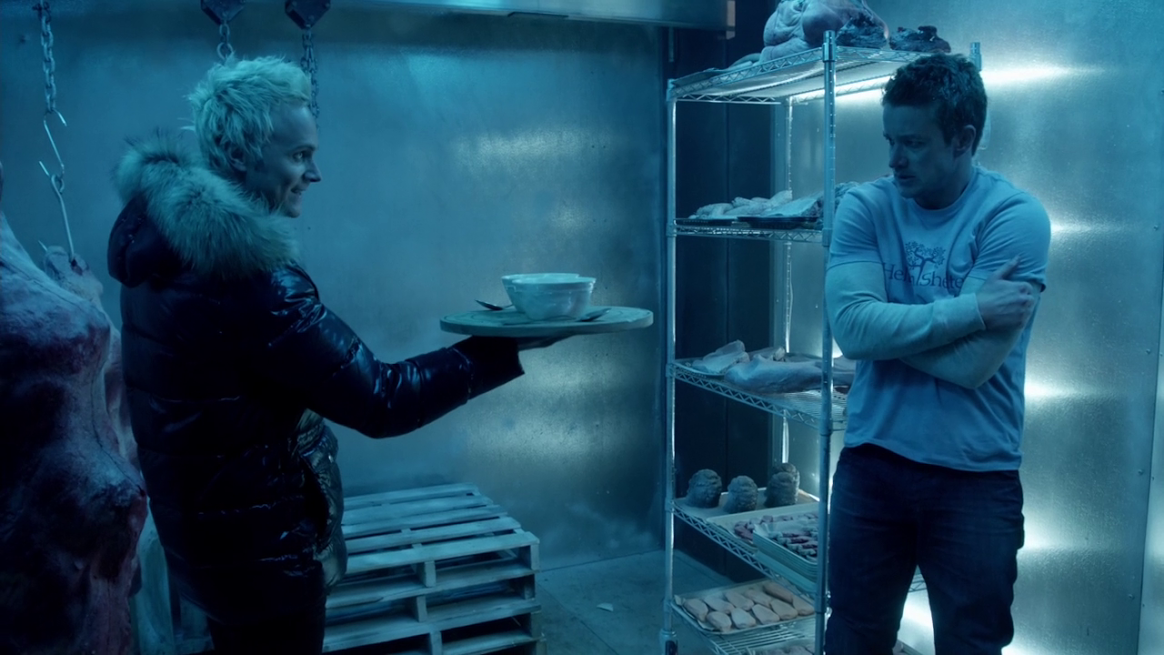 The stubborn human doesn’t budge. Eventually Dupont and Blaine put the pieces together—Liv has the brains. Blaine’s call, interrupting Liv’s impulsive decision to test the cure on herself, is pretty predictable. She gives him the brains, she gets loverboy back. Only, Blaine can’t let a mere human run around yelling, “The zombies are coming!” He dresses a random dude in Major’s clothes and trades him for the coveted astronaut brains. While he’s away, Major escapes from the freezer, using a lighter from the corpse chilling with him and urine. Hey, whatever works in a pinch. Robo-Counselor retrieves his small arsenal from his car and doubles back to kill every zombie in Meat Cute. Blaine returns, stabs Major. In return, Liv shoots Blaine. Ever the opportunist, Blaine offers to give Liv his entire client list. He justifies his actions, saying he’s the only reason the zombies aren’t attacking the city, turning and killing everyone in their path. It’s a valid point, I’ll give him that. Only, the city wouldn’t be in such dire straits if he hadn’t turned the majority of the people now threatening it if they don’t get their six o’clock dinner delivery.

Then Blaine goes for the sucker punch. All Liv’s work to keep Major from finding out she’s a zombie flies out the window. His dying moments are spent reeling from her betrayal. In return for Blaine taking away something she holds dear—Major’s trust—Liv takes away something Blaine loves more than anything, his zombiehood. He gets one dose of the cure, and it appears to work before he runs away, leaving Liv to deal with Major. Liv does the only thing she can and scratches Major without his permission. Not something he’s likely ever going to forgive, by the way.

She takes him home. Makes him soup, which he doesn’t eat. He’s livid. Unable to process how she lied to him for so long, allowed him to think he was insane. Liv justifies her brain-eating, saying it’s all in the name of helping others. Said aloud, it feels like another excuse, something Blaine might say if his inclinations weren’t so rule-the-world. Unlike Blaine. Liv has a potential fix for at least one problem she’s caused. Major gets the final dose of the cure. 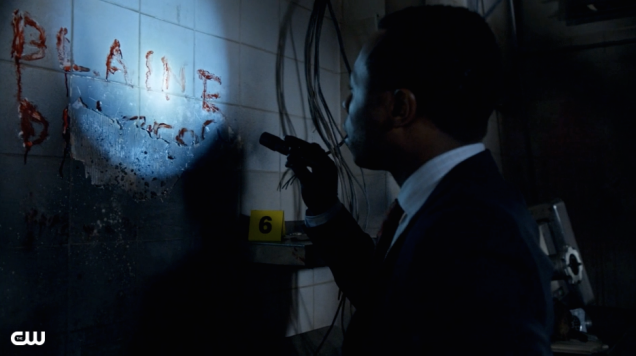 Lt. Suzuki takes it upon himself to clean the mess left at Meat Cute. He stages the scene as a shoot-out, shooting himself in the leg, as well. The next step is to destroy the evidence contrary to the story he wants the other detectives to follow—that means using fire, and a lot of it. Suzuki blows up Meat Cute. Unfortunately Liv’s brother, Evan, arrives for his first shift seconds before. Their mother calls Liv. Together they watch Evan in the ICU, struggling to survive. He needs a blood transfusion desperately. The only match they have at hand is Liv. Was Liv, at least. The episode ends with Liv refusing her mother’s pleas to donate blood. Sure, it’d keep her brother alive, but without the cure, she’d condemn Evan to a half-life. She could only spare one person she loves.

Not a bad ending for season one. Filming for season two is already underway and the premiere is on October 6th. What predictions do you guys have for the sophomore season of iZombie?