As promised, Fear the Walking Dead starts with a little undead action. We find Nick Bennett in a church which has been turned into a shooting gallery for heroin addicts where they partake in “Junkie Communion.” He wakes, looking for Gloria, the girl he shot up with the night before. Unbeknownst to him, she’s already up and eating breakfast. Not too sure how much nutrition is in a guy’s face, but it doesn’t stop her from chowing down on a poor sap’s cheek and lips. Nick freaks, as one does when facing an aggressive cannibal with freaky eyes, and bolts from the flophouse. He’s hit by a car when he stupidly stops in the middle of the street to catch his breath. 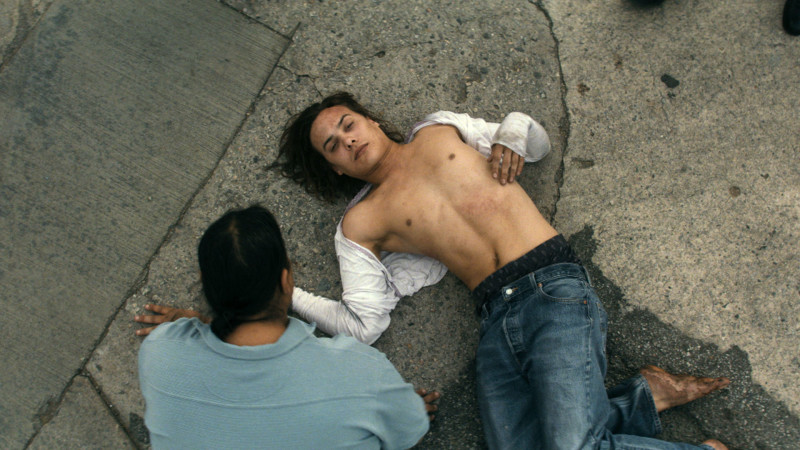 In the first five minutes, they establish Nick as an unreliable narrator. This position is reinforced after he’s checked into the hospital. A cop asks Nick all the usual questions—what happened, why was he running, where’d he get the smack from? Despite being freaked out, Nick responds with sarcasm and lies, calling his delusional ramblings about blood and gore a, “Runner’s high.” The lies continue when he mother, Madison Bennett, arrives at the hospital. It isn’t until much later that Nick opens up to Madison’s boyfriend, Travis Manawa, about what he saw. He admits he’s terrified to think what he saw isn’t real, but cooked up by his drug-addled mind. “If that came out of me, then I’m insane, Travis. Yeah, insane. I really don’t want to be insane.”

The episode’s tempo drops drastically once Madison and her daughter Alicia leave the hospital and head to school. Alicia is a student at the school where Madison is the guidance counselor. Travis also works at the school as an English teacher. At this point in the show, Alicia is only present to show just how screwed up her brother is compared to a “normal” child raised under the same circumstances. She has a steady boyfriend, a place at Berkeley after she graduates, and a serious chip on her shoulder when it comes to trusting her druggie brother. The last, I’ll give them a pass. It’s gut-wrenching to see a sibling fall into drug dependency and unable to help them in any way that sticks. But couldn’t they do more with Alicia? Anytime she’s given decent screen time, she’s latched onto her boyfriend, repeating, “One more year,” referring to her great escape to college. And then the oh-so-essential personality point, her boyfriend, goes missing. At least she gets more screen time than Chris, Travis’s son, and his mother Liza. There is more zombie footage than their bit part in the episode.

The mid-episode doldrums grabbed hard and fast. In an eye-rolling attempt to break it up, the show kept zooming in on people facing away from the camera and playing, “OMG, this guy’s a zombie,” music. Or they latched onto Madison’s near-belligerent refusal to listen to Nick and Travis when they told her about Gloria and the murders in the church. For heaven’s sake, Travis put his hand in a gore puddle, yet it’s not enough to convince Madison there’s something going on. Instead, she accuses Travis of using her son as a Band-Aid on his broken relationship with Chris. It’s not until Nick breaks out of the hospital that Madison will consider going to the church to see what happened with her own eyes. Even then, she has a minimal reaction to the blood on the floor, yet completely breaks down over a needle in one of Nick’s books. 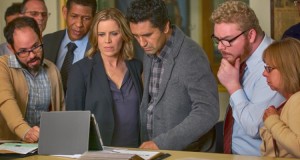 After Travis and Madison leave the church, they hit traffic—not unheard of on L.A.’s notoriously awful freeway system. They hear police warning people to stay in their cars and gunshots. Travis pulls onto the clearer road and they head home. The next day, however, we find out what happened on the freeway via a viral video the school’s staff watches together. After a car crash, EMT’s treat the victims. One man, lying on a backboard, attacks an EMT. Police beat him with batons, to no avail. Eventually they shoot him about eight times in the chest and, surprise, he stands again. Finally, an officer shoots the man in the head. This isn’t the first documented case of this nature. Tobias, a student Madison has taken under her wing because he’s prime bully bait, brings a knife to school the morning of Nick’s accident. He says, “We’re safer in numbers.” Madison asks why, but he doesn’t really answer. She voices her concern about his future if he continues acting out, bringing weapons to school. Tobias goes on to tell her, “No one’s going to college. No one’s doing anything they think they are.” The kids online are hip to what’s going down. All the adults have their head in the sand, apparently. Well, the adults and Alicia. She assumes the footage from the freeway incident is fake. When the police order the school to cut classes short, her belief wavers a little.

Nick’s a free man. So what’s the first thing he does? Call his drug dealer, Calvin. Madison and Travis think Cal is just Nick’s friend. Yeah, the only friend a junkie needs. Cal and Nick meet at a diner, then drive down to the Los Angeles River. Nick assumes he’s about to score dope. Cal assumes Nick is an idiot and plans to shoot him. They fight. Cal gets a bullet to the gut. Nick bolts like his stolen pants are on fire. Unsure what to do with the corpse, he calls Travis. Yes, because your mom’s boyfriend is always the first logical choice when dealing with murder. Being a good boyfriend, Travis brings Madison along and they all drive back down to the river. Only, there’s no body. Now Madison and Travis think Nick’s completely bonkers. That is until Cal shuffles up behind them when they go to leave. Madison tried to help. Cal mistakes her for a hamburger. Taking matters into his own hands, Nick runs over Cal twice to save his mother. It doesn’t kill the undead, just disables him enough he can’t attack anymore.

All Madison can say is, “What the hell’s happening?” Travis replies, “I have no idea.” 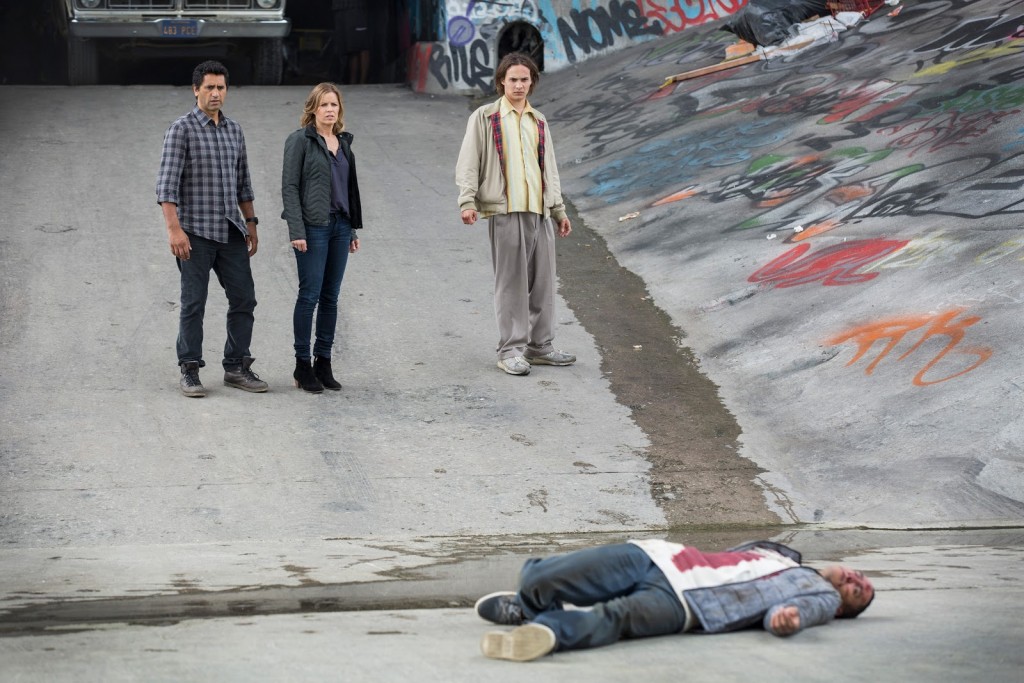 Which is pretty much how I feel after watching a ninety-minute episode for maybe twenty minutes of actual plot. This isn’t TWD, with its non-stop walker action, that’s for sure. But it’s also got a long ways to go in order to become a solid genre show which will keep fans in their seats instead of wandering off for snacks every time Alicia is on screen or Madison waves off Travis’ well-founded concerns for the thousandth time. They could have done so much more with the extra time for the pilot episode, and I don’t mean just cramming in more walkers or slow pans to show downtown Los Angeles.