The tortoise-pace they’re traveling at frustrates Murphy to no end.  He takes it out on Citizen Z, demanding the compu-geek get his tail in gear and locate Dr. Marilyn Merch, the woman who gave him the zombie-virus vaccination back in the prison. Murphy’s anger comes out of left field. The entire drive, he’s been a suitcase, more or less—along for the ride and not doing much to help. Suddenly, he’s itching for revenge against Dr. Merch. It could be his deteriorating condition ramping up his frustration. Without open communication from California, he’s not getting any answers about what’s happening to him or what will happen a week from now, or years down the road. How much of Murphy will be left by the time they reach the lab?

If they reach the lab in California. 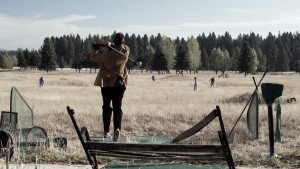 Yet again, the brain trust escorting Mankind’s Hope does something stupid and end up without access to their car. In the middle of a zombie-infested golf course. Why did it take all five of them to check a bridge? Roberta could’ve hopped out, jumped on the thing a few times to test it, then hope back in and drive on. But oh no, everyone piles from the SUV and onto the bridge, allowing a small zombie horde to cut them off from the car. Into the clubhouse they go. Except Murphy. He takes advantage of his new natural zombie appeal and snags a few practice swings on the course. Which means he isn’t present for the rescue-slash-meeting with a trio of new survivors. After bailing Roberta, 10k, Doc, and Cassandra out of a bind, the new guys—Frank, Janice, and Henry—invite everyone for a few drinks. One thing leads to a few too many drinks and Murphy spills the beans on his whole savior gig.

Somehow the next round of drinks ends up drugged. No clue how that happened. Murphy is abducted. Everyone else is handcuffed in an uncomfortable conga line with a zombie. Good thing there’s an umbrella handy. Does anyone else have a hard time suspending belief long enough to buy that any of the weapons used on the show would work to puncture a skull? 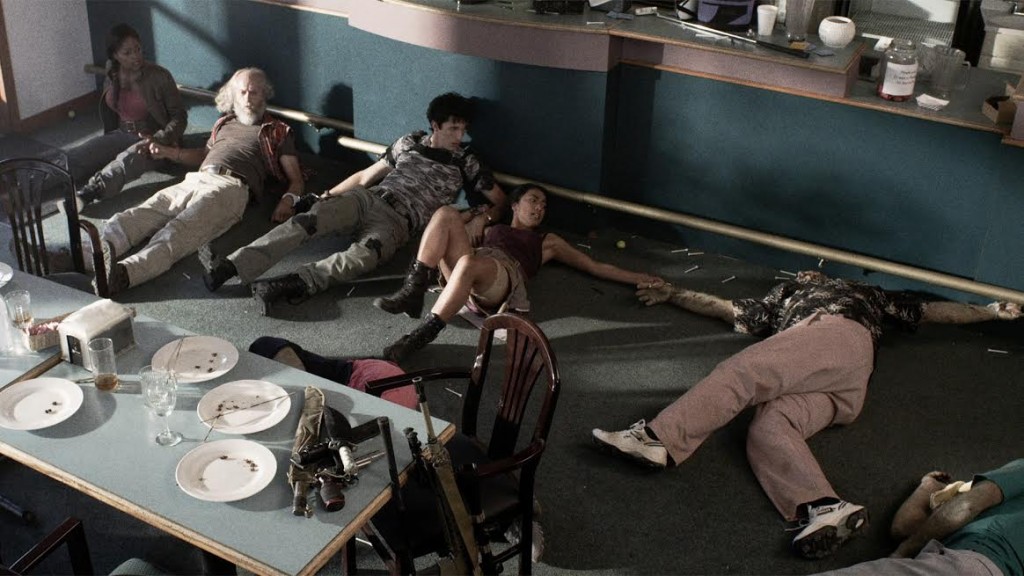 Fred and his gang drive Murphy into the middle of nowhere—not to be confused with the vast nowhere they’ve driven through for the entire show—and lay out their master plan. Mr. Savior will lead them into a pharmaceutical warehouse where they will load up on OxyContin. Because, as everyone knows, the only currency in the apocalypse is drugs. Only losers barter with food and other items essential to survival.

There’s one catch in the plan—the zombies aren’t the same run-of-the-mill undead they’ve run from since New York. Oh no. Half of the Zs are wired on Ritalin. Others, well, let’s just say the little blue pill doesn’t need a functioning circulatory system in order to affect a man. I’d like to thank the writers for sparing us from actually witnessing undead love-making. The reactions from Roberta and Doc were enough to sell the idea without crossing that line.

Murphy is one step ahead of everyone, concocting his own evil plan. First, he spits in Janice’s water. Then he works on her emotions, reminding her about her husband who died the last time they attempted to snag the drugs. Come to find out, Murphy’s mental mojo doesn’t just work on the undead. He controls Janice like a puppet, making her raise and lower her gun with a thought. Since it works so well, he takes the opportunity to scratch Henry, adding to his puppet army. Moments before he enters the drug company’s gates, Murphy bites Fred—insurance lest his plan go awry at any point.
Which, of course, it does.

Unaware that Murphy has his own escape plan in place, Roberta, Doc, 10k, and Cassandra barrel into the building. The distraction, plus the zombies following shortly after, gives Fred a chance to hold Murphy hostage. He’s the savior, after all. Killing him would put a damper in everyone’s day. Annoyed by being held like a damsel in distress, Murphy orders Fred to kill himself. The zombies take care of Henry and Janice. Everyone piles into a conveniently placed van and they drive off into the Colorado sunset. 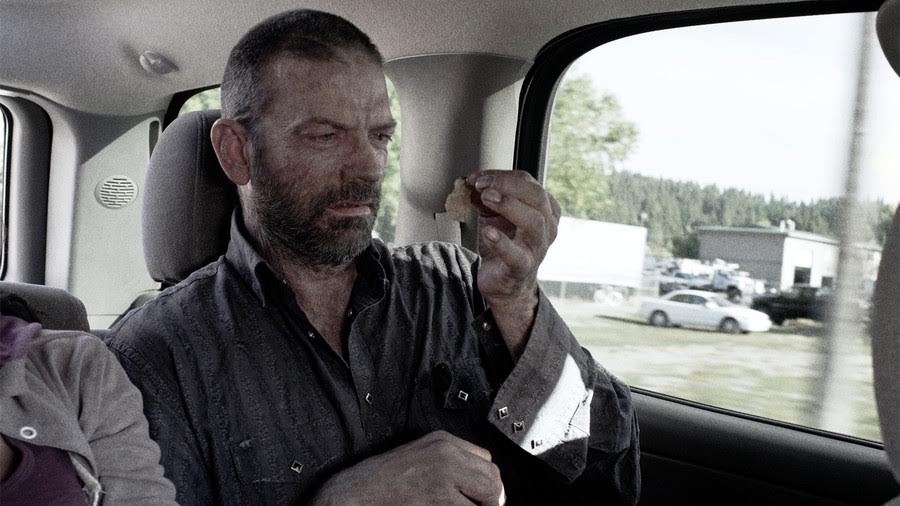 It’s not the most meaningful episode, save Murphy’s Puppet Master routine and Cassandra’s dwindling health from the infection in her leg. But, hey, they’ve got yet another maybe-reliable car. Citizen Z thinks he’s on the right track to find Dr. Merch. Things might finally go right for Murphy and his escort team just in time for the finale.