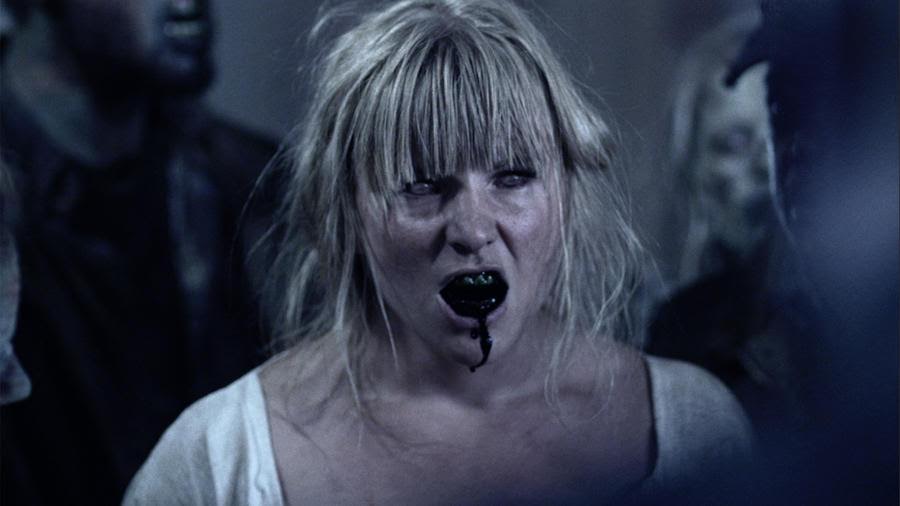 Doc spots a gigantic cheese wheel and takes a bite. Then Roberta and Addy push the sucker downhill, letting gravity take care of the undead parade. Vasquez helpfully suggests they head to a Mennonite community not far away. He’d been by there six months prior and saw survivors. Considering Serena can’t waddle five feet without projectile puking, it’s a good thing the community isn’t across the state. There’s a long, drawn out sequence covering Serena’s attempt to win gold in the Vomiting Olympics. Give the woman a medal and let’s move on, already. My lunch is trying to crawl up my throat. Note to self: leave the finger sandwiches for after the show.

After the worst of Serena’s morning sickness is over, the group is fired at, destroying the SUV they stole from the Zeroes. Vasquez takes a long-range radio as a souvenir. Serena saves the day, opening fire with an automatic rifle and cursing so much a sailor would be jealous. Hate to admit it, but as gross and annoying as she can be, I’d want her at my side during the apocalypse. If, you know, I still played for Team Living Folk. 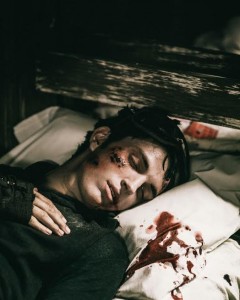 Faced with yet another car problem, they simply steal the truck from the woman Serena killed and roll down to the Mennonite community. Vasquez and 10k scout ahead. 10k takes out a few zombies covered in what’s later revealed to be anthrax. Not exactly the fun kind of white powder. Vasquez takes a minute to steal food and listen to the stolen radio. Roberta makes the call to take a chance and enter the community to ask for help. Good thing, too. Not long after they make contact with the Mennonite leader, Jacob, 10k succumbs to anthrax poisoning and Serena’s water breaks. The baby is on the way. No one is prepared, least of all Murphy.

10k is shuffled off to a bunkhouse with other anthrax patients. There’s not enough Cipro, an antibiotic made for animals but still okay for human use, to cure the sick Mennonites and 10k. All they can do with their current supply is stave off death for a little longer. Addy and Vasquez take Jacob to a small town nearby in hopes of finding more antibiotics in the pharmacy. One problem, though; they aren’t the first to reach the pharmacy. Inside they find a junkie who has literally taken everything behind the counter in an attempt to kill himself. Obviously it didn’t work. The junkie asks them to kill him. When Addy declines, he desperately attacks Vasquez, who shoots him in the head. Jacob judges their actions harshly after Addy explains it’s just the way they have to do things now.

Back at the community, Serena and Murphy are flat-out ridiculous while dealing with her labor pains. Doc has no clue what to do between a sick 10k and the mother-to-be’s screaming. At one point Doc arms himself with a meat cleaver after witnessing the baby pushing through Serena’s stomach to say hello to her father. Murphy isn’t fazed. After Addy and Vasquez return, she succumbs to the anthrax, as well. Roberta is pushed into a corner. She can let two of her people die, jeopardizing the safety of Murphy and the baby who both carry the cure, or she can rob some very nice people and doom their sick to death. The latter option wins. There’s simply too much at stake—which she conveys to Jacob as they steal what little Cipro is left.

Back on baby watch, it’s time for the blessed event. This is one determined newborn. The little girl not only pulls herself from Serena’s womb—without injuring her mother—but she also chews through her umbilical cord. The crew aren’t the only ones to witness the birth. Zombies from everywhere flock to the barn, including three people leading a camel. 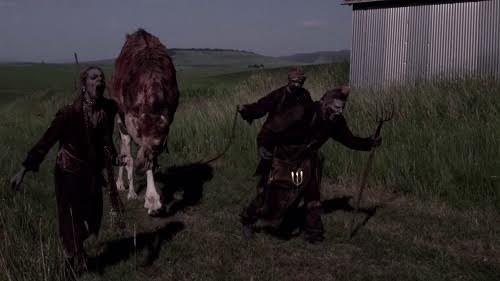 Yes, they snuck in a Jesus joke. You may applaud them for their audacity.

The zombies are riled up once Murphy holds his daughter. He can’t control the undead, they’re too focused on his daughter. Serena sacrifices herself, attacking the zombies so Murphy and the others can flee. Roberta stops to give her mercy after she turns. It’s unclear how, exactly, everyone makes it out of the barn unscathed considering 10k and Addy were too sick to move at the moment of the birth. Television magic, I guess.

Father and daughter have a nice bonding moment before Roberta orders everyone back into the truck so they can continue to dodge the nuclear fallout and head toward California. Murphy takes a second to give his little girl a proper name, Lucy, named after his mother. 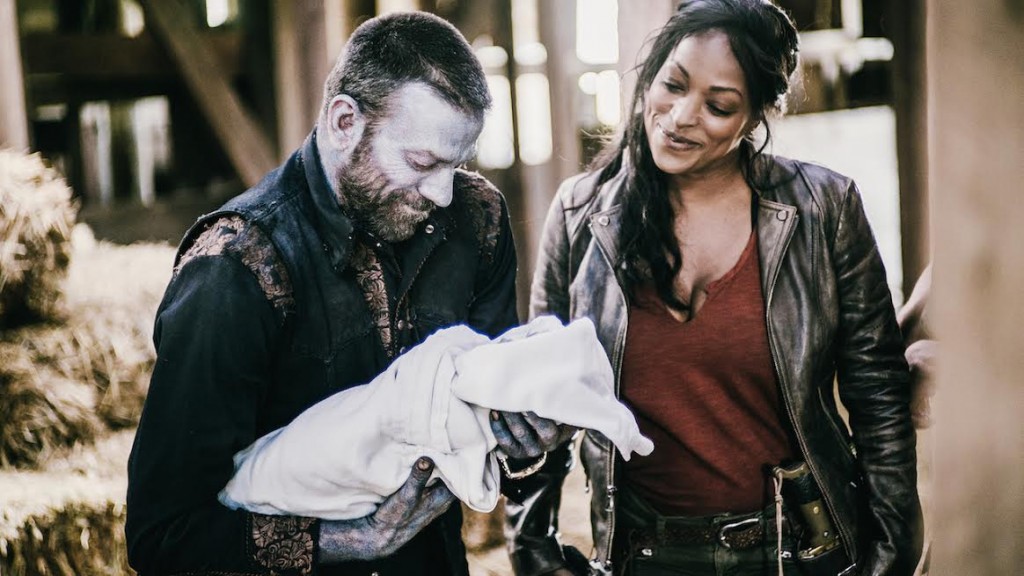 And the moment is over when the camera cuts to the giant cheese wheel still mowing down everything in its path.

How fast can the group travel with a newborn on board? Hard to tell. Plus, there’s now the problem of feeding a baby without a mother or supplies. What does Lucy eat? We’ll probably find out soon. I’m going to guess baby doesn’t crave momma’s milk.