The gang is stuck in a horde when the episode opens. Lucy is used as a football, passed from person to person to draw zombie attention so others can kill them. Unfortunately, when Doc takes her and runs for cover, he stumbles into a bus of Abe Lincolns. No, seriously. None of us hallucinated that part. The last kill in the opening scene, a headshot from 10k on a zombie dressed as Lincoln on a penny, is perhaps my favorite sight gag on the show in two seasons. 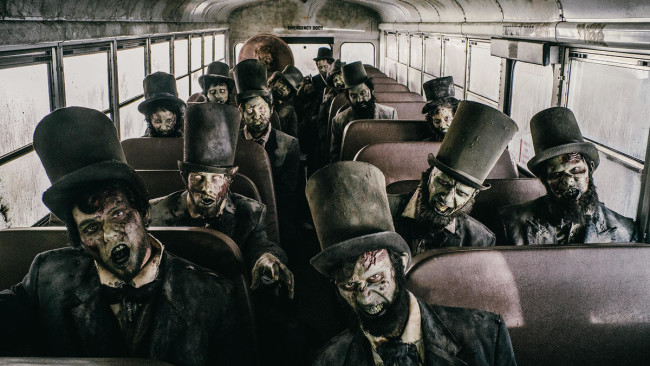 The zombies aren’t their only problem. They still haven’t secured food resources for Lucy and their own supplies are extremely limited. Again. Roberta is afraid what’ll happen if they fail to keep Lucy alive. On the other hand, what will happen when the little hybrid grows? Will she take after her father? Is the zombie cure in her veins? There’s more questions than answers about Lucy in this episode, to be honest. The tension in their makeshift camp gets so tense at one point, Murphy takes Lucy for a walk. Lest the others get ideas, he orders Cassandra to keep them from following him.

Roberta has bigger fish to fry. She leaves Addy, 10k, and Doc to deal with Cassandra and Murphy. Why when the fate of the world rests on Lucy’s wee bald head? Turns out Vasquez may not be what he seems. 10k spots Vasquez sneaking off through the forest, heading back toward town and reports it when he returns to camp with what is likely their only meal that day—fish. While the others debate Lucy, fish, and whether or not Cassandra is herself anymore, Roberta and Vasquez sneak into town. Once there, Vasquez meets three Zero cartel members outside the hospital. They proceed to kick his backside. With no other option—yeah right, I would have left the liar—she jumps into the fray. Vasquez is shot in the gut. Roberta’s bravery reward is a through-and-through shot in her left shoulder. Luckily there’s a hospital right there. Oh, it’s overrun with napping zombies? That’s cool. 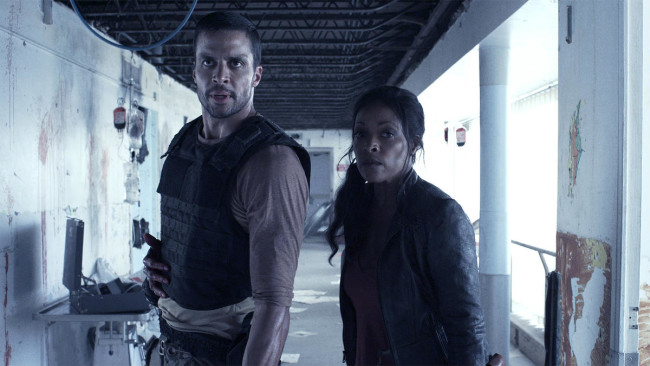 The bleeding duo manage to lock themselves in the Optometry department. A wise move. Not every pillager through the hospital would think to look there for necessary supplies, though it is just as well stocked as the rest of the hospital. Vasquez sutures Roberta’s shoulder first. He gives her a hearty helping of grief about women really being tougher than men. The slap he gets is well-deserved. When the tables turn, Roberta takes the chance to interrogate her patient. Turns out, Vasquez is former DEA with a history with the Zero cartel. They tried to buy his loyalty once; he rejected them. Zeroes stepped up the game, kidnapping his wife and daughter. Either he cooperates or they die. Then a Zero higher-up steps in, saying he’ll save the women if Vasquez does him a favor. In the end, his family dies. His wife was the first zombie he saw turn. So sad. Much drama.

Vasquez nearly dies after Roberta patches the hole in his gut. He is the lucky one.

Back at camp, the gang make a few attempts to shake Cassandra off their tails. During the first attempt, Cassandra catches Addy and nearly breaks her arm, using Addy’s pain to draw 10k and Doc back to camp. Finally, 10k says he’ll deal with Cassandra personally. Addy and Doc kick up dust running away from the fight to come. Cassandra bounces 10k off the ground, some boulders, probably a tree, and a kitchen sink if she finds one. All that butt-kicking solidifies an idea in 10k’s head—Cassandra isn’t alive anymore; they’ve been travelling with a monster. The fight takes a turn. Cassandra pins 10k to the ground, ready to break his neck. Saving himself, he stabs her in the neck. Cassandra is buried without pomp and circumstance. 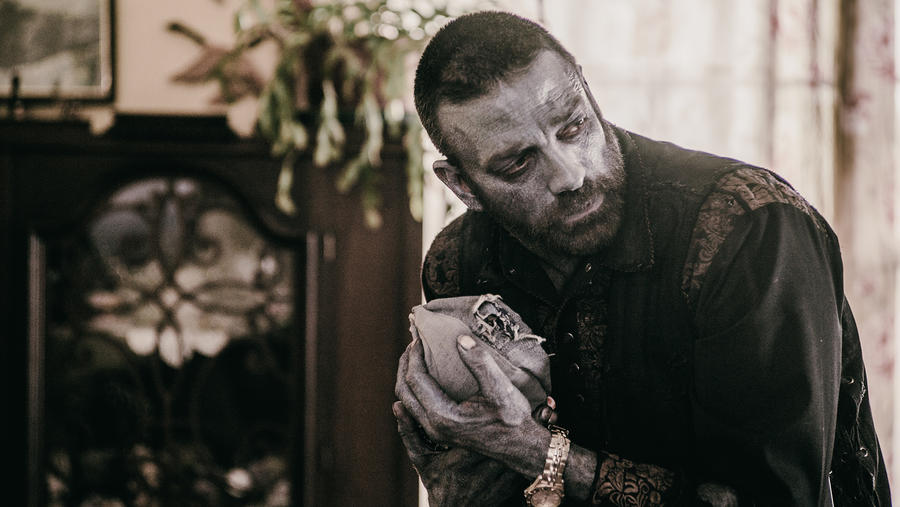 Murphy isn’t going to like that. He’s got other things on his mind, like a daughter who draws every undead creature within earshot. At the end of his walk, Murphy finds a house with a man and his wife. The man invites him inside. His wife gives Murphy a little rabbit’s milk for the baby. In a rare vulnerable moment, Murphy breaks down weeping and asks the couple to take Lucy to raise as their own. At first they’re elated. Then they get a look at the precious blue bundle. There’s a fix for their terror. Murphy bites them and, much like how he’s handled Cassandra since turning her at the lab, orders them to do his bidding.

Lucy is safe from Roberta’s scheming. Murphy is utterly alone again without his gal pal and daughter. 10k will be a mental wreck for a while; water can wash away the evidence, but it won’t erase the memory of Cassandra’s warm blood dribbling down his cheek. Two crew members are seriously injured. Addy has a sprained shoulder/arm after her fight with Cassandra. Essentially the only one fully functional is Doc. Even his mental stability is questionable.

It’s going to be an interesting second half to this season.