The show is a crime drama/comedy. The main character provides no useful information for the case in this episode which wouldn’t have been found by a human crime scene tech. Meanwhile, Peyton is back in town for two days and manages to exhaust her list of people willing to testify against the city’s top Utopium dealer, Mr. Boss, while in the process scoring her most valuable asset in the case—Blaine DeBeers. In the time it takes Liv to write a song, Peyton has enough information to first hurt Boss’ business, then bring his empire down like a house of cards. Not only that, she centers Liv, encourages Ravi to continue dating Stephanie without an ounce of jealousy, and is the only one to realize whatever is wrong with Major is serious. Oh and she’s on the nose when it comes to her gut feelings about Gilda/Rita, the Max Rager spy. Now if only Peyton could fix Liv’s lack of . . . everything. The writers still handle her as an android; they pop in a brain (program) and off she goes. It doesn’t make for a compelling leading lady. While Liv does retain more of herself in this episode, it’s only to progress the story line with Major. The message is clear, Liv is only vital when it comes to her relationship with a man. 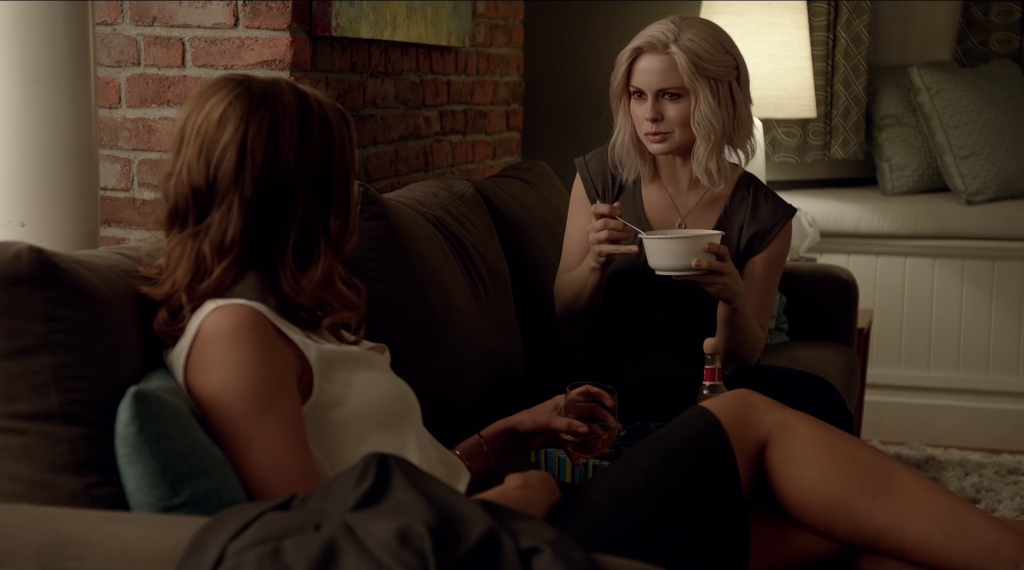 Onto the case. Liv and Ravi are called to pick up Lacy Cantrell, a thirty-two year old waitress and singer/songwriter strangled to death in her bedroom. Following police logic, they track down the woman’s ex-boyfriend, Matt—a.k.a. Sue—who was released from prison a month prior to the murder. With his violent past, it’s clearly the boyfriend. Case closed. Everyone go home. Wrong. Again. Can we get a case on this show which doesn’t waste twenty minutes looking at the significant other or recent ex as the sole suspect, please? It’s so predictable, I figured out the plot twist not long after they took the body to the morgue. Matt didn’t kill Lacy. Matter of fact, once he’s done being angry about the police coming after him as a suspect, the guy has nothing but love for the deceased. 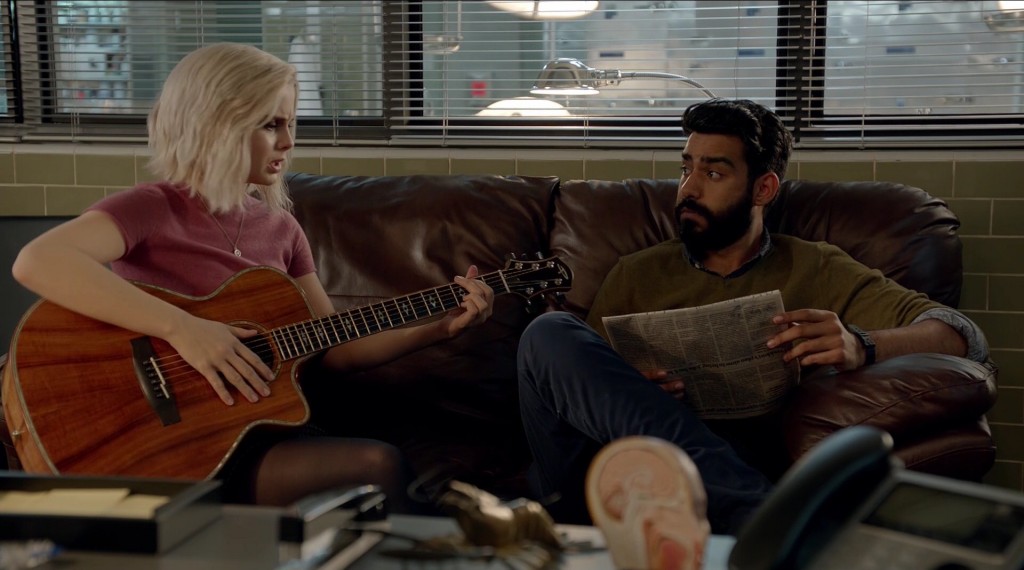 He follows Liv after she uses Lacy’s brain to perform a song based on the case and lets fly about how much he cared for Lacy. It triggers something in Liv, which we’ll discuss later. But if Matt’s not to blame, who murdered Lacy? A complete stranger. There’s another murder case taking top priority because it’s located in the richer area in the city. The show opens with three kids finding the gun from that murder. Why would writers do that if they didn’t intend to tie to two seemingly separate cases together? They showed their hand early in the game. There’s no fun on a crime show if the case is laid out and solved by viewers two minutes into the episode. So the convenience store murderer is Lacy’s killer, as well. And at no point did Liv offer up a helpful vision or clue. Clive handled this one by himself. Astounding since he’s a little distracted by FBI agent Dale Bozzio. She is in town to investigate several high-profile disappearances. Namely, the people Blaine killed to sell super fancy brains to his clients. But some of his clients are missing, as well. If Bozzio falls down the zombie rabbit hole, will Clive finally learn Liv’s brain-munching little secret? 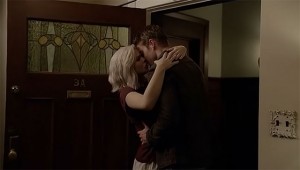 Majorly disappointed with one character in particular. See what I did there? Major’s Utopium habit is getting worse. He’s completely disconnected from the world. He can’t even keep track of the dog he stole from the zombie he killed in the previous episode. Miner, as Ravi calls him, runs away one afternoon and finds the park where Major kidnapped his owner. Cue weeping. For the dog, not Major. All sympathies for the man flew out the window when he completely disregards Liv feelings. She opens up, telling him how hard it was last year hiding the truth from him, watching him go insane. His response is a verbal shrug and a door in her face. Nothing sinks into his drug-addled brain until he wanders off to score more U. The kid he finds to buy from lived in the shelter Major worked for last year. When the dealer points out how Major once pushed the shelter kids to get clean, and now he’s a junkie, it breaks the glass shell he’s existed in since Liv gave him the cure. The episode ends with Major on Liv’s doorstep, asking for help. Oh and kissing.

It’s probably a good time to get clean, anyway. Blaine is one step closer to recreating the tainted Utopium. Scott E tracks down Gabriel, the guy who cut the original U batch. Slight problem with this grand plan, though; Gabriel has turned a new leaf and jumped on the Jesus Train. Since he won’t cooperate, Blaine kidnaps the guys, has a minion turn him into a zombie, and turns the starving baby brain muncher out on the streets. How long will Gabriel’s morals keep him from bashing in a skull for the prize inside? Probably not very long. Either he kills or slinks back to Blaine for morally ambiguous brains to eat. Soon Blaine will have the means to mass produce zombies. That’ll be fun.