Hey, not a half bad brain this time around. I wasn’t completely annoyed with Liv and her basketball-centric brain, only mildly annoyed when large chunks of dialog were buried under random player and game stats. We get it. We do. It’s not necessary to cram each brain’s personality into micro bursts of What The Hell Is She Talking About? 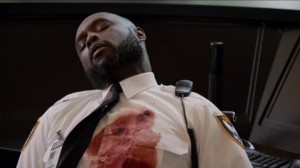 Our basketball lover is Mike Hayden, security guard and coach for a youth basketball team. He is shot twice in the chest at work. Weird thing is, Mike turned off the security cameras shortly before his death. With next to nothing to go on, Clive pulls images from the cameras before they were disabled and gives them to Liv hoping to shake something loose with her psychic mojo. Problem is, he’s a little too eager to wrap up the case. Liv hasn’t eaten Mike’s brain—as an omelet—yet. She fakes it. Horribly. After eating, Liv heads to the police station for an actual attempt to determine if any of the three photos rings a bell. Nada. However, Mike’s basketball team walks into the station claiming they know who killed their coach. Wouldn’t it be nice if it were that simple?

The kid’s suspect their former teammate’s father, TJ Ryan. TJ boasts a nasty temper and about two functional brain cells. He’s also physically abusing his son, RJ. Mike had an altercation with TJ after reporting him for abuse, but it’s not enough to motivate the guy to kill. Even though TJ’s alibi checks out, Clive pays a late night visit, warning him to leave his son alone. He punctuates the warning by beating the snot out of the guy. Go, Clive, go! 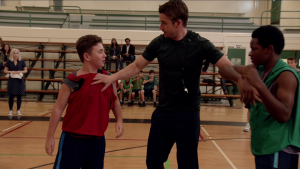 One suspect down, none to go. Clive digs through Mike’s personal information and finds emails from a crowd funding site. An anonymous donor paid off the remaining four-thousand dollars Mike needed in order to send his team to basketball camp. There’s no trail to follow. Another dead end. And another corpse. Telly Levins is one of the three men seen entering the building the night Mike died. Now he’s got his own drawer at the Tacoma morgue. Ravi, Liv, and Clive make a field trip to check out the body. Tacoma’s ME, Dr. Metzger, isn’t fond of Ravi. He’s also not very good at his job. Telly was beaten before being dumped in wet cement, something Metzger missed in his initial examination of the body.

Everything leads back to the building Mike worked at and the 14th floor, where Telly was seen the night of the murder. Clive and Liv interview a couple lawyers in the law firm housed on that floor. Turns out, one of them is a pretty big sports fan. He’s also really bad at picking teams. Harry Cole lost a nice chunk of change on a college game. When he doesn’t pay, Telly—a known debt collector for unsavory types—stops by to give Harry a stern warning. Harry freaks and beats Telly to death. But when Clive tries to pin Mike’s murder on him, he denies pulling the trigger. Turns out, the law firm has a guy who cleans up situations like a random bloody corpse in the office. It was Roger Thrunk’s idea to kill the security cameras, kill Mike, and dump Telly in Tacoma. Case solved. 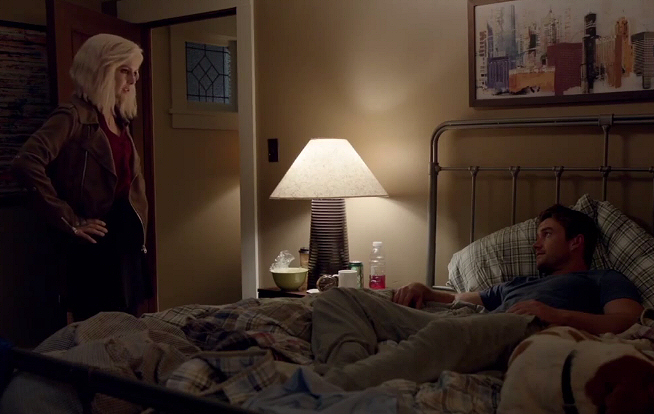 It’s astounding how focused Liv is with Mike’s brain in her system. She functions as an actual part of the crime-solving team. During her off time, she’s helping Major deal with his drug problem. Part of her plan involves stern halftime pep talks. The other part? Well, Major hopes she’s getting over her hangups about accidentally infecting him while they make love, but not so much. Liv conscripts Major into coaching the youth basketball team. They work well together. Major even throws out the Utopium hidden in his bedroom. With Liv at his side, he’s a better man. He’s not going to let her shy away because of some maybes.

His job may get in the way, though. Gilda/Rita finds out about Liv and Major. It gives her all the motivation she needs to collect a blood sample from Liv for Dr. Erving, Max Rager’s newest pet scientist working on Super Max. Erving thinks Liv is the only intelligent zombie in town and needs her blood in order to figure out why the Super Max zombies are so dumb. One drop of Liv’s blood—obtained when Gilda/Rita “accidentally” stabs her with a kebab skewer—could hold the key to their final formula.

More trouble brews on the horizon. Clive is still digging into the Meat Cute incident. He contacts Suzuki’s widow, asking if the man could have been suicidal. It’s a bad move, but he can’t let it go. Evidence keeps popping up, making it impossible to ignore. Agent Bozzio has a huge break in the case; one of her missing persons was traced to Meat Cute. Then at the end of the episode, Suzuki’s widow brings in a container she found in her late husband’s beer fridge with what’s left of his last brain order.

Blaine is itching for the zombie cure. Gabriel comes through and cuts a batch of Utopium. Don E delivers the vial to Ravi, who immediately plans exhaustive testing. First, he has to make more zombie rats. Just as he’s mixed the zombie-making serum, Blaine pays a visit, expecting the cure. Needless to say, he’s disappointed. But not as disappointed as Gabriel when he grabs the syringe of serum, thinking it’s the cure, and doses himself. Instant rotting death. Cool. Wait, that’s a rather effective weapon. Blaine and Ravi struggle for the vial of remaining serum. Eventually, to keep Blaine from weaponizing it, Ravi smashes the vial with a jar of some blue liquid.

We’re so close to the entire team finally being on the same page with the zombie thing. How will Clive react? It’s hard to say. He’s proving to be pretty unpredictable lately.