This episode is all about beauty over brains. No, beauty isn’t a new hot sauce brand. Liv sinks her teeth into a socialite who is thrown over her balcony by a man posing as a realtor, real name Joe Fricano. As a result, 90% of her dialog is about clothes. I’m trying really hard to keep an open mind about this show—it helps that there’s a bit of rot on my left temple letting in a nice breeze—but every time they dig into this stereotypical female personalities, I want to put my hand through the screen. We get it, it’s fun to make bright, motivated Liv into a mindless clotheshound. 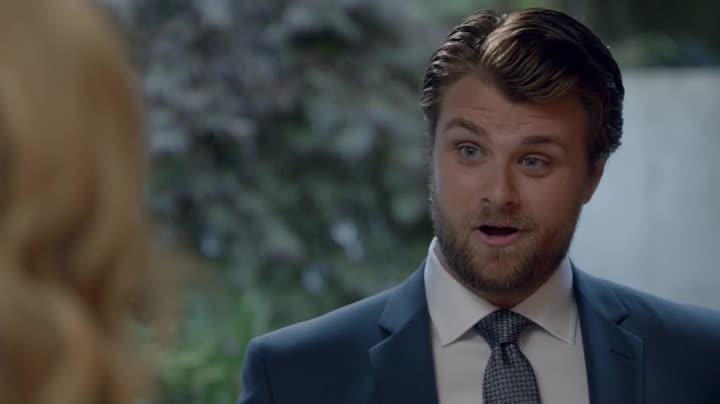 Wait. That’s not fun. I’d much rather watch Liv use her intelligence and not her powers to solve a case. Two seasons of accidental visions is enough. This problem wasn’t as prevalent in season one, but now it’s pretty much all we’re seeing—Liv being weird, not helpful, and they manage to close cases by pure chance. At least she looks nice while doing it?

Let’s dig into the case. Taylor Fowler, our brain donor for the episode, is married to businessman Terrance Fowler. Clive is convinced the husband is involved. Dead end there when the guy hems and haws about a time to sit down for an interview. Instead, they visit with the actual relator whose identity the killer used to gain access to the house. She tells them Vaughn Du Clarke is selling his house and she’d kicked the killer out of Du Clarke’s place during an open house after she caught him snooping. Off to Max Rager they go. Liv has a rather unpleasant vision during the meeting—Du Clarke and Taylor in bed together. Full. Body. Shudder. But there’s still no motive for anyone to off Taylor. Finally Terrance is ready to talk to them. The meeting goes smoothly, until they drop the bomb about the affair. Terrance puts his hand through a glass coffee table. I think he’s a little angry. Eventually they track down two of Taylor’s so-called friends. If friends are the people with a knife to your back at any given moment. The demons in Prada did provide a couple helpful tidbits: Terrance knew about Taylor’s affair with Du Clarke and he isn’t Mr. Perfect himself, using a social media site to hook up with younger women. Now we’re back to Terrance Did It. Yawn. Naptime.

Oh, that was only half of the episode?

To establish Fowler’s alibi, they stop to visit his personal stylist, Bethany. Newly fashion-savvy Liv falls in lust with the woman’s style. They quickly become best friends, bonding over shoes. It turns into a shopping date the following day. Liv ditches Clive, who wants to do actual police work to interview Fricano’s manager at the auto shop. They’d assumed Fricano worked for Terrance at his home, giving him access to Taylor in order to figure out her schedule and kill her. Nope. Manager says Fowler isn’t the guy who hired him. However, Joe had been seen with a hot, yet slutty woman who he was obsessing over for a while. Just so happens, Clive has the book of skanks from the website where Terrance picks his mistresses.

One guess who the manager points out? Yup, Liv’s new BFF, Bethany. When Clive calls to tell Liv while she’s out shopping, Bethany overhears. There’s a rumble amongst the couture dresses. Bethany maces Liv, which does nothing except make her go Full-Blown Zombie. Case solved. 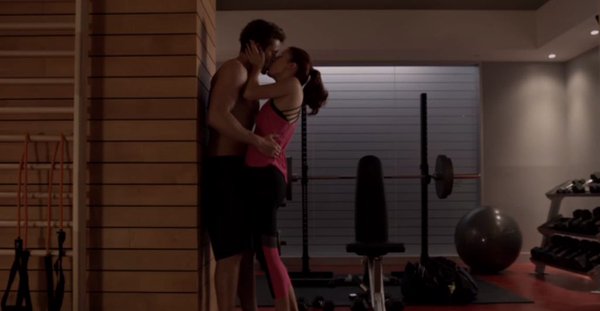 But what about the case of Liv’s weird desire to have the guys go to dinner with her? Turns out, it’s her birthday. She doesn’t want to make a big thing, have a bash, just a quiet dinner with the handful of friends she has left. Ravi ditches her to go visit a girl he met during his Utopium high—they’re actually hitting it off. Clive just says no. Major? Well, seeing as Liv finds out he’s working for Max Rager in this episode, he’s not high on her e-vite list. Oh and he’s shagging her roommate/Max Rager spy, Gilda. The only person who does anything for Liv which isn’t purely selfish is Peyton. You know, the ex-roommate who watched Liv murder a zombie in their kitchen? She’s back in town, working on a taskforce to hunt down Utopium dealers and manufacturers. Even with her plate full, Peyton still managed to bring Liv a personalized cake.

The rest of her friends are jerks. Or is Liv the jerk? She lied to all of them about her condition. Each brain she eats makes her an entirely different person. It’s difficult to hang onto friends when your diet essentially turns you into the worst flavor of bipolar person alive—or undead. Yet she chooses to continue putting strain on her relationships to supposedly help with police work. When in reality she takes a fun ride on the brain acid-like trip, dropping one, maybe two useful visions, and acting like she’s Batman saving the city. Liv isn’t perfect, the show would be boring if she were. However, the way she’s written gets progressively less appealing with each episode. Somewhere along the way, the writers lost track of who, exactly, they’re creating. Liv isn’t a blank canvas. She was an entire person, which they established in episode 101, before Blaine turned her. Let’s get back to that Liv. 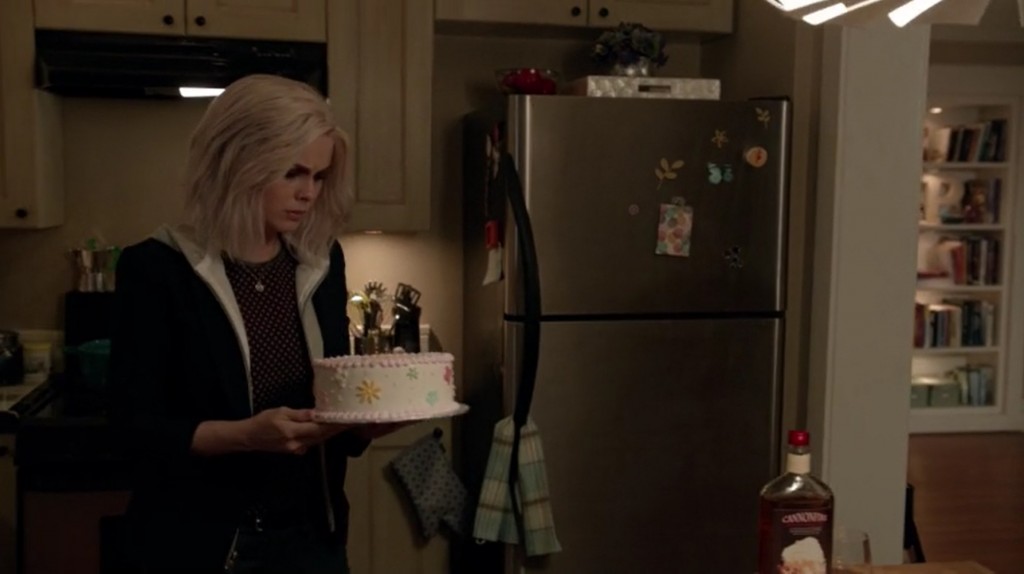