Once again, the crew is on their last legs—two gallons of gas in the car, six bullets between them, no food, no water, and even less patience with each other. Doc and Murphy venture out to find edible tree bark; a fruitless mission. On the way back, Murphy is distracted by a yumtastic looking brain dangling from a cord. Yeah, like that doesn’t just scream trap. His gut leading the way, Murphy goes down the hole. He’s not alone. Another zombie in the pit offers a taste from his lunch. Murphy takes a polite taste. Hey, it’s not horrible. They don’t languish in dusty luxury long, someone covered head-to-toe in armor comes in, leashes Murphy, and kills his companion. 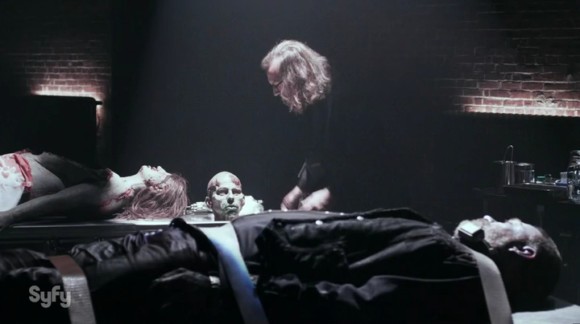 Meet The Collector. He has a real name, but it’s not as fun. The Collector is an odd nut. He admits he’s not a doctor, yet likes to play one on the weekends. Seeing as no one works anymore in the apocalypse, technically every day is the weekend. To save his skin, Murphy attempts to talk and reason with TC. It has the exact opposite outcome than what Murphy desired. TC heard Citizen Z’s broadcast. Now he’s overjoyed to have a chance to poke and prod The Murphy. Someone has to properly document Murphy’s case, of course. TC doesn’t trust the CDC. Matter of fact, he gets downright violent talking about how they refused to read his letters.

This guy doesn’t have a lot of friends. Obviously, since anyone who walks in is fitted with a shock collar. As a consolation prize, they can take a hot shower. It’s almost worth a billion jolts running through your body. TC was kicked out of comic-cons for carrying weapons. The CDC has him perma-blocked on every communication platform known to man. There’s no one living aside from TC in his self-made zombie museum. 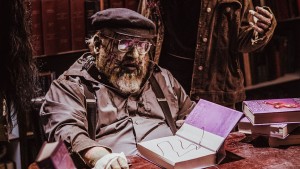 His collection is impressive; film posters from nearly every zombie film to date, real live zombies, and his crowning glory, undead George R. R. Martin—portrayed by the A Song of Ice and Fire author himself.

George is about to be overshadowed now that TC has his hands on The Murphy.

First, there must be a proper analysis of Murphy’s condition. TC sets up what looks like a talk show and records the process of taking blood, DNA, and marrow samples from his newest exhibit. The plan is clear, if the CDC wants any information on Murphy, they’ll finally have to acknowledge their least favorite whackjob. There’s a few more tests for Murphy. TC force-feeds him a piece of brain. It triggers an insatiable appetite and Murphy eats the whole thing. The final test, after Murphy refused to admit he can control the zombies, comes when TC leaves. A zombie doctor shuffles in. Immediately, Murphy takes control. He’s caught when the zombie can’t quite get it together enough to cut his restraints with the bone saw. 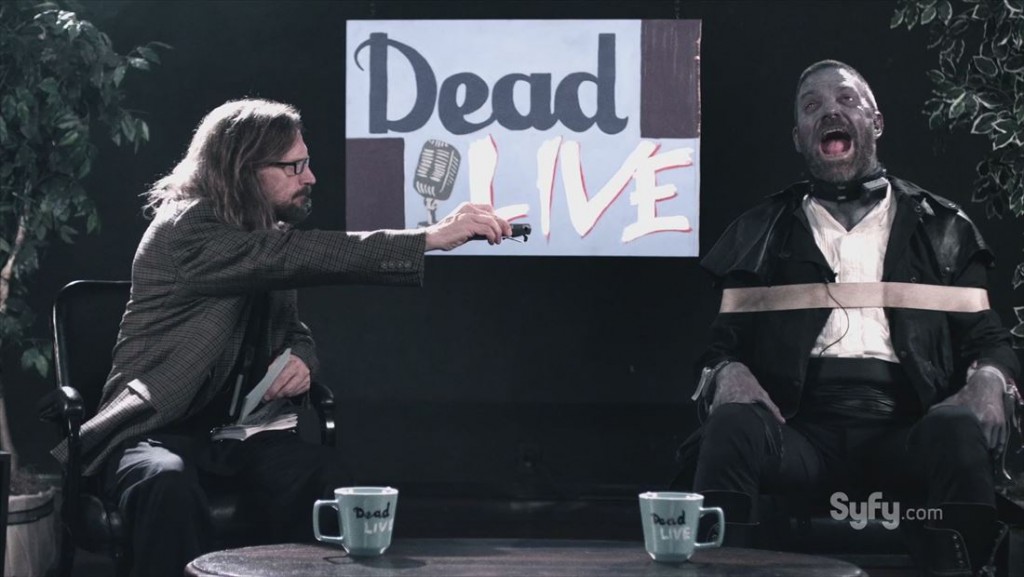 The museum tour is Murphy’s prize for cooperating on stage. He makes another escape attempt, but doesn’t make it out the front door—it’s electrified. There’s a near-miss with 10k investigating the museum’s front doors. TC tells 10k he hasn’t seen the kid’s friend. 10k smells something fishy and breaks in, leaving his gear where the others will find it. The rescue mission lasts about a minute. The Collector zaps 10k with a cattle prod and fits him with a shock collar. There’s actually one more experiment TC wants to run with Murphy—biting a live person. 10k is said live person. Despite heavy blood loss from TC’s attempt to drain him dry, Murphy plays along. What alternative does he have? Well, there’s always the option to disable the invisible fences around the other zombies on display, then control them. That’s be my choice, at least. TC is zombie chow. Murphy is ruthless. For about ten seconds. He passes out, losing control of the toxic zombie, phyto-zombie, and blaster.

Roberta and crew to the rescue—for real this time. They use their meager ammunition supply to kill the zombies. After a quick pillage through the museum for supplies, and Murphy’s blood, they head back to the car.

In another shocking emotional moment from Murphy, he makes Roberta promise not to leave him alone when they finally reach the lab in California. All these attempts to abduct him changed Murphy. Or is fatherhood to thank? Whichever, the others have to be grateful for a calmer Murphy during the next portion of their trip. 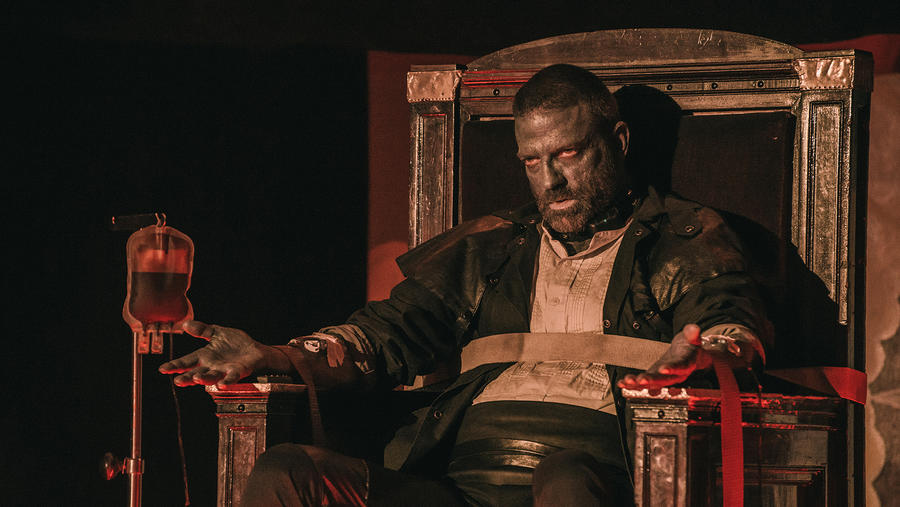