Addy finally manages to build a functional radio and makes contact with Citizen Z. CZ has been trapped in the base with zombies this entire time, yet didn’t manage to kill them all. Someone is slacking. He warns the group about the mega-zunami heading their way and advises they divert south through Mexico to avoid it. Roberta isn’t onboard with that plan. Not when they’re so close to finally hitting the California border. That’s okay. The RV they’re in makes the decision for everyone, breaking down near the Grand Canyon. Roberta, Addy, Vasquez, and Murphy hop on the ATVs hauled behind the RV to find another vehicle or a place to hole up for the zombie storm. 10k and Doc head toward the cliffs, hoping higher ground will keep the worst of the attack at bay. 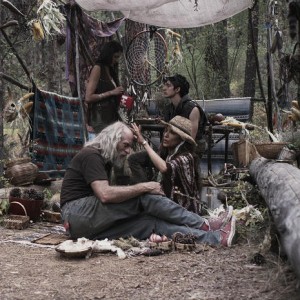 Up the road, Roberta’s group finds a casino, complete with distrusting occupants who tell them to get off tribal land. That is until she shows them the zunami heading their way. The gang is taken inside and introduced to Chief, Danny. Danny is convinced his casino defenses will hold. Nothing they say can change his mind.

Up on the cliffs, 10k and Doc run into Danny’s son, Red Hawk. If you thought Danny and his crew at the casino had trust issues, Red Hawk makes them look like Boy Scouts. He’s violently opposed to white men being on the tribe’s sacred cliffs, blaming their poisonous souls for the apocalypse. Red Hawk’s sister, Ayalla, and another woman, Kuruk, roll their eyes at the he-man chest banging, grab 10k and Doc, and treat their wounds. As a bonus prize, Doc gets to go on a nice peyote trip. For the pain, of course.

Not long after Doc’s brain is well and truly cooked, Red Hawk traps the guys in snares, calling them the early zombie warning system. Sure enough, a zombie shuffles by not long after. Doc spirit walks, killing the first walker. Ayalla rides in to save the day when a second approaches and Doc’s spirit gets camera shy. She takes them to the casino so they can warn her father.

While Doc and 10k play cowboy, Roberta uses the makeshift radio Addy builds with Jerry to talk CZ though using a rocket launcher. See, he’s got this one zombie he just can’t put down. Obviously the reason is his bullets are too small. Time to upgrade. Except, rocket launchers don’t really like the cold. The device’s battery is too cold to function properly. CZ ends up running from the zombie while warming the battery . . . in his underwear. Roberta did tell him to put it the warmest place possible. Once the battery is ready—and after CZ nearly loses the rocket launcher three times—he shoots the Z. It’s a great visual effect moment as the zombie melts in the blast. 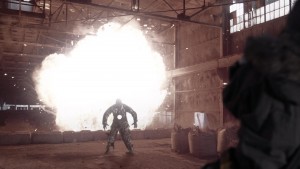 Danny finally understands why Roberta’s group is so concerned about the zunami. He orders his people to follow Ayalla to the sacred cliffs. He stays behind, though, unable to leave the land where his wife’s spirit resides. Shortly after everyone drives away, the first zombies hit the casino. It takes about a minute for them to demolish the building.

Back at the cliffs, there’s a huge problem—the zombies are dive-bombing from above. They need to find a way to drive them from the cliff. Doc, having a deep connection with the spirits in the wall paintings, ponders if zombies are as dumb as buffalo. Only one way to find out. They set the grass on the plateau above the cliffs ablaze, hoping the fire will turn the zombies toward the Grand Canyon. Murphy freaks when he realizes the zombies will die. He wants to save them. He feels their pain. The crew hold him back. They watch, breathless, as the first zombies redirect at the fire. The plan works like a charm. Zombies tumble down into the Grand Canyon by the truckload.

The tribe says goodbye to their friends from the Z Nation (ha ha). Each is given a token to remember the adventure. Except Murphy and Vasquez. They’re waiting at the bus the tribe gave the gang. Murphy is still distraught about the zombie deaths. Nearly inconsolable. Roberta pulls no punches.

“The day is coming when you’re gonna have to decide what you are, human or zombie. And when that day comes, I want you to remember which of the two is trying to keep you alive and which one wants to eat your brains.”

How much of the zunami did they successfully divert? Hopefully all of it. They’re so close to California.  So close to finally being done with broken cars, no food, sleeping with one eye open, and Murphy’s sourpuss expression. The real question is, what will go wrong next? 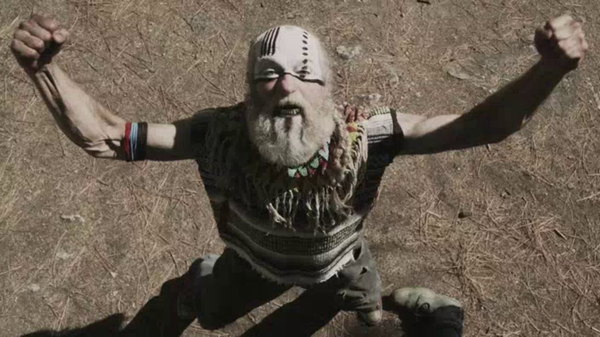