We finally, finally get the time jump we’ve waited at least six episodes for and the events following are so dull, I bet half the audience couldn’t tell me how many vehicles Rick and Daryl drove throughout the episode—hint, it’s more than two. Two things of note happen in this episode. One is such a bone-headed move by the writing and production crew, I cannot believe they think it’s going to work. Or that fans want this thing to happen in the first place. The second is a ham-handed attempt to make this show feel like it was once a comic book.

And now, the spoiler-filled portion of the review. You’ve been warned.

Let’s just get it over with: They killed Jessie and her children to put Michonne in Rick’s bed. At last. They’ve been dancing around this doomed ‘ship for a while, usually pushing back the inevitable hookup with Rick making questionable decisions, irritating Michonne, and putting them back in their friendship box. We were happy with them in that box. At what point did fans honestly ask them to change Rick’s relationship status to, “Grieving, but banging my number one fighter,” because that makes sense? Yes, it’s been a few weeks their time, but it’s been one week for us. Fans are still reeling from losing Jessie, Sam, and Ron. Wait. Who am I kidding? The writers never gave those characters a snowball’s chance in hell of becoming three-dimensional, relatable characters. Seeing how easily they wrote them off, Jessie and Rick was a red herring for the possible relationship established at the end of this episode. Which sucks. Rick and Michonne had a nice, normal moment together. They’re laughing. Relaxed, despite their hectic days. The kids are safe. No one from town was injured, killed, or has the sniffles. It’s a side of these two we rarely see honestly portrayed on screen. Then the moment is ruined by an awkward make-out session and the producers making it perfectly clear they slept together. Like having two leads in bed together is a vital part of this show. There hasn’t been a serious romance-driven story line since Lori and Shane scrambled to figure out their future with Rick awake. We saw how well that story line ended. It was meant to end that way, though. Shane’s mental illness and inability to let Rick “win” carried the relationship drama with the plot. Michonne and Rick hooking up makes no sense, unless you look at it from the POV of a producer scrounging for viral gossip on social media. They wanted this moment to wag jaws online. Instead, people are rolling their eyes. 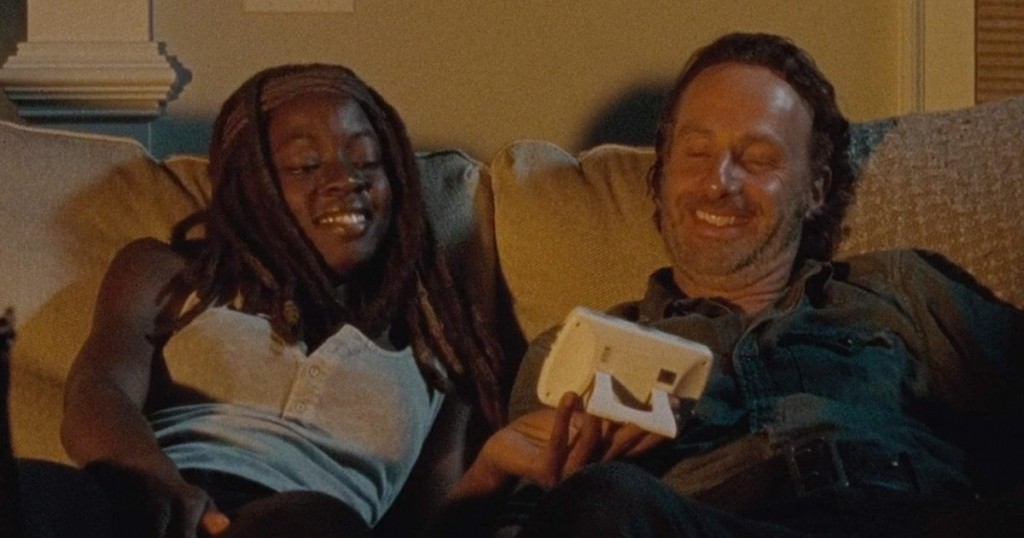 The second issue I had actually involves the episode plot—which is essentially just Rick and Daryl attempting to go on a supply run and failing spectacularly, but they have help failing from a new guy. What, another new guy? Yeah. He’s an odd duck, and has more than a few tricks up his sleeve. After Rick and Daryl follow Eugene’s advice and hit up a barn on a sorghum farm, they find a truck with supplies. Taking the truck, they move down the road, stopping at a gas station so Daryl can find a can of pop for Denise to give to Tara. The new guy—Paul, but friends call him Jesus—manages to steal the truck, blow a tire on it down the road, gets the truck taken back, and hitches a ride on top of said coveted vehicle. Rick brakes suddenly, flinging Jesus onto the ground. The guy still has enough left in his system to run around the truck, dodging Daryl’s attempts to snag him. The fight only ends after Jesus puts down a stray walker that’s sneaking up on Daryl and Daryl thanks him by tackling him in the truck’s cab. They hit the gear shift and the supplies, plus their new wheels, sink into a pond. The whole thing is downright cartoony. I half expected Jesus to pull a large carrot from his coat and call Daryl, “Doc.” While a “day in the life” episode can be fun, this took a comic character’s introduction and gave it no real thought in how to ground this guy in the reality they’ve established. Daryl and Rick aren’t this moronic. They wouldn’t have their keys pick-pocketed. They would be on-guard, still. Daryl knows there’s more guys like the bikers he blew up out there. Rick is too gung-ho to add a thieving stranger to their ranks—an action simply brushed off by Rick telling Daryl he was right to recruit after Pete killed Reg, back when Rick wanted to close ranks and keep out strangers. But there’s never a real reason given as to why Rick changes his mind after Jesus cost them easily a week’s worth of household odds and ends for Alexandria. It’s convenient for him to change his mind because the story needs Jesus down the road. Just to be safe, after Denise tends to the head wound which knocks Jesus out after the truck fight, they lock him in the prison room. Jesus escapes in time to catch Michonne and Rick nude in bed together. 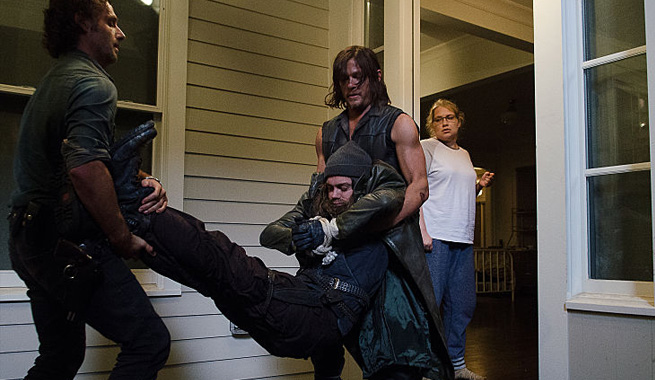 Another tidbit they added which doesn’t make much sense is Deanna’s walker in the woods. Carl and Enid see her first in the episode. Though Deanna’s face is hidden until later, they give the game away by showing her bandaged leg wound. Later, Spencer and Michonne end up wandering aimlessly until Spencer finally opens up a little about feeling like an outsider with his family dead. Right on cue, Carl leads Deanna’s walker past the adults. Spencer finally tells Michonne that killing his mother again is why he keeps sneaking off. Luckily he found her that time, otherwise the scenes would’ve been completely useless. Oh, wait, they already are. The writers are trying to salvage a character they’ve repeatedly made too cowardly or too stupid to live. It’s too late for character development. Spencer has been on the show for too long to make us care now. It just means they plan to kill him horrifically down the road. If this show is anything, it’s predictable when it comes to secondary character deaths. 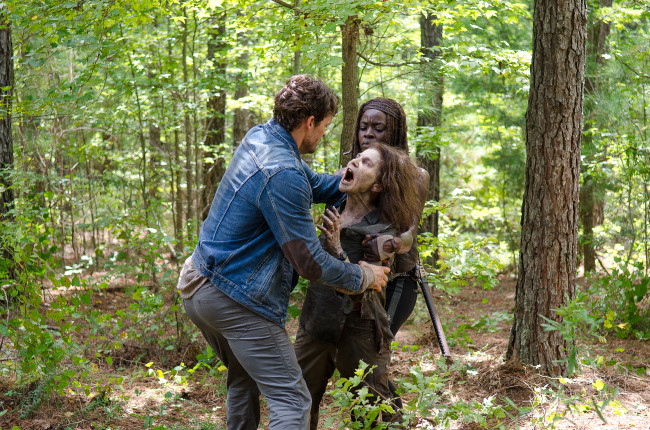 This episode could’ve been fun. It did have its moments, especially the friendly moments where Rick wasn’t the Rick they’ve written for the last three seasons. There were some cute jokes, and few laughs, but for the most part it’s a skippable episode. All the momentum they built with the townsfolk banding together for that epic fight scene is lost one episode later. They’re going to drag this plot down to snoozeville, then catch us off guard with Negan’s brutality. Only, it’s not a surprise if we see it coming episodes away.