Week three’s departed cast members were two of the hardest to deal with. The Greene family started out on rocky feet with the whole barn thing, but by the time Hershel and Beth met their demise, they’d become integral to the team’s survival. 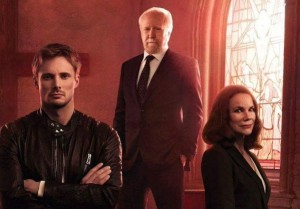 I’ll be honest, Hershel’s death hit me the hardest of any since the show began. Combined with the genuine good guy Scott has proven to be over and over again during his convention appearances—where he’s often one of the last to leave because he strives to thank every volunteer—and it really felt like losing Hershel meant losing a weekly dose of Scott in our lives. Luckily, he’s not one to rest on his laurels. While still traveling for conventions, Scott has also filmed episodes for Bosch, and had a recurring role on A&E’s Damien. Currently, Scott is working on a Netflix original, The OA, slated to release later in the year. 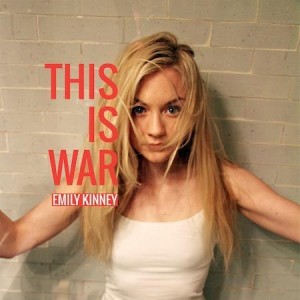 When Daryl carried Beth Greene from the hospital, many, many hearts shattered. Beth was one of the last gentle souls, the one who stayed behind to care for the baby, the one to sing a song when the silence grew too heavy. Emily Kinney took on some vastly different roles after her time on TWD ended. On Arrow and The Flash, Emily was Brie Larvan, a pun-heavy villain with a fondness for bees. For her role on Showtime’s Masters of Sex, Emily stepped far away from the small-town country girl vibe she used as Beth. She also appeared in several episodes of Cinemax’s historical drama The Knick. Conviction is a new legal drama releasing Fall 2016 from ABC starring Hayley Atwell, Shawn Ashmore, and Emily Kinney. When Emily isn’t filming, she’s recording music—her album This is War dropped in late 2015—and performing, often at horror convictions where she also meets fans.