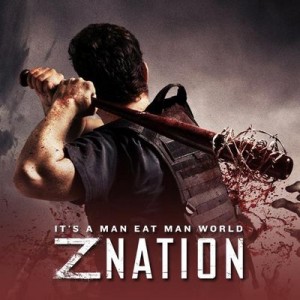 The cuts to what fans assumed would be the main cast came fast and hard in the first season. One episode in, we lost the commander for the troop trusted—kinda—with the task of saving humanity via Murphy’s inoculated blood. Lt. Mark Hammond didn’t have any surviving Delta Force members at his back, but he required the same discipline from the ragtag group he conscripted for the operation. They weren’t quite prepared for such a daunting task, and when Hammond stepped in to take care of a super-speedy zombie baby, he was caught off-guard and eaten. At least he left humanity’s hope in mostly capable hands. 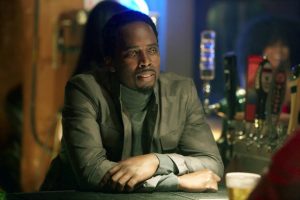 Harold Perrineau played a brief, but vitally important part of Z Nation. In no time at all, Perrineau hit the small screen again, ditching the fatigues for wings and a tense friendship with DC Comic’s surly demonologist on the woefully short-lived Fox show Constantine. After the disappointment at Fox, Perrineau went on to appear on The Mysteries of Laura, Golaith, and Criminal Minds. Currently, he’s set to appear on the TNT dramedy Claws which stars Niecy Nash (Reno 911!) and premieres in June. Fans can also catch him in Without Ward, out later this summer, and I’m Not Here, also starring J.K. Simmons, Sebastian Stan, and Mandy Moore.

Losing a leader so early kept fans on their toes, waiting for the ax to fall again. Sure enough, six episodes down the road, they knee-capped the audience with feels and sacrificed Charles Garnett to the greater good. Garnett proved to have the compassion necessary to lead the mission without sacrificing an ounce of bravery. He got them far, but not far enough. In the end, Garnett’s commitment to saving mankind was greater than his selfish desire to love again during the world’s demise. He took a bullet meant for Murphy, and for his generosity, Roberta gave Garnett mercy so he could find peace in death. 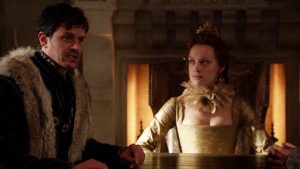 Bringing the fallen leader to life was Tom Everett Scott. Since waving goodbye to the Zs, he’s appeared on How to Get Away with Murder, Criminal Minds, Elementary, and most recently Scott appears on the breakout Netflix show 13 Reasons Why portraying Mr. Down. As Queen Elizabeth’s advisor William Cecil, Scott first appeared in the latter half of Reign‘s second season and made regular appearances throughout the third season. Scott was also a regular on MTV’s Scream: The TV Series. On the big screen, fans can find him in La La Land, Sister Cities,and The Last Word, as well as in the upcoming flicks Collusions, Diary of a Wimpy Kid: The Long Haul, and Danger One. 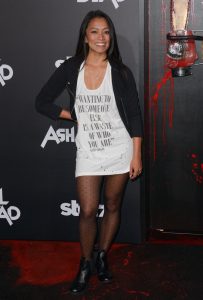 Hope as I might, Cassandra didn’t last terribly long on the show, and the latter half of her time was spent enthralled to Murphy, therefore stripping her of pretty much everything which made her such a wonderful character. Someone had to be the example of how Murphy’s bite worked, she drew the short straw by nearly dying from an infection and found herself the recipient of one of Murphy’s rare altruistic moments. His bite saved her, yet doomed her to a mindless life. When her feral behavior became too much, when the group couldn’t control her without Murphy’s interference, 10k stepped in and gave Cassandra mercy.

Post Z Nation has been pretty chill for Pisay Pao. She’s traveled the country making appearances at conventions, meeting fans, and reuniting with the Operation Bitemark gang. When not on the road, she’s working and auditioning.