Gear Up for Z Nation Season 4
by R.C. Murphy 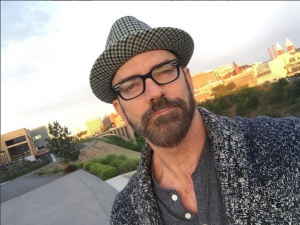 Thankfully, Syfy has continuously saved Z Nation from the dust bin, no matter how wacky the show’s season finale. I mean, they did nuke a large portion of the USA at the end of season one yet still managed to make a coherent second season happen around a nuclear wasteland. The third season saw Operation Bitemark disband as Murphy sought to regain agency over his future, and his bid to control what happens to mankind in a zombie world. One would argue that splitting the crew was a good/bad choice, since it took away the key to making the outlandish personalities on the show work—Murphy needs Roberta’s practicality to stay out of the deep end. Without her as his conscious, he does things like enslave his friends. And that’s just not cool.

Luckily for us, during an interview this March David Michael Latt, one of the show’s producers, told Cartermatt.com that the gang would indeed come together again. The last two seasons were huge, monstrous things with plot lines racing in every direction, and the characters wound up chasing them in smaller and smaller groups in order to make the overall story work. Latt says that won’t happen in season four. “The good news, or it could be good news depending on how you read this, is that we’re going back to the season 1 definitive objective, the group being together, and the dynamics that make the series so good. The bad news is that it’s really out-there crazy.” As for getting any in-depth plot clues, or even a premiere date, his lips are sealed. The production seems to be on schedule. Barring any huge problems, it’s safe to expect the show to return in early September. But in the end, that’s Syfy’s call to make.

Z Nation fans living around Spokane, WA will have the ability to get a peek at the show’s production this summer. The show is turning the Northwest Museum of Arts and Culture into a behind-the-scenes exhibit and functional film studio. The summertime exhibition, Z Nation: Behind the Camera, will include programs focused on local talent brought in by The Asylum who not only work on-screen as zombies and human extras, but also behind the camera. They’re opening up the filming to public viewing, as well, to give everyone a working idea about how much effort it takes to create the mayhem we see every week on-screen. Karl Schaefer, another producer for the show, says this is their way to give back to the Spokane community, a thanks for the support since season one. “The exhibit is kind of aimed at the 15-year-old kid who wants to know how to get into the movie business but thinks, ‘Oh, there’s no way I can do that in Spokane,’ ” Schaefer said. “But we just want to show people they can.” Keep an eye on the museum’s social media pages for the up-to-date program schedule. The exhibit opened with a zombie-filled party on June 10th.

Locals had the chance to audition for remaining background roles this last weekend. Sets have gone up in the museum, with a green screen stage built in the parking garage for effects shots. ZN stars have arrived, ready to tackle whatever weirdness the writers came up with during the hiatus. Keith Allan took a minute to post a zelfie when he rolled into town, saying he was, “About to step back into the apocalypse.” Russell Hodgkinson made a similar tweet on June 9th. We can’t wait to see where the cast takes their characters during the upcoming season.