The world has gone nuts. There’s no denying it. We at the ZSC pride ourselves on being equipped for any dangers, from natural disasters, to zombies, to whatever unfolds as a result of the bow string tight tension in the political sphere. Shamefully, despite years spent preparing, we may have overlooked something deadly lurking in the shadows. 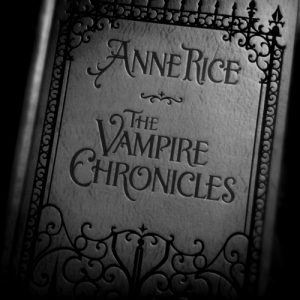 Hear me out, folks. Yes, vampire myths are ancient and diverse, with just about every culture out there developing their own version of the undead menace since who knows when. Vampires have been in and out of vogue in popular culture so often, the concept itself is vampiric, resting for years like Anne Rice’s Lestat, only to rise again years later with a renewed sense of purpose, stalking television and film screens.

Several vampire inspired or vampire-centric shows bid farewell in recent years, signaling the end of one undead cycle—True Blood, Hemlock Grove, Penny Dreadful, and the most recent departures The Strain and The Vampire Diaries. TVD’s spin-off series, The Originals will also end after its fifth season next year, that’s the left hook in CW’s current plan to scrap vamp-centered shows from their schedule. It won’t last for long. Vampires have been ever-present in media across the Pacific. Here in the US, they go through phases. Just when the bloodsuckers crawl back in their coffins, a few rethink the retreat and new shows haunt pilot season, waiting for some unsuspecting network to invite them inside. 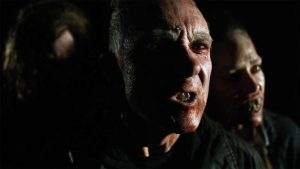 There are a handful of vampire shows still on-air or currently in deep pre-production—Van Helsing, Castlevania, Preacher, Let the Right One In, The Passage, Vampire Chronicles, and Midnight, Texas. On top of those, there’s another Supernatural spin-off in the works. The original show had several vampire-heavy episodes before, so it’s not hard to imagine them pulling a known predator from the hat sometime during the show . . . assuming this new spin-off makes it further than the last attempt. There have also been rumors of a TVD/Originals spin-off in the works. The big news, though, is Rice’s Vampire Chronicles series, which will focus on Lestat de Lioncourt. With the film rights back in the creator’s hands, she’s opted to take the vampires many grew to love on the page and put them on the small screen—after two questionable films, it’s refreshing to know the master leads her creatures down their new path with a tight leash. But there’s already rumors that the series, which is in early pre-production, may develop spin-offs to focus on the other ancient vampires who may not get a lot of love on the show. 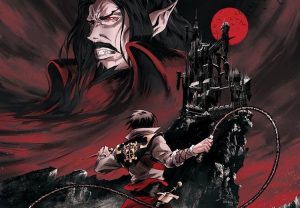 Basically, vampires are everywhere and won’t stop coming back no matter how hard anyone tries or how many shows they cancel. Several cultures still hold rituals to protect villages from the undead, ranging from as simple as planting a certain flower around the suspected vamp’s grave, to the disturbing act of disentombing a corpse to remove vital organs before roasting them and feeding the remnants to those affected by the vampire via nightmares and/or mysterious illness.

We’re not recommending cannibalism, rest easy. However, there are certain methods to taking care of vampires which differ from zombie-slaying techniques. The easiest method would be, honestly, to find the vampire’s lair, wait until sunrise, and whoops, one wall in their bedroom wall just happens to get a hole in it. Sun-fried vampire is the least hands-on you can get, assuming they’re not holed up underground or in a casket. Decapitation works with vampires, unlike their zombie counterparts who tend to remain animated and bitey even when their head is in the dirt. There’s also the classic stake through the heart technique. Problem is, it takes quite a bit of effort to drive a large, mostly blunt object through the chest muscles, ribs, and finally the heart itself. You aren’t Buffy. Staking a vamp isn’t the wisest choice for non-Chosen Ones. I’d suggest reevaluating your weapon of choice and repacking your go bags with tools which would take care of not only our zombie foes, but also this ancient threat making another round across our television screens.

Oh and don’t forget to pack the garlic!