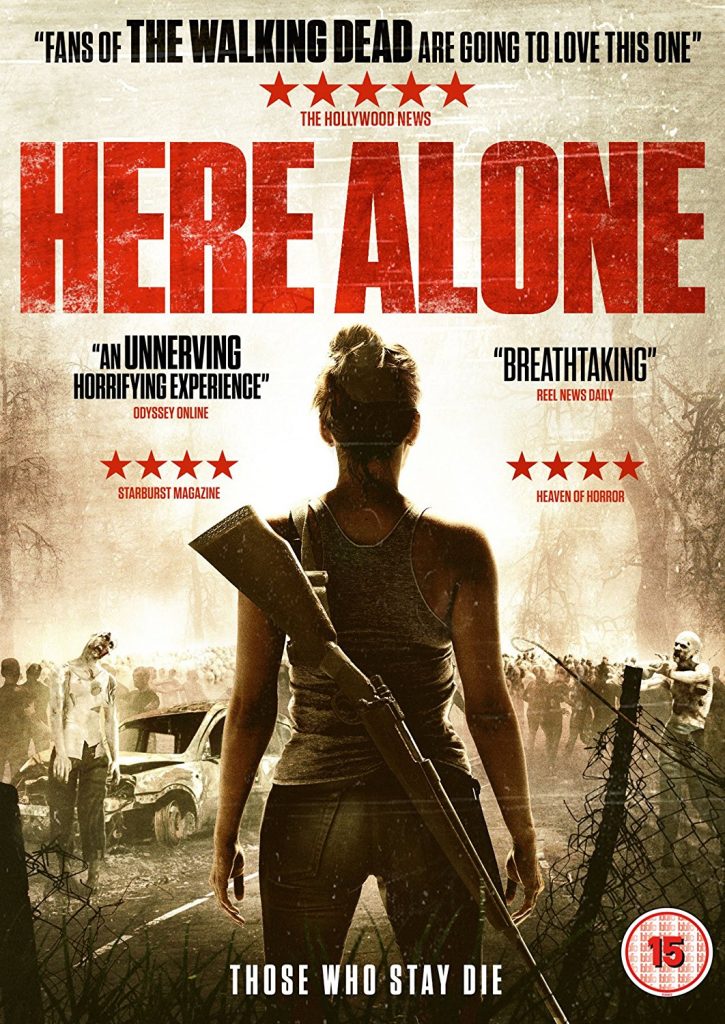 A mysterious virus spreads across America. It starts out as a simple rash, but eventually the infected become angry, ravenous creatures set to fill a hunger which can never be sated. Ann and Jason thumb their noses at the government’s suggestion that they stay put and instead take off into the woods where Jason grew up to wait it out. If only surviving were as easy as taking off when things get bad. Their foraging skills aren’t enough. Desperation pushes Jason to venture on a one-way mission to get food and medicine. Ann is left alone in the woods with a baby . . . and then by herself completely not long after. Eventually she manages to work out a system to keep herself alive. Time passes. She avoids the insatiable, diseased creatures slowly roaming away from the cities while making daring dashes into abandoned houses to find food. That’s when Ann finds Chris and his stepdaughter, Olivia. The trio start off wary survivors banding together just to stay alive, but tangled emotions and the monsters have a way of turning strangers into family—a really dysfunctional one. 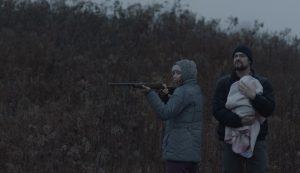 I went into this film expecting more of the same zombie stuff that’s been done before across the genre, especially since low-budget films like this tend to only have the capacity to tell exactly one story. Boy was I surprised once the movie found its footing. First off, Ann is the survivor from the family, not Jason who’s marginally more skilled at outdoor survival. She’s all-in when it comes to doing what’s necessary, including smearing god knows what on herself to mask her scent while on trips to find food. There’s very few moments where the writing made it feel like, “This woman would be a mess and die without her man and child.” Which is refreshing. We know those moments exist, it’s human nature to mourn and fall into depression in the face of so much adversity, but they flit by quick enough to keep the story rolling along. That being said, failing to focus on Ann’s mental anguish doesn’t mean there’s no emotional impact from her losses. That final scene with the baby is gut-wrenching for any parent to endure.

Where things go sideways in this film is when the dynamic between Olivia and Ann is fully flushed out going into the final act. Honestly, the whole emotional twist here leaves a bad taste in my mouth. Everything about this film is solid, except the stepfather fetishism. It’s creepy and unhealthy. Not to mention completely unnecessary. There’s countless ways for the women to fall out with each other which doesn’t demand a love triangle where there shouldn’t be one. Can we stop doing this, writers? It’s not titillating. It’s just gross. Women don’t need sexual rivals in order to find each other’s company problematic—this is one trope I wish would die in a fire already. 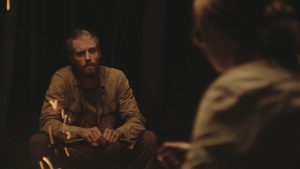 The infected aren’t on-screen much. They’re brought in sparingly because the story is about Ann, not the outbreak. That being said, these zombies are some tough mothers. They’re quick, jittery, ready to eat anything fleshy which lands in their path. The makeup is pretty basic, but well done. These zombies are, for the most part, intact so there’s not a load of gore to dress them up. Primarily it’s all mottled skin, black veins, and whatever blood came from their last meal. Simple. Effective. The zombie makeup didn’t break their budget, but despite that it doesn’t look like something a harried mother slapped on their kid after school because of course Halloween is on a Tuesday—yes, I’ve seen films with makeup that bad. The extras brought in to play the dead are energetic, adding their unique spin on zombie movements which seriously helps raise the tension in the final scenes.

Here Alone starts off a little slow, builds at about the same speed, then rams a car into your knees and takes off toward the ending before you’re sure what’s actually happening. Yet there’s a huge misstep with how the women in the film interact which cannot be overlooked—we must do better as writers to strangle these tropes pitting women against each other, their mental well-being, and their own safety in order to secure a man. That being said, as much as I’d like to give this a higher rating, Here Alone gets three and a half gnawed-on femurs out of five.