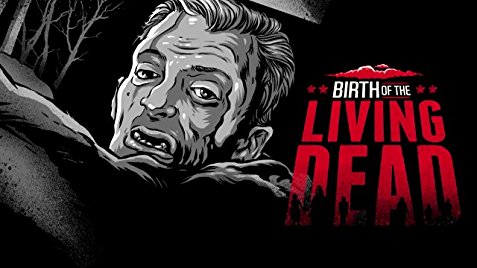 Zombie Reviews . . . Birth of the Living Dead
By A. Zombie

There’s days when one wants to sink into something comforting. Short a stack of fresh ribs, I went looking for the zombie classic and stumbled across this 2013 documentary. Birth of the Living Dead is a made-with-love documentary delving into Night of the Living Dead, its director, and the lasting cultural changes ushered in by this most unusual film. 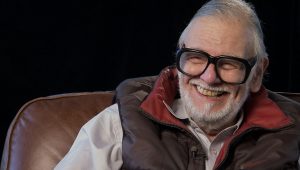 The documentary itself is edited for peak attention-grabbing. What could’ve been an hour and change of people chatting on black backgrounds is mixed up with a metric ton of clips from NotLD, other zombie films and shows, and at the end there’s footage from a comic-con interview with the late Bill Hintzman. One of the stand-out moments is the segment where they check in with an instructor who teaches literacy through film and his subsequent discussion with the kids about the film’s impact on a generation so far removed from the political maelstrom which birthed it. Not to mention fresh reactions to the cult hit are always entertaining. How many times have you introduced NotLD to new people and waited for them to yell about the gas scene? That’s the kind of excitement this documentary captures. Yes, they’re talking about a film from 1968, but so much of what it says speaks to the uphill battle we’re fighting yet again.

Guests interviewed range from top television producers to novelists and film critics, all of whom share a deep appreciation for Romero’s work. However, the interview with Romero himself is what steals the show, here. He’s having a grand ol’ time. His interview isn’t really an interview so much as a hangout session with a bunch of other filmmakers to shoot the breeze and, oh, the topic of his film just happens to come up while cameras are rolling. There’s countless instances of gut-bursting laughter from off-screen crew when Romero lets a zinger fly. And while yes it makes one smile, there’s always that tug when the laughter fades—we won’t get any more of these gems again. George’s levity in his segments is probably one of the best gifts he left behind. Without the razor wit, all this war/death/zombie talk can get too serious. 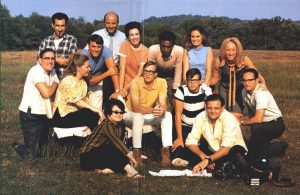 This documentary also gives fans a look at exactly how difficult it was to make the film happen at all. Romero isn’t afraid to admit he didn’t think they’d finish the film. There’s no shame behind those glasses when he declares he’d never, ever take up playing a zombie because the real guts used in NotLD were flat-out disgusting. We learn cast doubled as crew and equipment suppliers all in the name of Getting It Done. By far the best did-you-know story details how they finally “paid” for the sound mix; but the most noteworthy tidbit for curious filmmakers is how easily NotLD fell into the public domain because someone failed to put one thing on the title card. Yes, most of the stories are ones we’ve heard before, but this is a nice compilation of them and the editing mixes it up with insight from others who make a living in the horror genre.

The most detailed part of this documentary pokes at the cultural and racial questions raised by NotLD. Casting Duane Jones was easy because he was the best for the role of Ben, but Romero himself admits he never, ever went into the filmmaking process after hiring Jones with the intention to use his race as part of the story. Which, honestly, probably makes a lot of fans sit back and say, “What? You didn’t mean for this to be one of the best statements on the racial divide in that era?” Lest you think they just blow by the topic, other interviews dig into how Ben’s bravery and heart-rending fate affected young black men who at the time had no character like him to look to in the media. Representation matters, even if the folks pulling the strings aren’t as clued in to the significance as they should be. Art is subjective, after all, and in this case a large portion of the audience sees equality in the production’s lack of rewrite to fit the cast.

If you’re like me, frozen to the core this winter and looking for a way to warm your heart, take a look at Birth of the Living Dead. I give it four and a half mangled faces out of five.