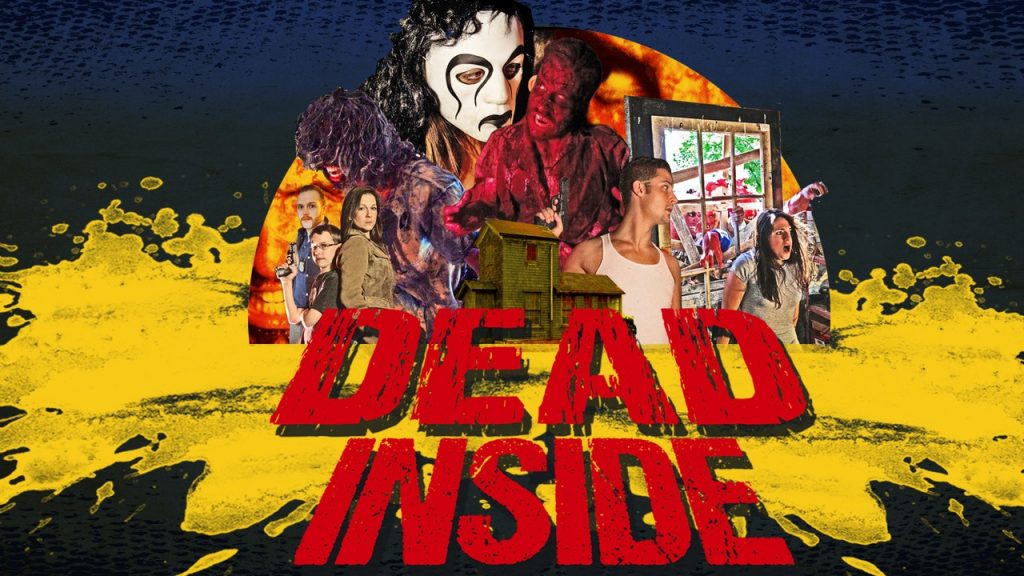 One never knows what to expect when grabbing something Troma distributed. Given the blurb, it seemed like it’d be okay. Different, at the very least. It’s different, all right. I’m still not one-hundred percent sure what I just watched, but it surely isn’t what the synopsis promised.

When a group of survivors take refuge in a friend’s home to protect themselves from the Zombie Apocalypse, they must learn to confront and destroy not only the evil lurking on the outside, but also the menace that stalks them from within!

First false statement: Friend’s home. The only people who know each other were involved in a murder, and technically only one of the three knows the truth. Secondly, they learn nothing over the course of their imprisonment in Katrina and Danny’s home. Lastly, the maniac in question settled their score a year before the apocalypse and it’s only brought up at the very end to justify yet another gratuitous death.

Alright, so the copy writer gave the plot an extreme glow-up. What’s the movie actually about? [Spoilers below] 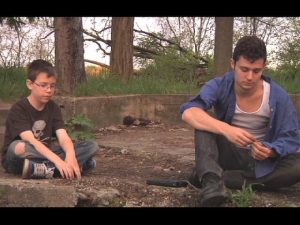 A year prior to the world going to the dead, Jill’s guy calls it quits in the middle of a crowded diner—with patrons randomly quoting other genre films as the scene unfolds. It’s not such a good idea because Jill’s not quite right in the head, seeing monsters everywhere she looks. This woman also just happens to have a serial killer’s shrine to her now-ex. Jill takes her revenge, with the guy’s kid in the house. Fast-forward a year. Danny’s mother Katrina has moved on after the murder. Gerry fills an essential gap in their lives. But just like her former husband, this one dies under mysterious circumstances after something eats their babysitter. The mourning family isn’t alone for long. Albert, a stranger, rushes in the front door having just witnessed his father being attacked by the dead on the road. Elsewhere, Jill’s going through undead hell with her lover. She makes it out of their home in one piece, sans lover and pet, only to find a zombie in her car. Jill run and runs and runs, eventually landing at Katrina’s—at first the editing makes it look like they’re neighbors, though. Outside, an officer naps in his car, awakened only when crap hits the zombie fan. He flips his lid and makes a run for shelter—Katrina’s house, of course. From there out, the group tries to make the best of it. Officer Dearborn’s courage flatlines, triggering their safe haven’s eventual downfall. Jill is bitten on a supply run. On her death bed she admits the truth to Danny about his father’s murder. He shoots her and here come the zombies. Albert and Katrina do their best to survive on the run, but she doesn’t make it. The boy and Albert continue on, meeting another pair of survivors making the best of the apocalypse along the way. Just when things look bleakest, Danny and Albert are saved.

On paper, it’s good. In practice, it’s a mess. The editing obscures the plot unnecessarily during the introduction phase. Dialog is cringe-worthy eighty percent of the time thanks to Officer Bigot’s constant gay jokes just to poke Albert. Jill’s story is so convoluted that we need a series of flashbacks just to have any hope of figuring out who this woman is. The makeup is another Greasepaint and Dirt Special, with little to no time spent on each zombie. It’s like they painted a tarp and made each actor roll for five seconds, then shoved them on set without another glance. Even the sound mix is presented as something spliced together in an old garage with dollar store headphones.

Save yourselves. Don’t be the guy on Troma’s site simultaneously praising and hating this film. There’s no need for brand loyalty when they put out stuff like this and then think people should pay them to see it. If it were edited better, I may be more forgiving. As-is, this is the worst film I’ve reviewed to date. It doesn’t even get a rating. It gets my eternal regret.