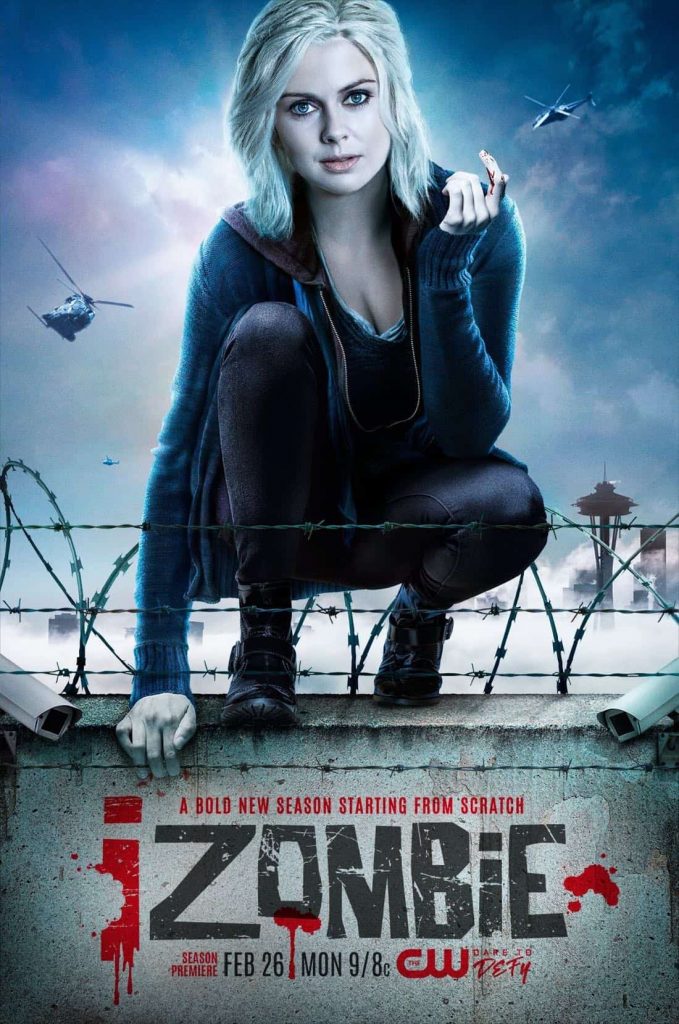 Are You Ready for Some Zombies?:
Review for iZombie 401
by A. Zombie

Don’t lose your heads, there’s episode spoilers in this review. 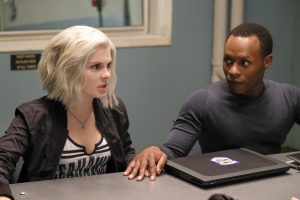 There’s no toe-dipping when it comes to introducing the audience to New Seattle. The episode opens with a look into the city’s brain processing plant. Up close. In full, glorious detail. Some of the show’s best cinematography went into making those brain tubes look as appetizing as possible. I mean, for us zombies, that is. The humans working in the processing plant aren’t as impressed by the product they produce. Matter of fact, the Dead Person of the Week spends this opening scene lamenting about the new world order within the city. Guess having the only meaningful employment come in the form of basically creating Soylent Green gets to people. The divide between living and reanimated humans is wide, only helped by Filmore-Graves’ policies, including one stating only the living can work in processing plants like the one employing Clint Hicks before his at-work demise inside one of the large brain grinders.

Here we are, touring a new, zombie-led city, and Liv’s first full day to show us the ropes is spent parroting bigoted statements and football stats. It’s like the writers enjoy listening to the lead character speak ill of herself or other lead characters in reworded racist dog-whistle phrases. This is the character who set the standards for zombie-police relations, but sure, let’s have her spend what should be her victory lap taking digs at her people. Add in the Z door tagging, the children abandoned for their new identities, and half a dozen other problems, it’s like they want to take a predominantly white-cast class of people and present them as Every Embattled Minority Ever. Then a subset of that group is set up as dictators, again with a predominantly white cast, and their plan is to use the handful of actual poor minorities in their midst as hastily-trained cannon fodder in their new goon squad.

Hello, yes, I’d like to report someone for exposure? Their privilege is showing. Big time. 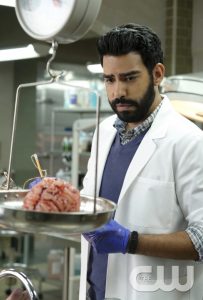 The poorly handled social commentary aside, the plot for this episode is just not that thrilling on the surface. The murder turns into an allegory for abused gay teenagers. On the subplot front, we’ve got a city on lockdown, with death penalties in place for certain behaviors, such as scratching a human to turn them due to brain shortages—likely a fabricated shortage since Filmore-Graves hands out brain tubes to their staff like it’s candy. It only gets interesting when Ravi hits the screen, giving fans a look at how non-zombie he is after that cliffhanger last season—there’s a small catch in the form of “monthlies” where he randomly Zs out and chows down on brains. Then they killed the excitement of a hybrid by having Ravi eat a naturalist’s brain, leaving him to traipse around nude. Like Ravi needs to be a laughingstock at every turn to justify his continued existence, or something. Peyton and the living in higher-ranking positions are being treated as checked boxes, as demonstrated during a tense dinner with the new mayor. Blaine is Chase Graves’ lapdog in return for a lot of looking-away when it comes to running his businesses, which surprises absolutely no one. Nor will it surprise them when Blaine eventually tires of the yes-man routine and vies for control of the city via brains, violence, or hostile takeover. Possibly a combination of the three.

First, Blaine’s got to get his whackjob father in-hand again. 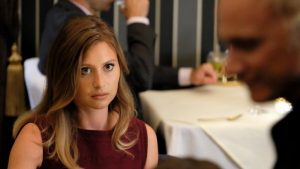 Angus gets a little help from Dino, his former enforcer who turns to working for Blaine in the meantime. Once free from his watery nursery, Angus demonstrates just how bonkers he is, repeating segments of Blaine’s tirades against the ruling class in New Seattle like scripture. Dino pays the price for aiding a murderer, leaving an out-of-his-mind Angus to wander the city as he pleases. A theater, converted to a church for zombies, catches his attention. Now begins the reign of Angus the Saint. I guess. This is an unfortunate story line on top of several plots involving white men being the absolute worst people in a city which is given the chance to start over, but it’s more of the same tired bull.

But, hey, Liv got to yell about football for the whole episode, so it’s totally worth wasting an hour of my Monday night.