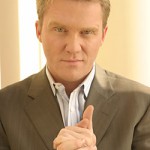 Brains, not brawn may be the trick to surviving the Zombiepocalypse. And while Green Brigade commander Anthony Michael Hall is no slouch, his early career portraying loveable intellectual types in films like Sixteen Candles, The Breakfast Club, and Weird Science is a huge bonus for the Zombie Survival Crew. A solid team requires a strong mind at the healm, clamly leading the brigade when tackling any difficult situation after the undead rise. Now if only he had the psychic gifts like his character in “The Dead Zone”. Then we’d have insider knowledge about when the apocalypse will kick into gear.

Hall may be new to keeping zombies in their graves where they belong, but his fellow commanders have no doubt that he will do his best to survive, as any brigade commander should. Working from an undisclosed Safe Haven, we never know where the Green Brigade commander will show up to lend a helping hand.

Where to find Michael around the web: (Click on the pictures)

Proud Commander of the Green Brigade