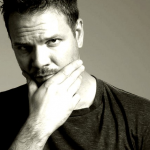 Once in a while, you will come across someone that truly loves what they do for a living. Jim Parrack is one of those lucky souls and shares his love of acting with the world through his role as Hoyt Fortenberry on HBO’s hit TV series “True Blood.” He also starred alongside ZSC Red Brigade First Lieutenant Neil Brown Jr. in Battle: Los Angeles. When Jim isn’t in front of the camera, he’s behind it writing and directing new features with his film production company “120 Productions.”

With the weapons training Jim has gone through for his various film and television roles, and the heart he puts behind his craft, the Zombie Survival Crew knows he will make an excellent addition to the crew. Coming to us from California, he will put his skills to use to keep the state safe from the undead menace.

Weapon of Choice: A modified 12 gauge shotgun with a 308 for backup

Proud Member of the Blue Brigade