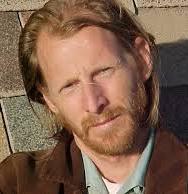 If there were an award for snazziest dresser in the Zombiepocalypse, ZSC First Lieutenant Lew Temple would take the top spot. Lew is best known for his roles in Rob Zombie’s The Devil’s Rejects and Halloween. Along with roles in Domino, Waitress, The Lone Ranger, and recently a stint on AMC’s hit show “The Walking Dead” as Axel—one of the few surviving prisoners in the prison Rick and his crew take refuge in during season three of the show. Lew wasn’t always an actor. He spent many years on the baseball diamond, and went on to become a scout for the Mets and Astros.

Coming to us from an undisclosed location, Lew is putting his many acting and sports talents to good use as he prepares for the looming zombie outbreak. Currently he is traveling the country, alerting fans to the hazards they may face—and the dangers of a mustache wax shortage during the end days.

Where to find Lew around the web: (Click on the pictures)