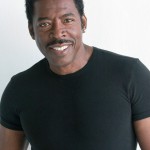 What is scarier: a horde of the undead or a giant, demonic marshmallow man? Only one Zombie Survival Crew commander has the answer for that, Ernie Hudson. Better known for humorous role in the Ghostbusters franchise, Ernie isn’t all jokes and laughs. He’s tackled some tough parts in The Crow, The Hand That Rocks the Cradle, Congo, and numerous television roles. The balance between humor and knowing when to button down and focus on the incoming threat makes him an ideal addition to our ranks.

Ernie joins the ZSC from an undisclosed location, putting years of experience on film and a stint in the Marine Corps to good use. He will aid crewmembers, watching their backs while battling zombies to reach Safe Haven unscathed. Ernie also travels the country, meeting fans and crewmembers at conventions to build morale when he is not filming.

Weapon of Choice: sawed off shotgun with a baseball bat as his backup