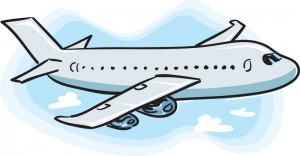 I knew I was taking a risk by flying a commercial airline to rendezvous with our fearless leader, Juliette, in Philadelphia. It was a risk which had to be taken, though. The UGA has been trying to get a bead on me for months, and I felt exposed as I drove up to the airport. Fortunately, there were enough people around that they didn’t attempt an outright snatch in broad daylight. And yes, I knew where the danger lay… the security checkpoint.

Why would the Purple Brigade Commander travel via commercial air when I have a working flux capacitor at my disposal, you ask? Well, the answer lies in keeping the flux capacitor under wraps until it is absolutely necessary. The UGA doubts that I have a working model, and I want to play to those doubts. If they had any idea of some of the modifications I’ve made… well, let’s just say I might become numero uno on their list of commanders to abduct–along with my gadget.

The sweat beaded my brow as I approached the license checkpoint. I arrived at the airport via a circuitous route, and was fairly certain I was not followed, but the security officer would alert the UGA immediately upon checking my identity, I was sure of that. After detaining me so bin stands could be moved from one place to the next, she waved me on to the security checkpoint. I took off my shoes, and placed them with my keys in one bin, and put all of my electronics in another bin. The tension mounted as the bins slid toward the scanner. An agent approached me from behind and said my bins could be consolidated, which she did. I quickly double checked to ensure nothing was planted among my possessions. Phew!!! I continued toward the scanner.

Once my articles were on the conveyor belt, I stepped through the people scanner and an alarm went off. I stepped back, my heart slightly accelerating. I KNEW I didn’t have any metal on my person and suspected foul play. But when I stepped back through the x-ray, I came through clean. Then it was a matter for waiting for my bin to come through. And that’s when they nearly had me.

<-- I had one of those on my keychain. A pink plastic stick. Yes, I know it’s a kubaton which is potentially a weapon, but it’s pink and plastic for pete’s sake–how can anyone take it seriously?? But here’s where the genius of the UGA comes into play…I was right to suspect the agent who “assisted” me with the bins, and here’s why. Apparently, as long as airport security catches what they consider to be a contraband item prior to exiting the scanner, and you freely surrender the item, then no harm–no foul. BUT if it makes it all the way through the scanner and someone identifies that you have it after the fact, and you didn’t surrender it prior to going through the security check point, then you get a little trip to see the judge… in other words, you’re under arrest.

Fortunately for me, I was alert (I’m always preaching constant vigilance… and it pays off) and took note of everything that was happening, so that security, when they realized I would make them laughingstocks in front of the judge, decided that even though I did not surrender the mighty kubaton (and no I can’t say it without laughing) prior to going through the security checkpoint, that I was free to go. Why did they let me off? If they attempted to prosecute me, they would have had to explain how they not only missed stopping me 3 times, but also, I knew that at least 3 of their agents were unable to identify the kubaton as a weapon.

By the way, my electric toothbrush would be a much better weapon than a pink plastic stick… it has a sharp metal tip which is strong, vibrates at an extreme rate and would easily go through someone’s temple or throat. #justsayin Anyway, the first failure… the agent who scanned my license noticed the kubaton when I placed it in the bin and radioed to another agent to have him stop me. He failed to reach me prior to going through the security check point. Next failure, although I’m sure this agent was a UGA agent masquerading as airport security… the agent who moved my keys with the kubaton attached not only failed to note that it was a weapon, but definitely didn’t stop me. It was in her best interest that I be detained long enough to miss my flight. Oh and the UGA tampered with our fearless leader’s car as well, so she had difficulty in reaching our rendezvous point. The third failure? The agent scanning the items thought that the kubaton was a pencil, and let it go through unquestioned, but was sure my inhaler (from my recent bout with bronchitis) was a lethal weapon… until they looked. And then there was the discussion about whether the kubaton attached to my keys was “real” or not. Although the guard responsible for detaining me, took himself and the situation extremely seriously and accused me of knowing it was a weapon. Yes, I carry it for self-defense…and have never used it.

The kicker? I flew last month on business (non-ZSC business) and no one questioned the fact that I had a pink plastic stick on my keychain.