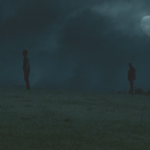 Two weeks in a row it’s been impossible to find a place to start with a review.  Days later, I’m still dizzy from the turn of events. Pacing for the second half of season two took a one-eighty degree flip from how we started the season—that painfully long wait to learn what happened to Sophia only to end in heartbreak. We’re still ending on heartbreak, but it seems harsher, more in our faces. If there was any doubt that I correctly labeled TWD’s writers as evil, this week’s episode proved me right. Only twisted minds could create characters like these and make us forget to breathe while they run around a fictional world causing chaos.

This week began with a bittersweet eulogy for Dale, contrasted by the group patrolling the farm for walkers. Something about the combination of scenes left something to be desired for me. They say they’re going to do what Dale would have wanted, make him proud and salvage a broken community. Would he want them to do it that way? They needlessly beat those walkers instead of delivering a humane blow to the head. Taking out pent up anger on the undead is understandable, but doing it in the name of a man that wanted nothing but peace seems wrong.

On a side note, did you all notice that T-Dog used a hammer to dispatch one of the walkers? IronE got to put his weapon of choice to use. Awesome! T-Dog also got to step out of the background more. Hopefully this trend lasts.

There is a glimmer of hope for the survival of the group as a whole in the unlikely form of Daryl. In the weeks prior, we’ve seen him pull further and further from the group. Heck, he set his camp up a good half a mile away from the others to get away from them. But last week he stepped up and did what no one really had the heart to do. After, he told Rick, “You shouldn’t have to do all the heavy lifting.” Daryl sees the stress leadership puts on Rick. He wants to help again. I’m not entirely sure what triggered his change of heart. There are too many variables at work to pinpoint one exact cause.

One variable no one can seem to keep a handle of is Carl. Last week I got a tad nasty and pointed blame where it belongs, on his parents. Shane was right (don’t die of shock) when he told Rick that Carl needed to discuss Dale’s death with his father. That isn’t because a male’s opinion on the matter is any better than a woman’s. Oh no, that is a reflection on how poor Lori’s parenting skills are. I’ve lost count of how many times Carl’s been found far away from the house after she’s been asked to keep him inside. The kid isn’t a magical creature. He has a physical form and can’t dematerialize only to reform in the midst of trouble. How the heck can she consistently fail at keeping him away from danger?

Instead of parenting, Lori is still obsessed with saving her reputation. She confronts Shane yet again about their sort-of relationship. At this point I can’t tell if she is stringing him along on the off chance that Rick dies and she needs a male in her life (and bed) or if she sees the dark path he’s going down and is trying to placate his crazy to keep him in line. No matter her motivation, all she has done is cause trouble between Rick and Shane. It’s hard to tell if this sort of thing would have happened after Rick was shot in the line of duty without the walker uprising putting her in Shane’s protection.

Pro tip for ZSC brigadiers: While it is important to board up possible weak spots in your Safe Haven, spending a day hammering boards in place could have unforeseen problems. The undead in The Walking Dead respond to sound. All of that hammering the group did on the barn and house echoed through the forest, drawing the walkers in closer. The only reason they couldn’t pinpoint the source is because the sounds were too faint to follow after bouncing around the trees. However, something like a gun shot after they are searching for the noises… someone may have well rung the dinner bell.

It wouldn’t be one of my reviews if we didn’t address the Shane Issue. This week I need to put a Spoiler Warning before it. If you have not seen episode 212 of The Walking Dead, turn around and head to safety. After you watch, come back and finish reading.

Shane, Shane, Shane. I’ve spent nearly a year despising you and defending that opinion tooth and nail. You are ruthless, cutthroat, obsessive, and your only redeeming quality is being a good shooter. No one trusts you, not even the people you tried to lure to your side with promises of cookies, or whatever the emotional equivalent is for a psychopath. You could never be a leader of men, not in the way Rick is, and your jealousy over that fact will be your downfall.

The creepiest scene in this episode possessed no dialog. Heck, there wasn’t even much sound to it at all. Watching Shane sit in the shed contemplating his plans for Randall sent goosebumps up my arms. It takes a great actor and great writing to make me loathe a fictional character so much. Hats off to Jon Bernthal and the TWD writers. This ride watching Shane spiral further and further to madness has been the most entertaining bit of television in years. Shane’s condition created so many discussions about morals in extreme crisis situations. Even when we thought he acted poorly, part of our minds wondered if it actually was the right thing to do. Could we reach that level of practicality he delved into and maintain what it is that makes us human? I’m not entirely sure it is possible.

However, there was nothing right or humane about how he dealt with poor Randall. Was Randall a threat? In my opinion, yes. He acted too much like a weasel to trust him at his word. Rick’s plan to drive him an hour out and drop him off would’ve worked or at least given them time to prepare the farm for possible human attack, which they should have done beforehand. Shane couldn’t leave it be. He had to have his way and in the process illustrated that any dead body, bitten or not, will come back as a walker.

Much respect to Rick for realizing Shane’s plan and confronting him man to man. By that point there were two possible outcomes. Either way, someone would die. Losing Shane is a blow to the group. For all of his insanity, he did a good job protecting them. That is when he wasn’t plotting ways to undermine the authority of the group. If he’d succeeded, the group would have collapsed. None of the others would believe the story he cooked up. Not after the Otis incident came to light. 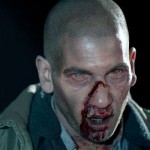 Will everyone understand why Shane died, though? Can our survivors continue on as they have been? Hell broke loose and is knocking on their front door. The season two finale next week is going to be a doozey.

What do you think about Shane’s demise? Let us hear your opinion in the comments below.