We put out the call for local information on resupply stations, and the Zombie Survival Crew has responded. Information has been trickling in and we’re sifting through and compiling everything for communication to the loyalists. We have already communicated information received about the South Central (Aqua) Resupply Station: 4A Midland, TX (Phase II Site) as well as directions on how to get there. And now, thanks to Chandra Jordan of the Lt. Blue Brigade, we are ready to share some information about the North Central (Red) Resupply Station: 3B Waterloo, IA (Phase I site). 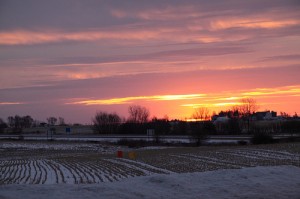 I would stay with these locations for resupply, simply because they’re so close to each other in proximity, and close to I-380 which is a main thoroughfare, but also crosses just north of Highway 20, which runs east-west. There’s a Dick’s Sporting Goods close to the Wal-Mart at 1411 Flammang Drive. 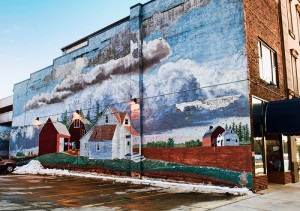 As for routes there, some might say I-80 but that’s WAY south of Waterloo. For those coming from the south, I-380 is a good route but it’s pretty open, it’s the main north to south route in Eastern Iowa. Highway 63 is a good north-south alternate, it runs straight through Waterloo. Conversely, those coming from the north or south could take I-35 to 20 and go east. East to West I would go with Highway 20. It’s well traveled, but not as large as 380 is.

The largest meeting area near all of this could be the Five Sullivan Brothers Convention Center. Here’s a link for directions from various directions.

But just so you know, there’s a National Guard Armory in Waterloo as well, 3106 Airport Blvd, in Waterloo. It’s about 8 miles north though, of the various stores and such I listed above.

Thanks again for the information, Chandra, you have done your brigade proud. Waterloo has a lot to offer for Zombie Survival Crew loyalists. Plenty of places to stock up supplies, and it certainly doesn’t hurt to have a National Guard facility in the backyard.

To read more on all resupply stations, please go to our (for members only) Key Links under the Escape Routes/Resupply Stations section