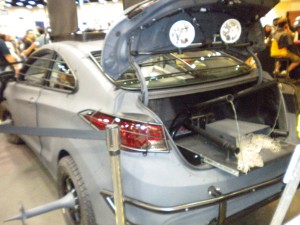 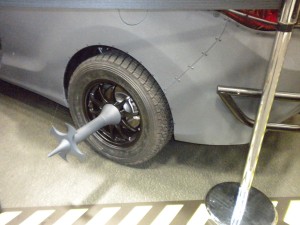 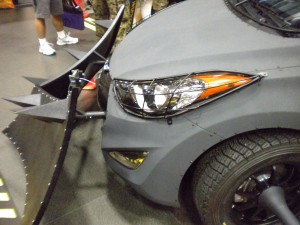 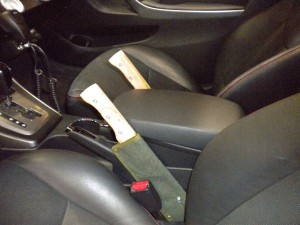 From the undisclosed location of LK Gardner-Griffie

Your Zombie Survival Crew TM commanders are always on the lookout for not only stories of potential zombie uprisings, but ways to improve survivability come the apocalypse. So we were intrigued to learn from Motortrend’s Wide Open Throttle that Robert Kirkman of The Walking Dead fame has collaborated with Hyundai to create the Zombie Survival Machine. Check this bad boy out: 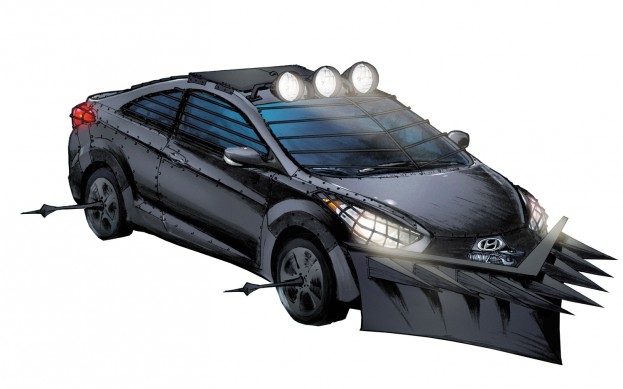 Just imagine plowing through a horde of zombies with that sweet spiked cow-catcher. Wouldn’t you like to get up close and personal with this car? Well, you can. The 2013 Hyundai Elantra Coupe Zombie Survival Machine will be on display at Comic-Con, which runs from July 12-15 in San Diego at the Future US booth, along with a limited-run illustrated owner’s manual. This beauty will be unveiled as a part of a four-episode behind the scenes series on HyundaiUndead.com on July 11th. 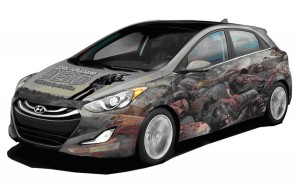 If that weren’t enough…a 2013 Hyundai Elantra GT hatchback will be wrapped in the 100th cover of The Walking Dead issue and will be given away on July 31st.

The word on the street is that our Orange Brigade commander, RC Murphy, may be among the merrymakers at San Diego Comic-Con in stealth mode. And I’m sure she’ll be taking the opportunity to size up this newest possibility to keep us safe from the shambling hordes.

Check out what Robert Kirkman has to say below: