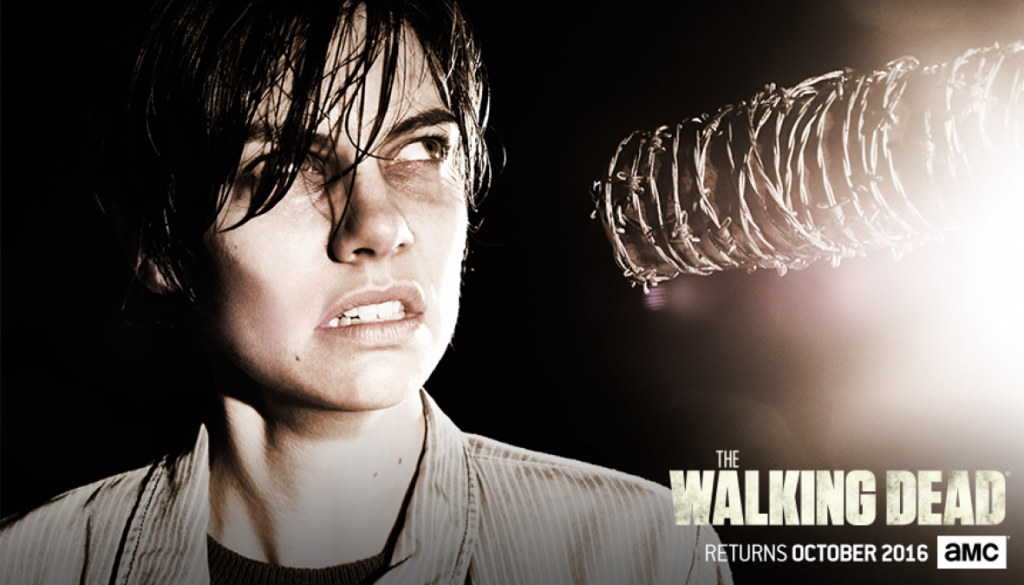 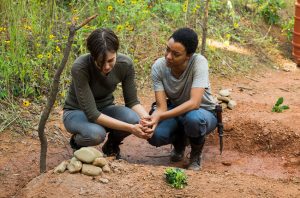 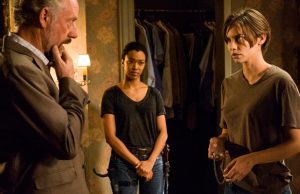 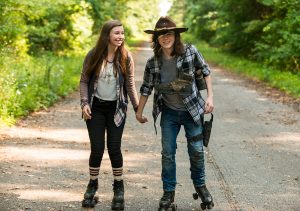 He sure has balls for a Chinaman. Oh wait…he’s Korean. Whatever. What he is, is the kind of person I’d like to have at my side when the worst happens. When the horde is gathering and the body parts are flying—no matter what emotions may be racing through his adrenaline-hyped body—he remains practical, strategic, capable…and caring.

Even though Glenn isn’t really real, his innate ability to simultaneously make me smile and feel completely safe makes this young man a keeper on my post-apocalyptic wish list of companions.

Who is Glenn? He is a character from The Walking Dead—a series of graphic novels by Robert Kirkman turned into one of the world’s hottest cable television shows by AMC and an insanely talented production crew. Like the tormented character of Shane Walsh and the squirrel-tossing badass Daryl Dixon for both of whom I’ve already expressed great affection, Glenn is a character who has won my heart.

Glenn’s honesty and bravery are consistently challenged in this world gone mad…and every.single.time he rises to the challenge. He remains loving and very humane in the way he interacts. The world has changed, but for Glenn—played by Steven Yeun—this bloody new reality doesn’t change the compassion he has for his fellow man. Dale may be the sage within the main survivor group, but Glenn is the group’s hope personified.

I’d like to say it’s his youth more than anything else that causes the disparaging remarks Glenn faced early on. Daryl Dixon’s banter around Glenn’s nationality, calling him ‘short round’ and wanting to see how red Glenn’s face would get when he drank alcohol were all pretty non-PC digs that speak to how Caucasians see stereotypes about Asians. But if we’re going to go there, …and the show certainly did, Glenn does have some “common” Asian traits. He’s generally quiet and observant, the kind of guy who assesses a situation before acting. Glenn is practical and good at devising thoughtful strategies to deal with a difficult situation. Yes, he can be a little dorky, a comic geek. But as we’ve moved into the halfway point of season two even Daryl has had to admit—if just by easing up– that Glenn’s Asianness (is that a word?) helps enhance his ability to make vital contributions to the group.

Maggie said that Glenn is a leader but the group doesn’t respect him. I think she’s right, and wrong, on both counts. Whether you ascribe to the Rick or Shane school of leadership, both understand the importance of information and how it can affect group dynamics. Glenn is discreet…and apparently very eager to learn about spark plugs. But he is unable to make a judgment call on information without seeking advice. Glenn’s bravery is unrivalled within the group. Some may ask him to do questionable things that take advantage of his bravery, …but that is not necessarily a sign of disrespect or lack of value. It is a sign of need. Glenn can do these things and remain…Glenn. The longer he survives, the older he gets, the more Glenn will come to be what Maggie already sees in him.

Glenn is the best kind of team player. He’s a caretaker. Glenn values every individual in the group and is willing to use his abilities to help protect not only their physical wellbeing, but also their emotional welfare, without any real thought about what it might cost him. Some might call it naïve—and Glenn himself admitted to falling into the trap of not seeing the zombies for the threat they present—but in a very real way this makes Glenn the heart and soul of the group. Their best hope at staying human.

Glenn sees in Maggie the opportunity to really feel alive again. Later, he admits to Dale exactly that, that he wants to be with her to feel something other than the terror of living day to day in the world of the walkers…when he might be dead tomorrow. But this poses a huge dilemma for Glenn. He makes promises to Maggie that could potentially spell trouble for the people with whom he has been through so much. Glenn is incapable of putting Rick and the others in danger, even at the cost of his personal life. Balancing his wants and needs with that of the group, and what he views as right, is no easy feat. Yet somehow Glenn handles the situation with poise and honor.

When we first met Glenn he was doing what—if we’re all being really honest with ourselves—many would not. His willingness to risk his own life to help a stranger, a dumbass stuck in a tank surrounded by walkers, was a reflection of both youthful bravado and the principles to which Glenn holds dear. Rick asks Glenn why he has taken such a major risk. His response? “Call it foolish, naïve, hope. That if I’m ever that far up shit creek, somebody might do the same for me. Guess I’m an even bigger dumbass than you.”

Hope is the operative word in that exchange…it is Glenn.