1 prize pack which will include a print copy of Necromancer’s Betrayal, the booklet The Werewolf’s Devotion (a Necromancer Books short story), $15 Amazon giftcard, and skull bracelet. Open to US Shipping.

Rafflecopter for entry is at the bottom of the post. 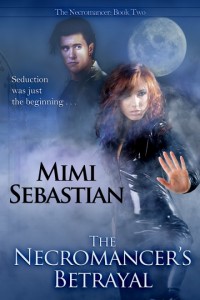 Her powers have been hobbled. Her enemies are growing stronger.

Old loves challenge her. And her worst betrayer may be herself.

Necromancer Ruby Montagne is battling for her life in the realm of demons. Unfairly branded for the death of a fellow necromancer, she’s got to prove her innocence without the full use of her magic. And the real culprit is still on the loose.

While someone is stalking her friends among the witches, Ruby searches for answers inside the dark intrigues of both the demon and necromancer worlds. Ruby must confront this new, sinister threat while reconciling her feelings for her former lover, a demon warrior. Only it’s difficult . . . because a sexy vampire is making it clear that he’d like to be a lot more than just friends.

The competition for Ruby’s trust heats up as the enemy pushes her toward a dark side that could threaten the entire realm. Yet what can Ruby do when she’s not even sure what she is? With the fabric separating the realms at stake, she must decide whom to trust. But will the ultimate betrayal be her own? 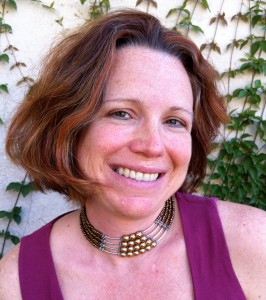 Mimi Sebastian raised herself on books and the strange and unusual, and an unhealthy dose of comics and movies. When a career as a punk guitarist failed to materialize, she completed her degree in urban planning, spent two years in the Ivory Coast with the Peace Corps, and another three years in Brazil. By day, she debates the merits of transport oriented development, by night she writes about necromancers and pirates. She’s convinced she could live off coffee, ice cream, and comic books, but is sure only one of those is good for her health.

She’s a member of Romance Writers of America and the Fantasy, Futuristic and Paranormal chapter of RWA. A transplant from the beaches of Florida, Mimi now wanders the desert in Phoenix, AZ, and attempts to balance writing with a day career, fantastic family, and household diva: her Amazon parrot. 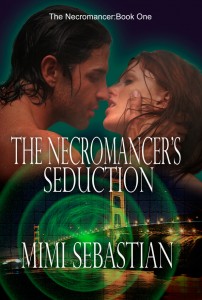 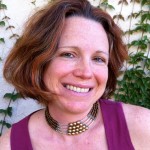