WARNING: Before clicking on any of the links in this article, please be aware that many of them go directly to Billy Tackett’s website.  Billy advises that those who suffer from heart problems, weak stomach, fear of the dark or a shortness of a sense of humor should never visit his website www.billytackett.com.

In order to better understand what makes the shambling horde shamble, it is important to employ only the brightest, the strongest, the bravest and most twisted of imaginations. The Zombie Survival Crew has hunted far and wide for new recruits, having successfully located loyal supporters of all colors, shapes and sizes. But even the best of the best are not always able to look at the enemy from inside out. Our elite Special Forces Brigade combines brawn, brains, creativity, and experience into a powerful, unstoppable force of sheer awesomeness to do just that. Just last week we introduced you to our Special Forces Commander, and this week we will begin to delve into those on his command.

For starters, who else but zombie mashup master and creator of the original Zombie Sam,  the world’s foremost Zombification Specialist™ Billy Tackett can bring us a unique, striking and honest perspective on our future foes? Few others have had the foresight to ask the most difficult questions of all, the what ifs of the upcoming Z-pocalypse. 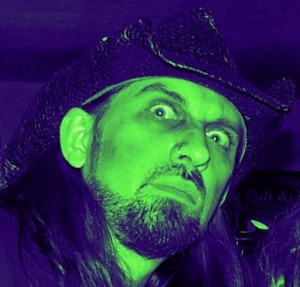 What if ‘monsterism’ is the next stage in natural evolution? Do we have the right to interfere with mother nature? Wouldn’t the killing off of werewolves, vampires or zombies be akin to genocide? Or at least the extermination of a species? Conservation should be the keyword. We live in a world filled with endangered species lists. I’m not sure we can justify killing off a creature just because it wants to eat us.

Billy’s approach to the growing undead problem may seem unorthodox, even controversial. Some may suspect he’s a sympathizer and a security risk… but the Zombie Survival Crew thinks otherwise. In a world changing rapidly before our eyes, a kill or be killed attitude is not only common, but for many it’s the only way they can imagine survival when the dead outnumber the living. Billy’s unique perspective is not only one that should not be be lightly cast aside, but may in fact hold the key to our survival in the days to come. Perhaps in better understanding that which we perceive as our enemy, we might find a way to survive and even co-exist in the next evolutionary era. 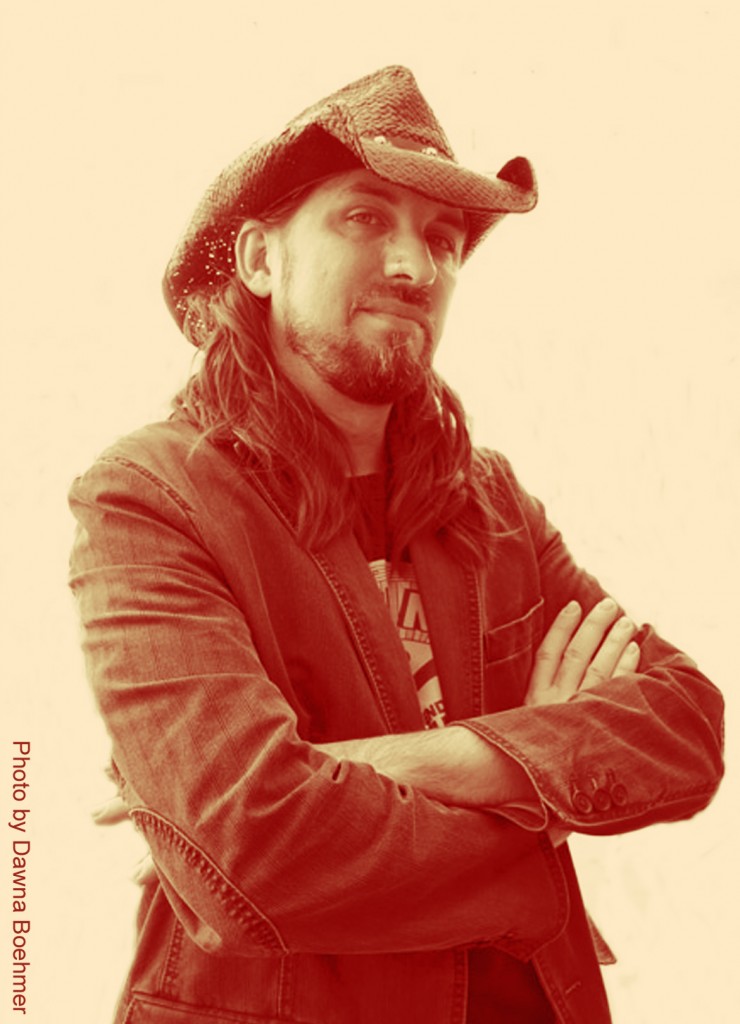 Billy hails from a rural Kentucky town, and little has been documented about his childhood. He began drawing zombies, vampires and other undead things that go bump in the night in the 1970’s. But you’ve seen his work. Everyone has, somewhere at some point in their lives. His work has appeared in magazines, book covers, as fine art and advertising illustrations. He has spent the last decade and more building a solid reputation and a loyal fan base from all walks of life. We’ve seen him on National Geographic, in Horrorhound and ImagineFX magazines. Billy’s always entertaining Daily Arting gives us something to look forward to as we struggle forward with the daily grind, and we strongly recommend an occasional dose of Splatter Art for everyone.

Among others, Billy has created brilliant cover art for authors Robert Silverberg, Shane Moore, Piers Anthony, Richard Lupoff and fellow Special Forces Brigade member Jonathan Mayberry. Billy’s Dead White & Blue comics series are a masterpiece of horror, patriotism, humor and ingenuity that no self-respecting zombie genre fan should ever miss. He has also recently launched his own line of apparel and merchandise, and his art book For the Love of Monsters is also available to all.

Billy is always on the move. He travels the country on an exhausting schedule, keeping in touch with fans, supporters and his fellow ZSC members at all times. Billy doesn’t actively recruit for the Zombie Survival Crew, choosing instead to educate and inform the public of the nature of Monsterism from a rarely-seen perspective. For his love of monsters and for decades of awe-inspiring artwork, we salute Special Forces brigade member Billy Tackett.

What’s New?
Billy will be appearing at GenCon in Indianapolis, Indiana and Cincinnati Comic Expo in August and September. Be sure to check the calendar for more!